How to Draw an American Eel 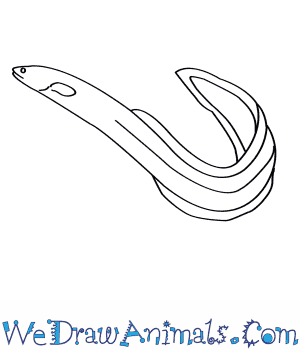 In this quick tutorial you'll learn how to draw an American Eel in 5 easy steps - great for kids and novice artists.

At the bottom you can read some interesting facts about the American Eel.

How to Draw an American Eel - Step-by-Step Tutorial 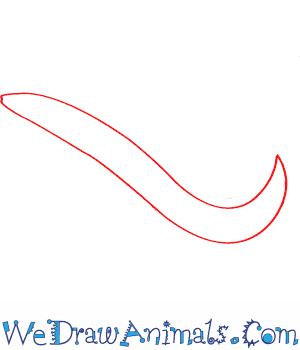 Step 1: Draw the outline of a thick hook shape. 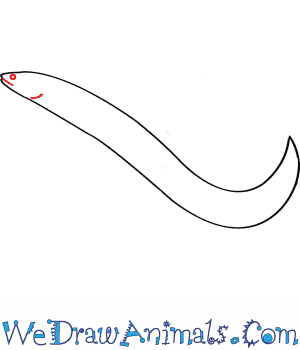 Step 2: In the round end, draw a small line with a tiny circle above it for a mouth and eye. Add a small curve behind this for a gill. Now it has a face! 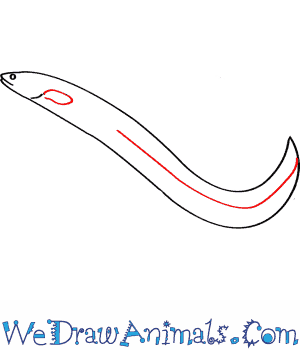 Step 3: Draw an oval behind the gill for a fin. Draw a line that goes from the midpoint of the body to the tip of the tail. 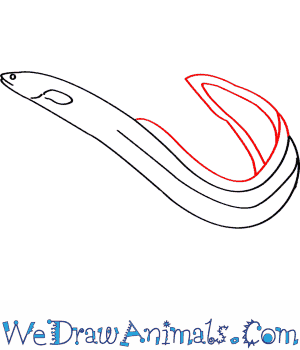 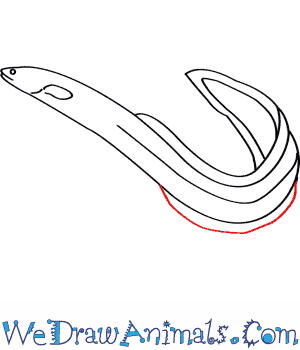 Step 5: Draw a curve along the bottom of the body for the other fin. You have drawn an American eel! You can color it a dark black or brown with pale underside. This creature lives along the east coast of North America. Its body is covered in a mucous layer, which makes it appear slimy and masks its scales.

The eels begin to migrate to the Sargasso Sea in fall where they will spawn in February. A female will lay ten to twenty million eggs in one season. The eels hatch to larvae and carried by currents to the Atlantic coast. Once they are two inches, they will move to freshwater rivers where they will remain for years until they mature. 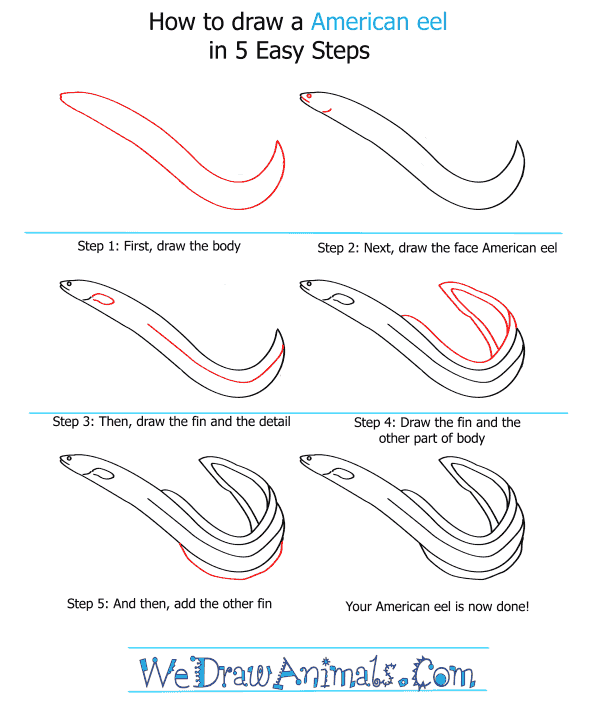 How to Draw an American Eel – Step-by-Step Tutorial