How to Draw an American Goldfinch 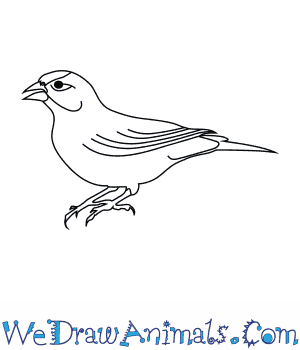 In this quick tutorial you'll learn how to draw an American Goldfinch in 6 easy steps - great for kids and novice artists.

At the bottom you can read some interesting facts about the American Goldfinch.

How to Draw an American Goldfinch - Step-by-Step Tutorial 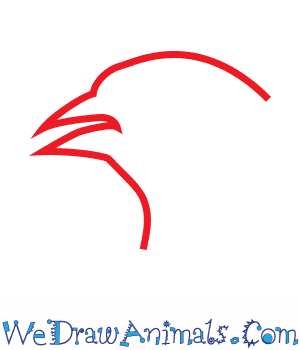 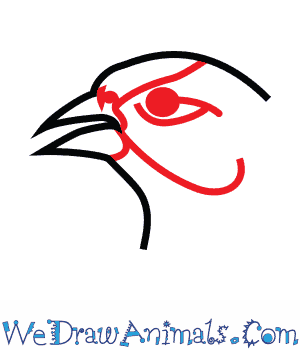 Step 2: Draw a curve near the point that closes off the beak, with a long hook coming out to the end of the head. Next to this, draw a dot with one curve under it and another to the side of it. Draw another curve at the top of the head to make a cap. 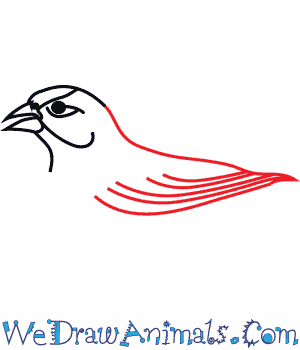 Step 3: Draw a long curve that goes down from the back of the head. Add several more curves that meet the end of this one in a sharp point. 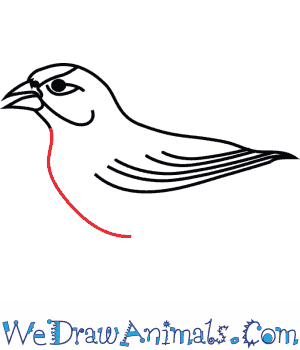 Step 4: At the base of the neck, add another curve for the belly. 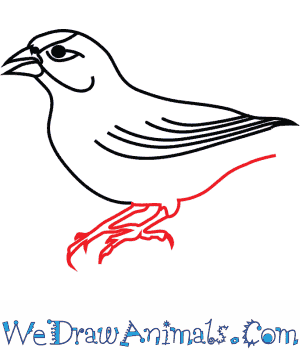 Step 5: Under the belly, draw two lines going down and forward that end in three lines going forward and one back. Repeat. Continue the belly curve from the legs up to the rear end, leaving a small gap. 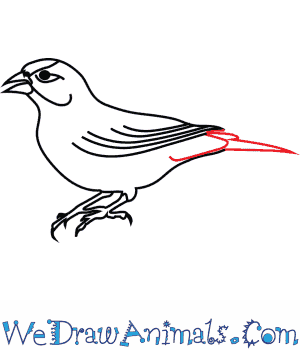 Step 6: In the gap, draw one large curve and one small curve on top of it, with a sharp point on the end. Done!

The American Goldfinch is a perching songbird that eats only seeds. Because of that it is very useful in spreading them around. The male of the species is a bright yellow with a black cap and black wings. The female is duller yellow, to the point she almost looks olive green. The birds like to live near gardens and residential areas. They nest in trees and bushes. American Goldfinches measure 11 to 13 centimeters long and have a wingspan of 19 to 22 centimeters. They can be found all over North America.

Activity: Draw two American Goldfinches side by side. Distribute the drawing to each student. Set out crayons, markers, and colored pencils. Ask you class to show what a male and female American Goldfinch look like. 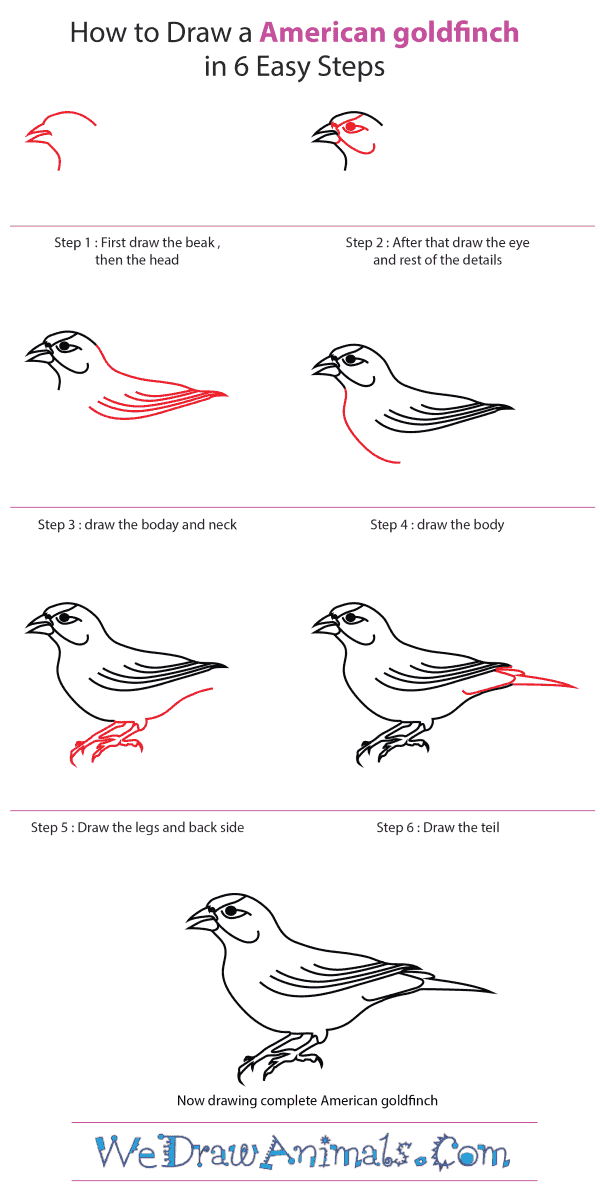 How to Draw an American Goldfinch – Step-by-Step Tutorial