How to Draw an American Robin 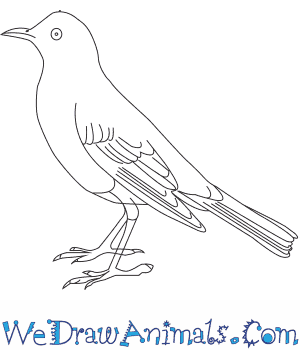 In this quick tutorial you'll learn how to draw an American Robin in 8 easy steps - great for kids and novice artists.

At the bottom you can read some interesting facts about the American Robin.

How to Draw an American Robin - Step-by-Step Tutorial 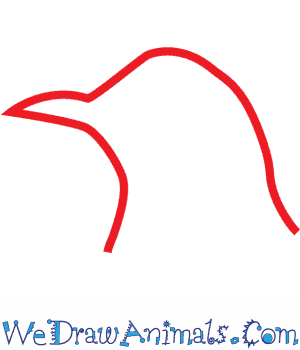 Step 1: To make the robin's head, draw a half circle with a narrow triangle for the beak. 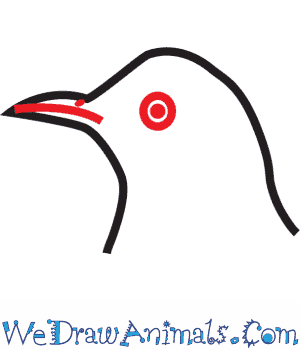 Step 2: Draw a circle with a dot in the middle for the eye. Draw a line dividing the beak in half and a small line going perpendicular from there to the top of the beak. 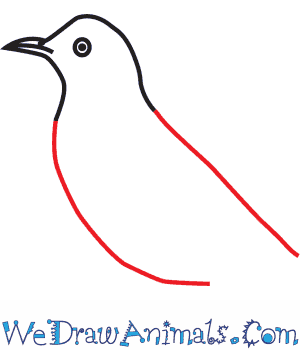 Step 3: When drawing the body, make a straight line down for the back, and a slightly curved line in front. 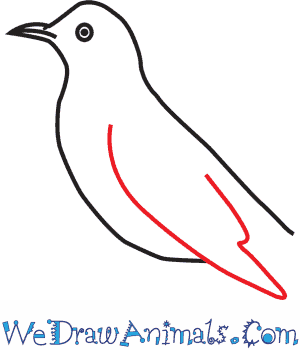 Step 4: Our robin will need wings if he is going to fly! Draw another curved line with a little zigzag in it as it moves up toward the back. 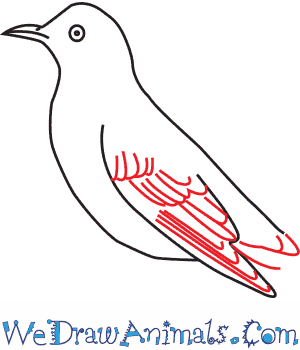 Step 5: Let's add some detail to the wing. Add three rows of long letter U shapes, making them progressively bigger. 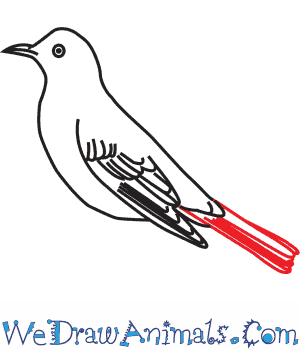 Step 6: We'll do the tail next. Make a skinny rectangle come down from the bottom. Add some straight lines for the tail feathers. 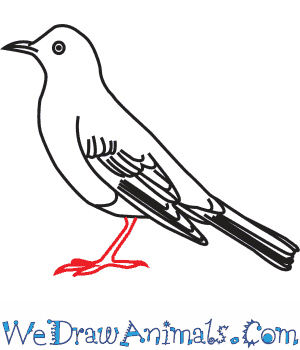 Step 7: Now for the right leg. Draw two lines down at a slight angle. Give your bird a few pointy toes in front, and one more in the back. 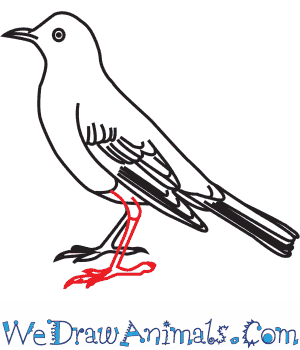 Step 8: The left leg is drawn mostly the same. Connect it to the body, just under the wing. That's it, you did it! If you would like to color your robin, they are grey-brown with orangey red bellies.

Interesting Facts about the AMERICAN ROBIN

The American Robin is a member of the bird family and the scientific term for them is Turdus migratorius. Another common name for this species is the Robin Hood. The name Turdus, means “Thrush” and the word migratorius, means “to go.” It is in the Thrush family because it is a worldwide relative of the Passerine, which has three toes pointing forward and one backward.

The songbird migrates within North America. It is dark grey with a yellow beak and a reddish orange chest, and is the state bird of Wisconsin, Michigan, and Connecticut. These birds are most active in daytime when they are solo, but they group together in flocks at night. Among carriers of the West Nile Virus, this bird is more resistant to the illness than the others. There are not many of these creatures, but they are the least concern for a possibility of extinction. 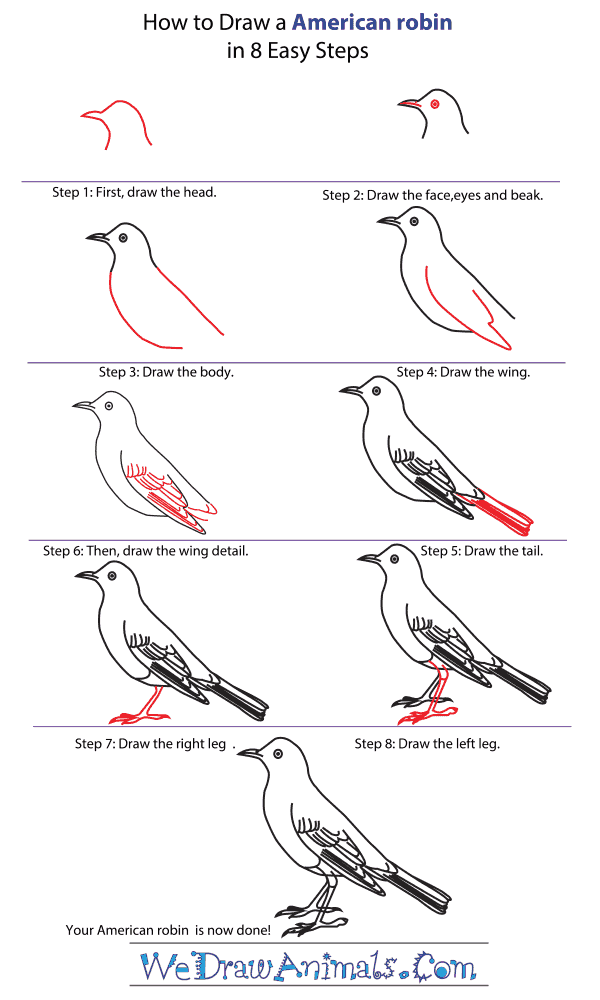 How to Draw an American Robin – Step-By-Step Tutorial