How to Draw an Andean Condor 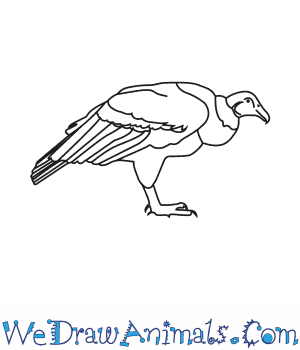 In this quick tutorial you'll learn how to draw an Andean Condor in 6 easy steps - great for kids and novice artists.

At the bottom you can read some interesting facts about the Andean Condor.

How to Draw an Andean Condor - Step-by-Step Tutorial 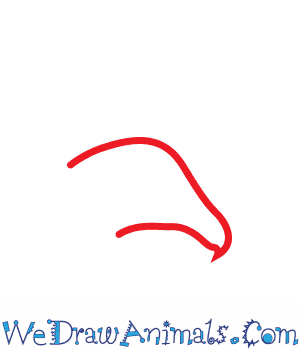 Step 1: Draw a large curve over a smaller one, whose ends meet in a sharp point. 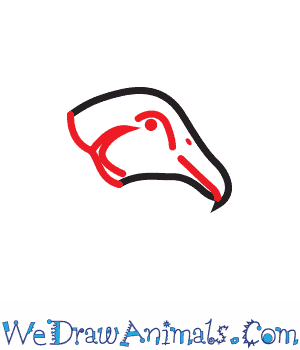 Step 2: In the point, draw a line with a dot over the end. Draw a larger dot with a curve over it near the top of the head, and two curves closing off the ends of the head. 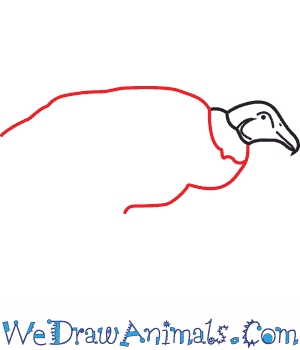 Step 3: Draw a large curve from the back of the head, and two smaller curves from the bottom of the head. Add another curve below the head that connects these lines. 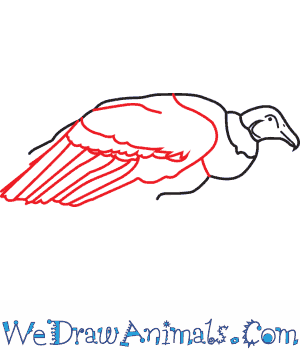 Step 4: Starting at the top of the back, draw a large curve that goes down, back, up, and returns to the back. Draw wavy lines in the top and straight lines in the bottom of this shape for feathers. Add a small curve that connects the lower side of the wing to the chest. 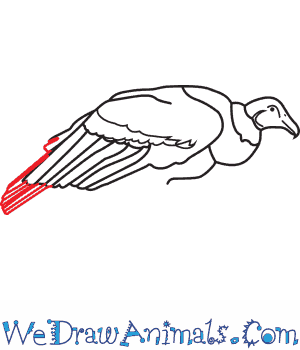 Step 5: Draw a rectangle with lines in it closing off the rear end. 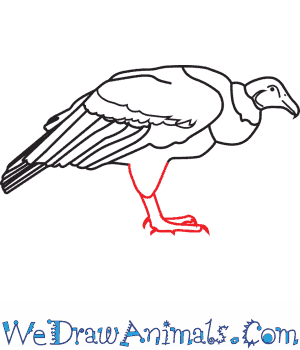 Step 6: In the gap between the chest and bottom of the wing, draw a downward-pointing curve. From the point, draw two lines straight down, that end in an L-shape. Add sharp curves to the back, front, and bottom of this shape. Draw a small curve behind and above the foot for a second foot. Done!

Andean Condors live in the Andes Mountains of South America. They are found in Columbia and Venezuela. Like all vultures, the Andean Condor is a clean-up crew. They eat dead animals and smaller live animals. Andean Condors are all black with white wings and they have a fuzzy white collar around their neck. They measure to 100 to 130 centimeters long with a wingspan of 320 centimeters. 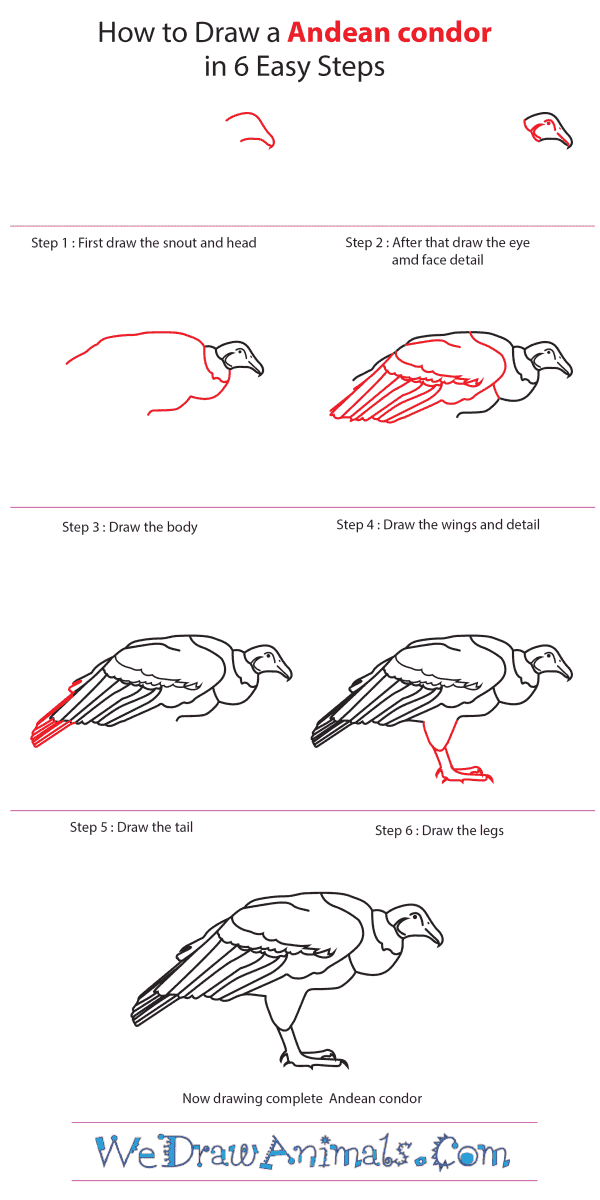 How to Draw an Andean Condor – Step-by-Step Tutorial

Next post: How to Draw Piglet From Winnie The Pooh

Previous post: How to Draw Tigger From Winnie The Pooh