How to Draw an Angelfish 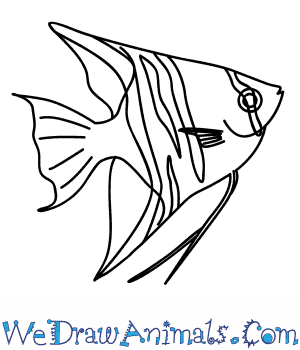 In this quick tutorial you'll learn how to draw an Angelfish in 9 easy steps - great for kids and novice artists.

At the bottom you can read some interesting facts about the Angelfish.

How to Draw an Angelfish - Step-by-Step Tutorial 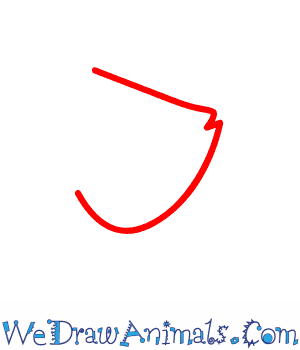 Step 1: The Angelfish lives in the water with big fins that point up and down! But lets start by drawing his head. First make a tiny sideways V shape for its mouth. Under that, draw a big curve to make his chin. Above his mouth, make a long straight forehead. 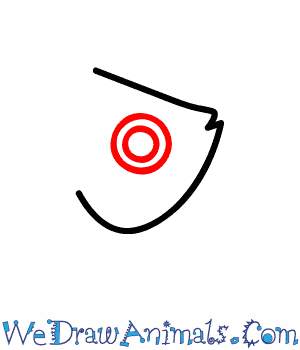 Step 2: In the center, draw a circle for his eye! Fish eyes have one circle in another circle, so make a slightly smaller circle inside the one you've drawn. 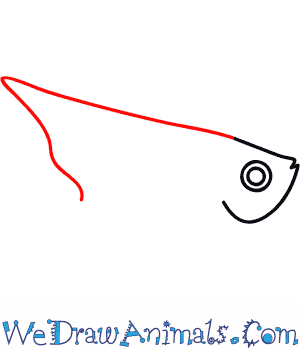 Step 3: Now we get to draw his first big fin! Draw a big upside down V that connects to the Angelfish's forehead. Don't be afraid to make it a bit squiggly. Fins are always a little squiggly. 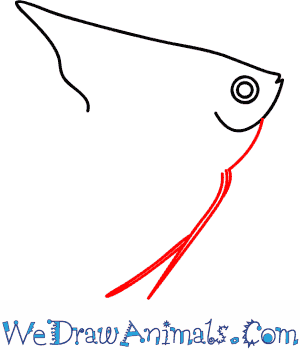 Step 4: Now let's draw a tiny pot-belly for the fish. At the bottom of his tiny belly, give the Angelfish has a long, thin fin that splits near the bottom! Make sure it curves back a little! 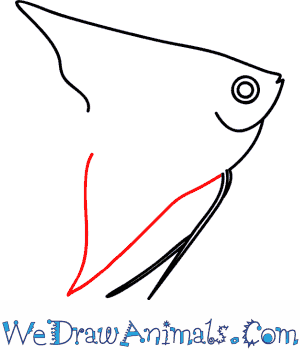 Step 5: Next we get to make the big bottom fin! Make it a V shape, just like the top fin. Make sure the top and bottom fin don't quite touch, to leave room to add a back fin later! 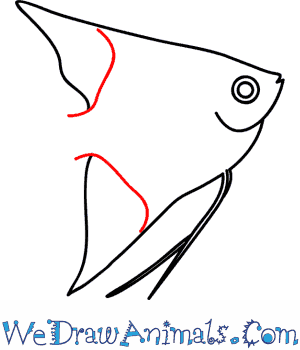 Step 6: Now for two curved lines, so you can give your Angelfish a clear body! This can be done by adding two U shapes. The top should be a sideways U shape, that starts about half way up the fin, and ends pointing backwards. The bottom should be another, upside-down U shape that also starts about halfway down the bottom fin, and ends up pointing back. 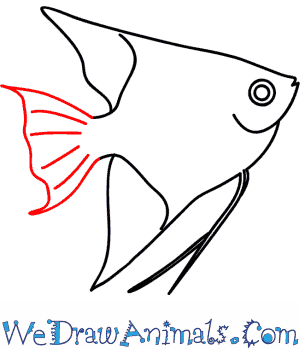 Step 7: Next we draw the tail! Its complicated, but its easy! The tail is shaped like a sideways umbrella. Make sure it curves at the top and bottom, with lines in the middle that follow the fin's curvy shape. 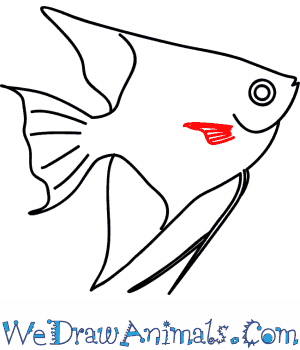 Step 8: We're almost done! Now your angelfish needs a small fin in the middle of its body. It be a few sideways stripes, that get longer at the top. If you're having trouble, try drawing a hand with closed fingers. 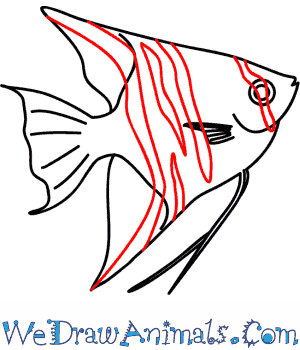 Step 9: Lastly, we will add stripes to our Angelfish! Angelfish have stripes so they can blend in with tall, long seaweed. Try to make the stripes look like strands of grass! And now you're done, and your Angelfish can swim & play with all his friends in the ocean.

Freshwater angelfish originate from the Amazon River, the Orinoco River, and the Essequibo River, which are located in South America. Marine angelfish live in salty oceans of Earth’s southern hemisphere.

Angelfish are one of the most popular fish kept in aquariums and as pets. They are attractive because of their unusual shape and color. Angelfish have stripes and their bodies are triangular. There are about 100 different species of angelfish, and there may be more to be discovered. New species are often discovered. 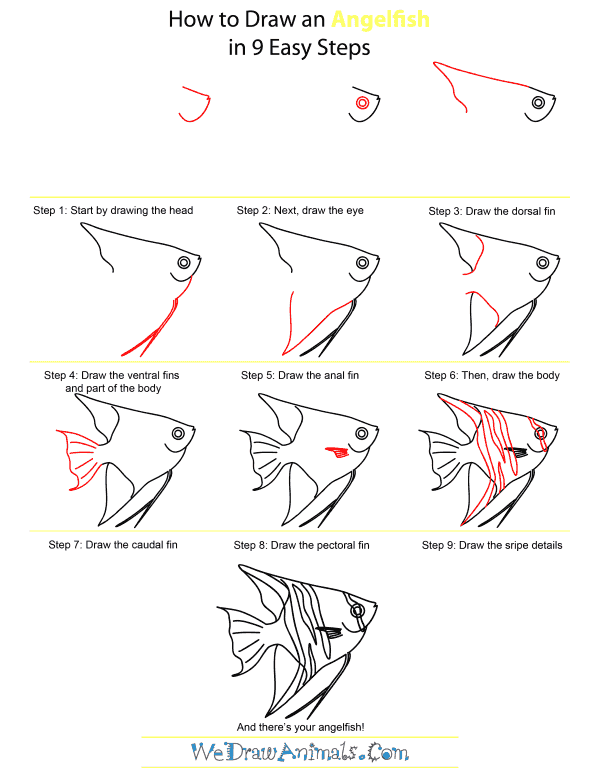 How To Draw An Angelfish – Step-by-Step Tutorial