How to Draw an Anteater 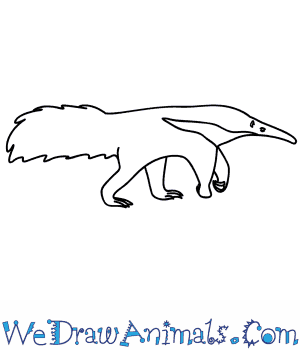 In this quick tutorial you'll learn how to draw an Anteater in 9 easy steps - great for kids and novice artists.

At the bottom you can read some interesting facts about the Anteater.

How to Draw an Anteater - Step-by-Step Tutorial 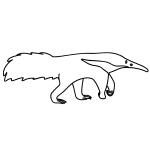 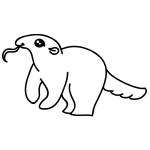 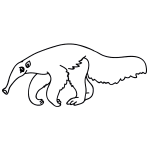 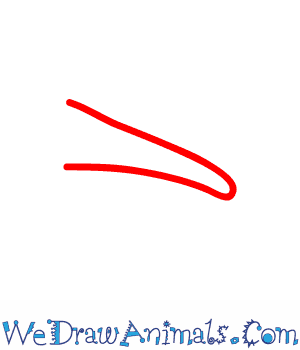 Step 1: The anteater is a funny looking animal with a long snout, good for sucking up ants! Start by making that snout. It should be a sideways, very long V shape. Try to make it round and not pointy! 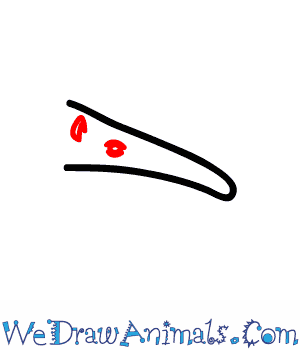 Step 2: Next, put in a small round eye near the base of its snout. Make sure to put an ear-hole in above and behind the eyeball. 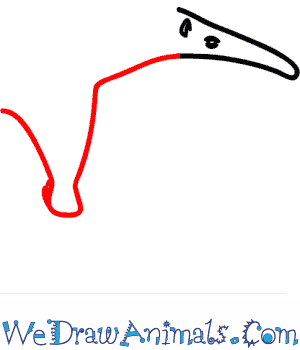 Step 3: Now we can draw its neck, shoulder, and front leg! Make sure its snout curves down just a little bit, making the next, then curve it almost straight down for the front of its leg. You can draw a U shape for his foot, before curving it back up to start drawing his belly! 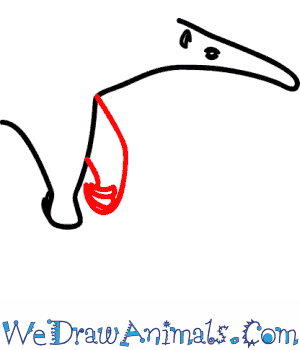 Step 4: Before making the rest of his belly, let's put in his other front leg! Just draw two curves next to each other, in front of the leg you've already drawn. Then draw some tiny finger-like claws where the curves meet! 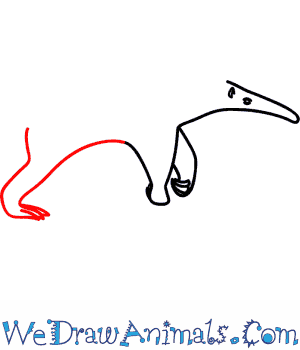 Step 5: Now we can draw the rest of his belly! It should curve down slowly at first, before turning into his back leg. If you're having trouble with the foot, try drawing a shape sock with claws on it. The other side of the leg should curve up into the anteater's hip. 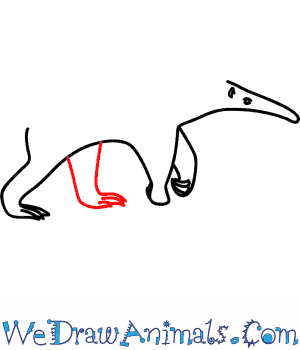 Step 6: Now make the other back leg. It should look like a sock shape coming down from behind, with claws on the end. 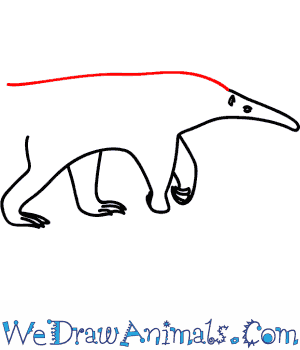 Step 7: We're so close to being finished! Now make a long, strong back for the anteater. It should curve up at first, before curving down, but being almost flat. 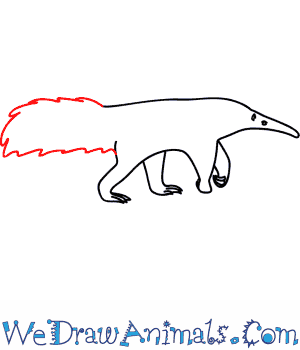 Step 8: Now make a busy tail, like a feather duster! Anteaters have very fuzzy tails, so the bigger and bushier the better! 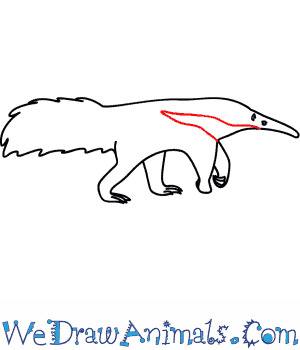 Step 9: Anteaters have a patch of very dark fur that starts under its chin and ends about halfway back across its body. Let's make sure yours has one too! It should be a squiggly, sideways V shape that starts just underneath its eyes, and just above its legs. Your antelope is done! Make sure to color in its dark patch that you just drew. You can color the rest gray and white if you want it to look like real Antelopes, or whatever colors you want if you don't!

Anteaters are toothless, nocturnal mammals. There distinct features are their long snout and long tongue. They use their claws to dig for ants and termites, and they use their long sticky tongues to gather and swallow their food. They are native to South America.

Anteaters, although generally quiet, can become quite aggressive against predators. When they attack, they stand on their hind legs and use their claws to fight. They also make loud bellowing noises to scare off animals that make them feel threatened. 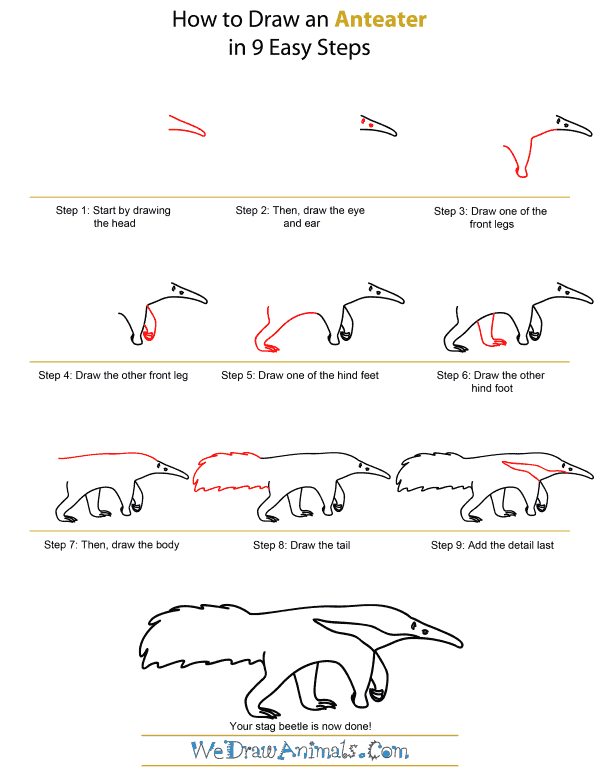 How To Draw An Anteater – Step-by-Step Tutorial