How to Draw an Antelope 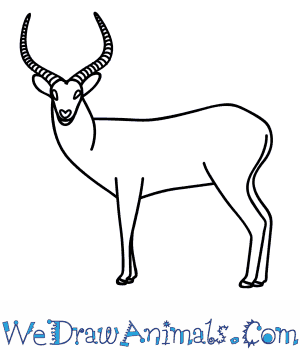 In this quick tutorial you'll learn how to draw an Antelope in 9 easy steps - great for kids and novice artists.

At the bottom you can read some interesting facts about the Antelope.

How to Draw an Antelope - Step-by-Step Tutorial 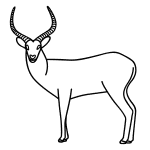 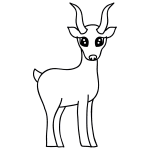 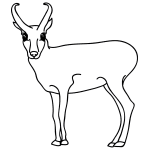 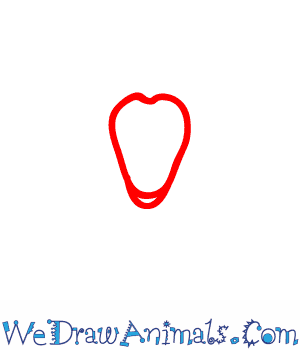 Step 1: You can draw the head by making a long heart shape, with two bumps at the top. Make sure to draw the Antelope's chin with an extra small curving line at the bottom. 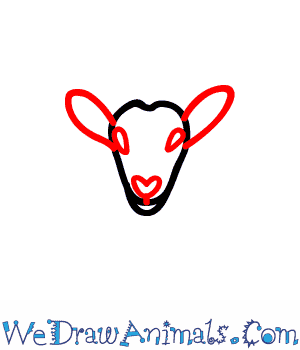 Step 2: Now for the face! The nose can be a very small heart shape, and you can use ovals to make the eyes and the ears! 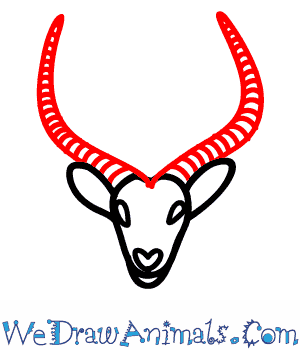 Step 3: Next draw the big, curvy horns! At first they should be shaped like V's, but half way up they should curve to point straight up! Remember to add all the horn's stripes! 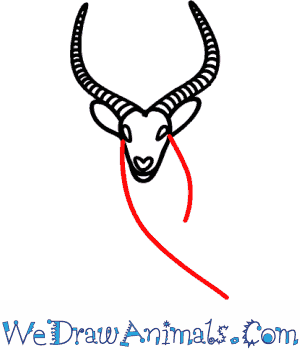 Step 4: The neck can seem a bit tricky, but its just two simple curves! The first one should stretch down to make his chest. The second curve should be short, just big enough to make the back of his neck. 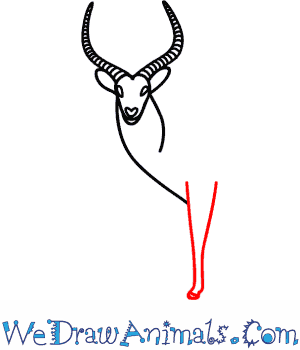 Step 5: Now for the front leg! Antelopes have long, thin legs, so make sure to draw it by making two lines that get closer, but never touch. At the bottom, draw a hoof, and now your animal can stand! 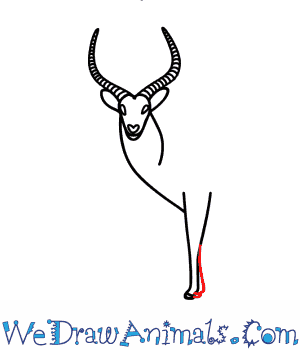 Step 6: Next draw his other front leg. This leg is hiding behind the other one, so you can only see his hoof. Just make a small line that peaks out behind the other leg, and curves towards the hoof. 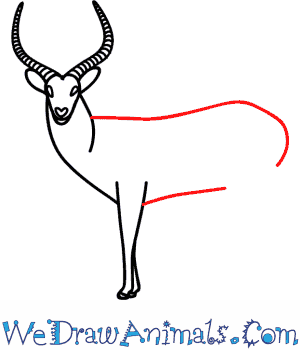 Step 7: Now for the rest of his body! Make sure to draw his belly, but leave room to put in his back legs. Also, make sure he has a strong back that curves into a small hump, before curving around to his rear. 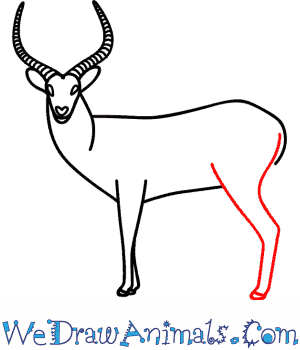 Step 8: The back leg is going to be different from the front, it needs to be bigger so the antelope can leap and run! Draw it with two lines. The first will start above its belly, and curve down, and turn towards the front very slightly! The second line should start very near the antelope's rear, and curve inward, before following the front line down to a hoof. 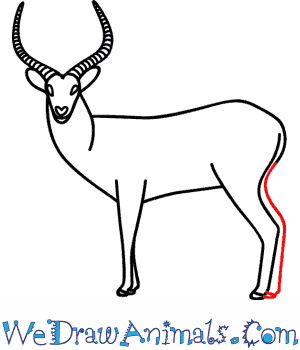 Step 9: Now to draw the very last leg. Its also hiding behind the back leg, and it is easy to make with just one line! Have it follow the curve of the other back leg, and make sure to end it in a hoof. Now your antelope is done! It can run and jump with all his friends. Try coloring your antelope brown, black, and white, like how they are in Africa!

Antelopes belong to the Bovidae family, and they are related to cows. The average size of antelopes depends on the species. The royal antelope is about 10 inches long, the size of a rabbit, and they weigh about seven to eight pounds. Eland antelopes are almost six feet tall, on average, and they weigh about 1,300 to 1,500 pounds. The shape of the antelope’s horns also depends on the species. 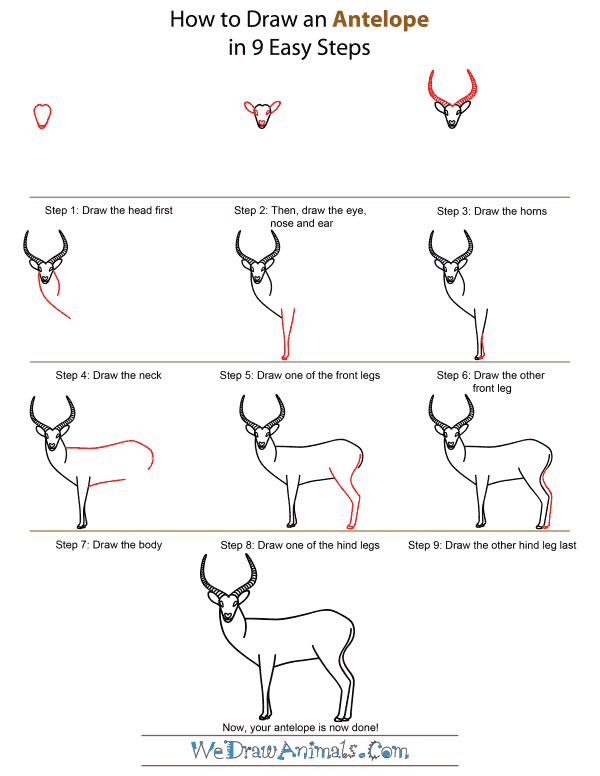 How To Draw An Antelope – Step-by-Step Tutorial