How to Draw an Armadillo 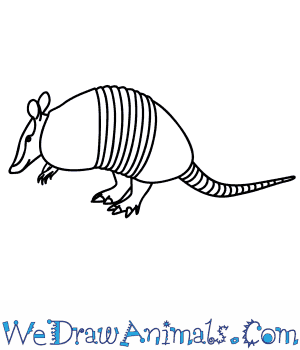 In this quick tutorial you'll learn how to draw an Armadillo in 9 easy steps - great for kids and novice artists.

At the bottom you can read some interesting facts about the Armadillo.

How to Draw an Armadillo - Step-by-Step Tutorial 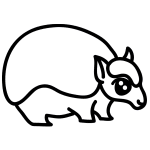 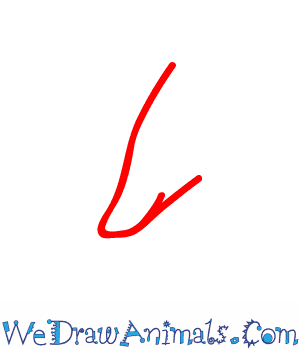 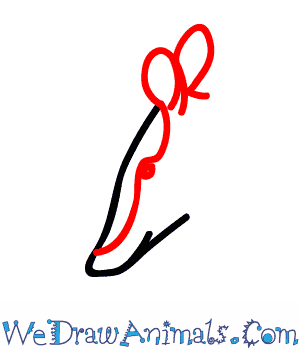 Step 2: Now you add in the Armadillo's face plate, eyes, and ears! The face plate looks tricky, but its easy. Just do two curved lines, starting at the top of its forehead, traveling down to just above the eyebrow you drew earlier. Then another curved line should go down and connect near to its nose. Put a small circle between these lines to make an eye, and two small ovals at the very top to make the ears. 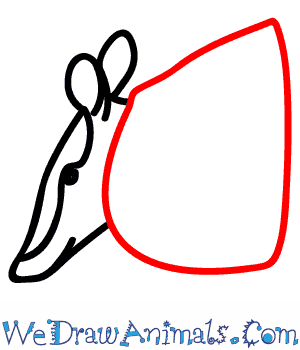 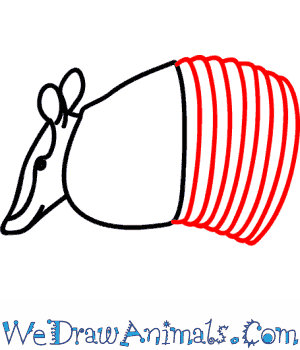 Step 4: Next we can put in the armored bands that help the Armadillo be protected while turning left and right! It looks like a lot, but its easy! Just draw 8 lines right next to the big backward D that you have already drawn. Then, connect the lines at the top and bottom with slightly bumpy lines. 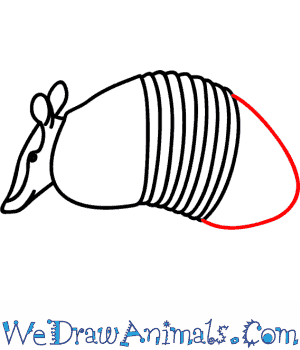 Step 5: Draw the rear of the Armadillo. Simply make a big curve that starts at the last armored band you drew on its back, and curves down and around to connect to the armored bands on its belly. 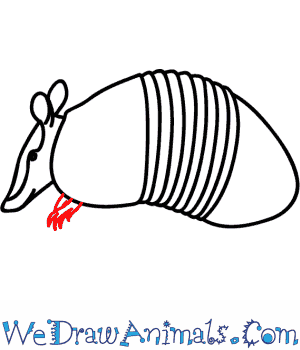 Step 6: Now draw little hands, so the Armadillo can pick things up and dig. The tiny hands have small claws on them too, so don't leave those out! 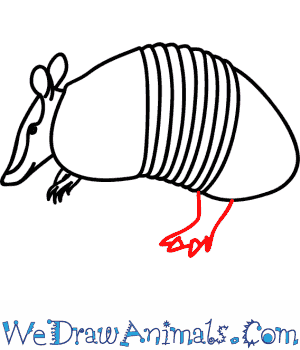 Step 7: Drawing the feet is easy. Just make a sock shape that extends down, just behind the bands you drew earlier. The end of the sock should have a few claws on it too. 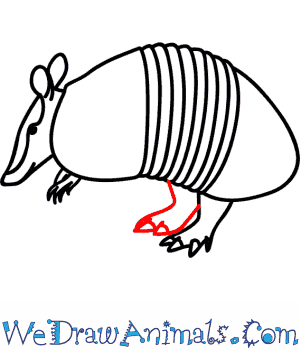 Step 8: The next foot should be the same, but drawn just a bit in front of the leg you've already drawn. 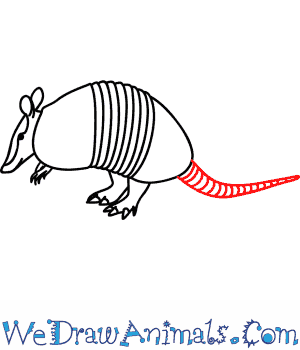 Step 9: Lastly you draw the tail! Just two curved lines that stretch back from his rear, and meet at a point. The Armadillo has stripes on its tail, so just add some lines to make those.

Armadillos are known for their armor-like backs. The word armadillo is Spanish for “little armored one.” Their shell covers their back, legs, tail, and head. Their snouts are either pointy or shaped like a shovel.

Armadillos live in temperate and warm climates throughout Latin America. They can be found in grasslands, semi-deserts, and rainforests. Some species of armadillos are at risk of becoming endangered. The nine-banded armadillo’s population is the only one that is growing. 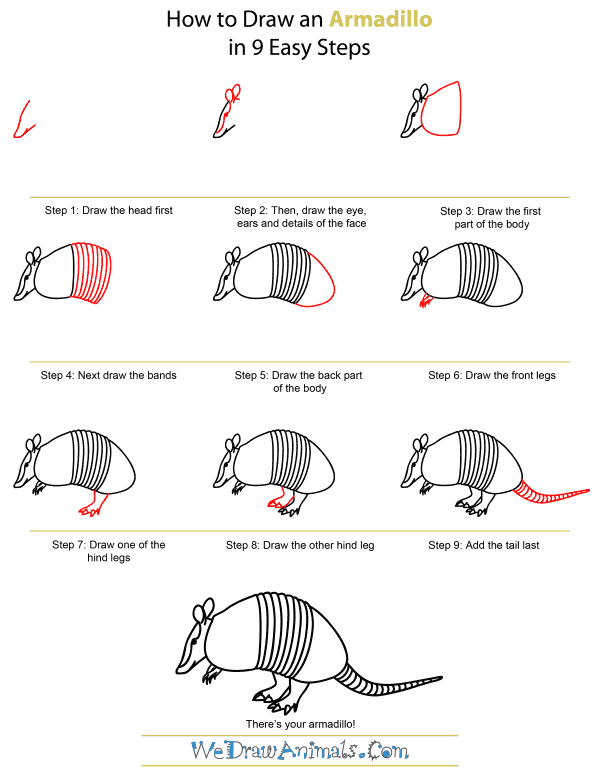 How To Draw An Armadillo – Step-by-Step Tutorial