How to Draw an Asian False Vampire Bat 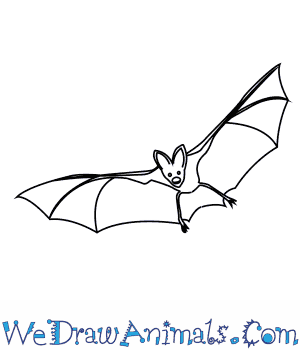 In this quick tutorial you'll learn how to draw an Asian False Vampire Bat in 7 easy steps - great for kids and novice artists.

At the bottom you can read some interesting facts about the Asian False Vampire Bat. 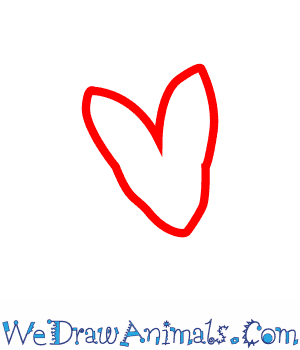 Step 1: Let's draw an Asian false vampire bat! To draw the head, draw the shape of a heart. Here's a tip: make a very deep line at the top part of the heart shape so that the ears are long! 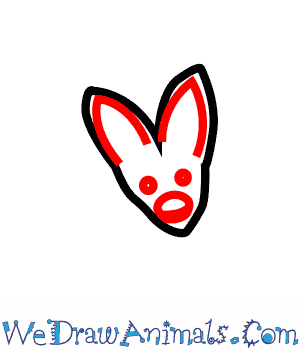 Step 2: Outline the ears by tracing lines alongside the inside of each ear. Draw two dots for the eyes and small oval for the nose. Here's a hint: the oval is laying on its side. 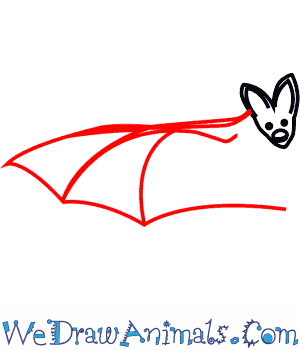 Step 3: From the head, draw a long line going out to the side. Making your way back to the body, draw a short curved line, then two more until you get back to the middle. Last, draw two curved lines across the length of the wing. 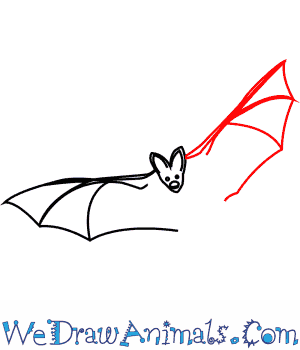 Step 4: Draw the other wing exactly like you did the first one! 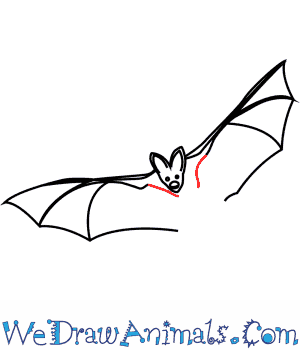 Step 5: From the inside of the wing, draw a curved line coming down the middle for the body. 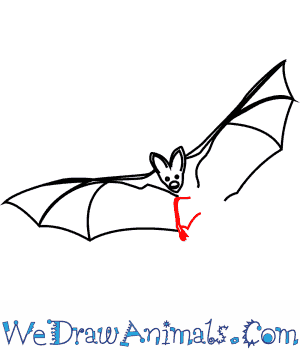 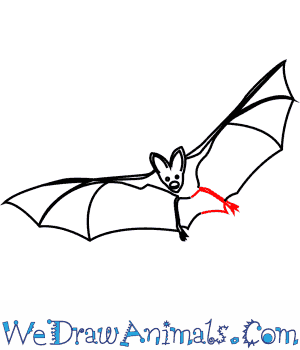 Step 7: Draw the other leg exactly like the first one. Don't forget the middle line to close up the bottom of the body. There's your Asian false vampire bat!

Asian false vampire bats, which are more commonly known as lesser false vampire bats, are native to South Asia and Southeast Asia. They prefer to live in wet habitats. Their name comes from the act that they are not true vampires since they do not drink blood.

Female Asian false vampire bats give birth to a single offspring between April and June. The baby is known as a pup. The mother carries her pup as she flies for two to three months after it is born. At that time, the young bat learns to fly on its own. 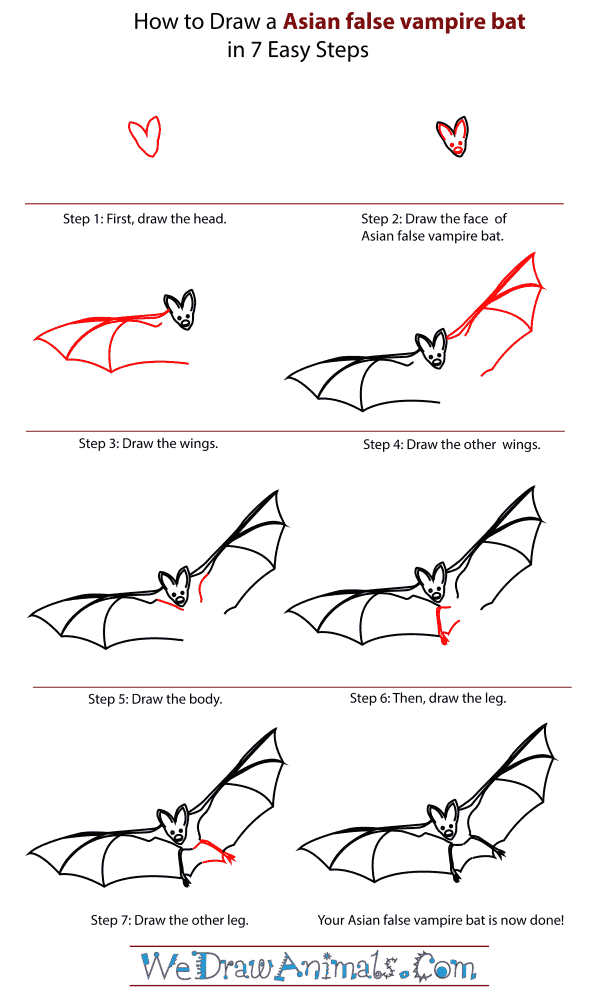 Next post: How to Draw an Asian Forest Tortoise