How to Draw an Argali 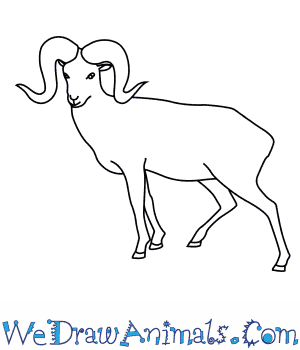 In this quick tutorial you'll learn how to draw an Argali in 7 easy steps - great for kids and novice artists.

At the bottom you can read some interesting facts about the Argali.

How to Draw an Argali - Step-by-Step Tutorial 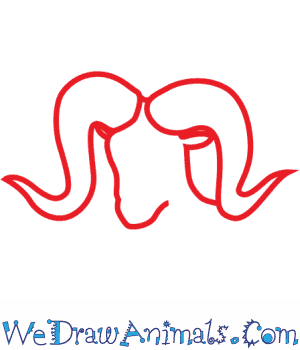 Step 1: Let's draw an argali! Draw a small V shape for the face and tiny ovals for the ears. Make sure the ovals are laying on their sides! For the horns, draw thick shapes that look like question marks, only the ends curve out into pointy tips! 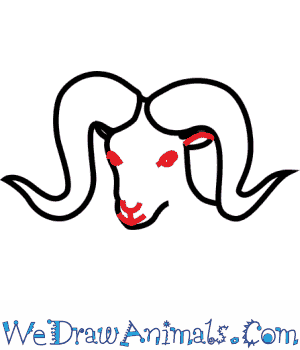 Step 2: Draw a tiny V shape for the snout and circles for the eyes. Now, give your argali a smile! 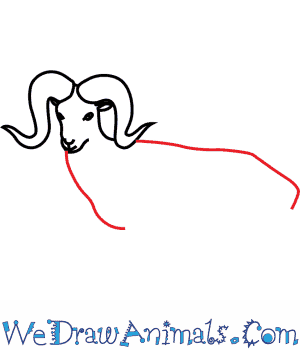 Step 3: From beneath the head, draw a short line going down the front. Then, draw a line across the back, curling it back to the front. 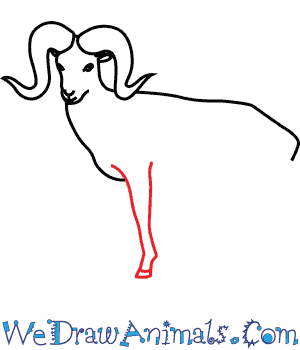 Step 4: Draw two long lines for the first front leg, making sure to trace a short line across the bottom of the leg for the hoof. 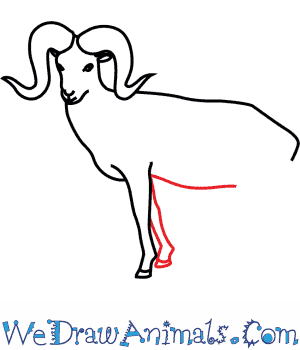 Step 5: Draw the other front leg like you did the first, having it peek out from behind. Now, trace a line across the bottom for the belly. 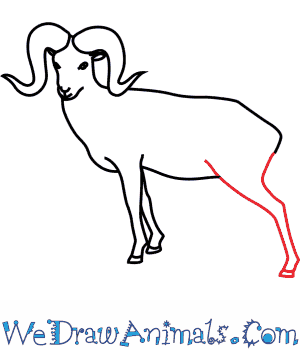 Step 6: Trace the first hind leg, next, with the lines being wide apart at the top, and getting closer and closer toward the bottom. 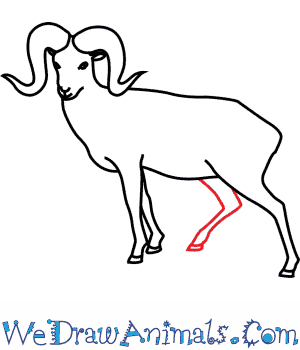 Step 7: Draw the last leg, by tracing it almost the same as the other hind leg, only draw the lines out to the side then inward again. Here's a hint: the leg looks bent this way! There's your argali!

Argali are wild sheep that are native to Asia. Some of the countries where they live are Russia, China, Pakistan, India, and Nepal. Their habitat varies from deserts to forests to grasslands, depending on which part of Asia they live.

Rams and ewes both have long horns, but males have larger ones. People hunt the rams for their horns, which can weigh as much as 48 pounds. Hunters make a lot of money from them, and so argali are on the verge of extinction. They are also hunted for their meat, and habitat loss has also threatened their population. 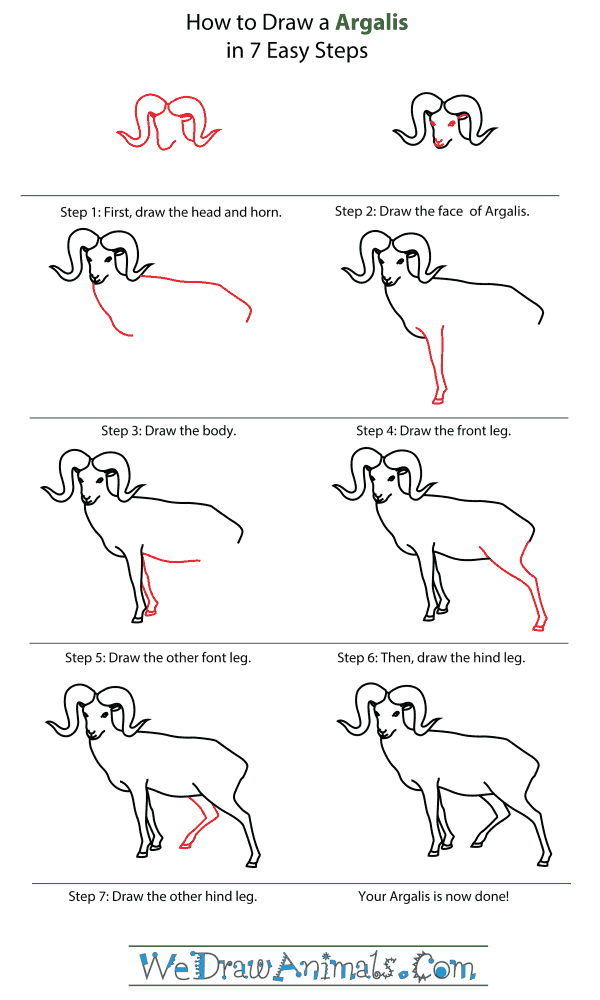 How To Draw An Argalis – Step-By-Step Tutorial

Next post: How to Draw an Asian False Vampire Bat