How to Draw an Asian Lion 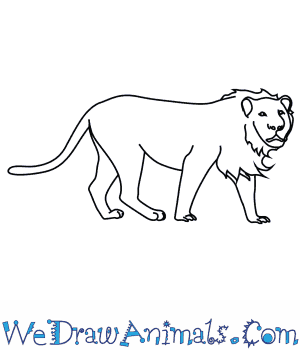 In this quick tutorial you'll learn how to draw an Asian Lion in 8 easy steps - great for kids and novice artists.

At the bottom you can read some interesting facts about the Asian Lion.

How to Draw an Asian Lion - Step-by-Step Tutorial 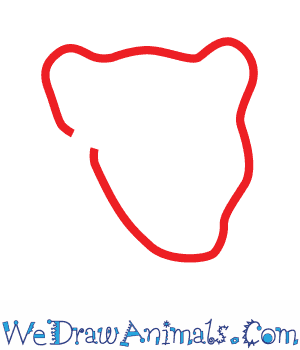 Step 1: To draw an Asian lion, start with the head. It should be a roundish shape, with two round knobs that make the ears. 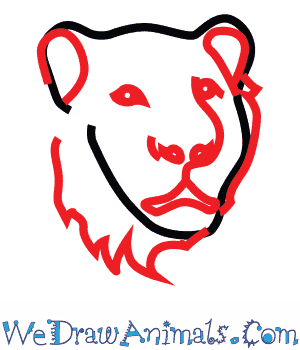 Step 2: Add some detail to the ears, and draw a pair of eyes, a large nose, and the mouth. 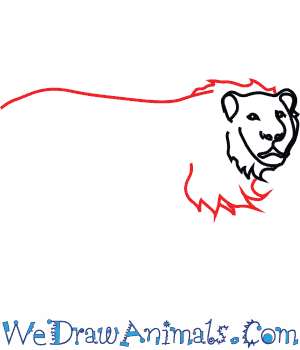 Step 3: Draw a long line for the lion's back, and draw in a shaggy mane. Only male lions have manes, which grow around their necks and even down their bellies! 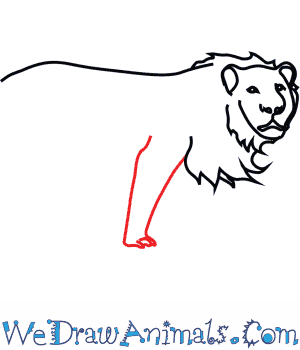 Step 4: Draw one of the front legs by drawing two lines down in a semi-straight line. Add a paw and some claws. 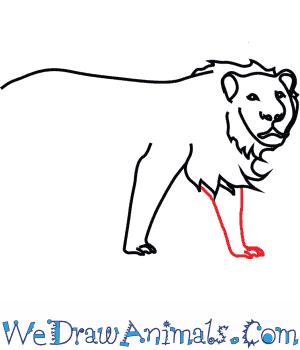 Step 5: Draw the other front leg a bit smaller than the first, and add a paw with claws. 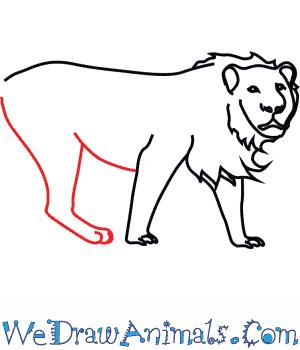 Step 6: Draw a line for the belly, and then a hind leg. The leg should be shaped like an 'L'. At the end, draw tiny lines to make toes. 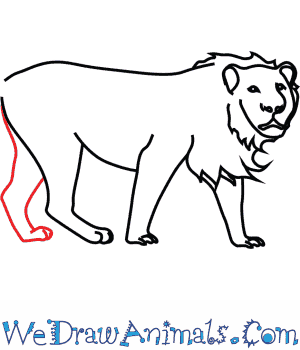 Step 7: Draw another hind leg behind the first. It will be a little bit smaller. 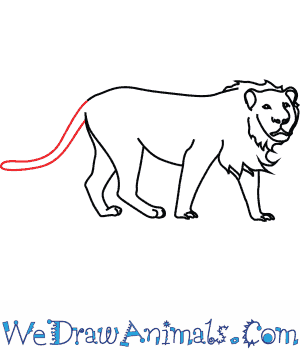 Step 8: Now draw a tail for your lion. Make it long, like a snake. Asian Lions are a yellow brown color. The Asian Lion is an endangered species. It only lives in a small region of India. They are smaller than their African cousins, but they are still just as mighty!

Asian lions, which are better known as Asiatic lions and also called Indian lions, only live in the Gir National Park in India. They are the cousins of African lions. Asian lions have bushier coats than their cousins, and the males’ manes are smaller.

Asian lions are the most endangered big cats in the world. They became endangered because of habitat loss and hunting. There are only about 350 left in the wild. People are trying to preserve their population, which is why they only live in the Gir National Park. The sanctuary, which is about 545 square miles, was established for them in 1965. Asian lions were almost extinct in 2010. 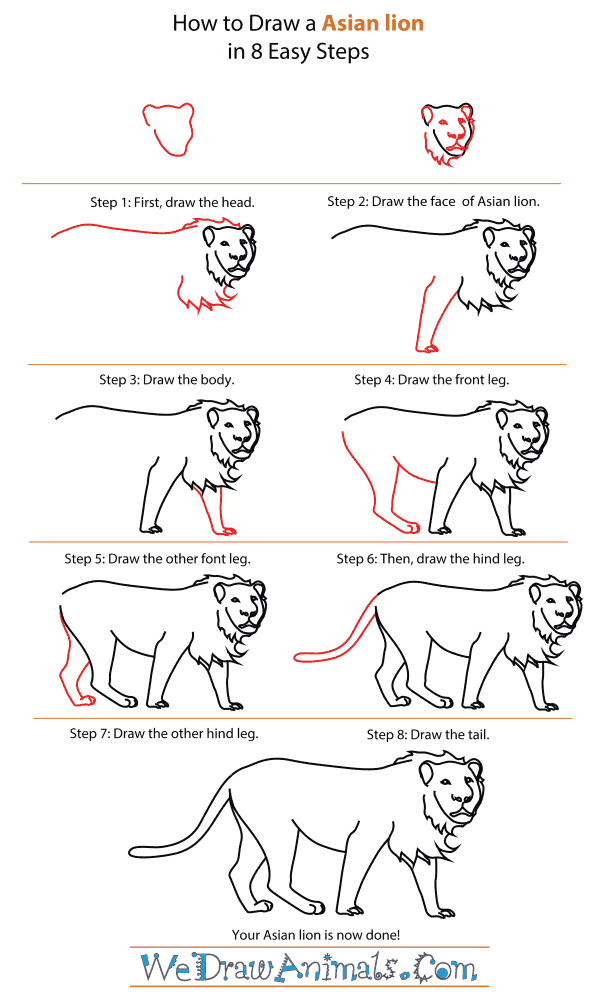 How To Draw An Asian lion – Step-By-Step Tutorial

Previous post: How to Draw an Asian Forest Tortoise