How to Draw an Asian Water Dragon 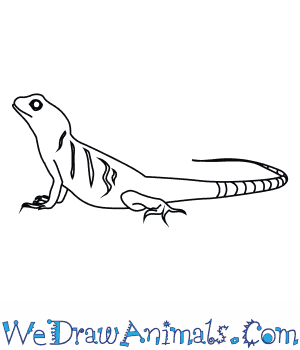 In this quick tutorial you'll learn how to draw an Asian Water Dragon in 8 easy steps - great for kids and novice artists.

At the bottom you can read some interesting facts about the Asian Water Dragon.

How to Draw an Asian Water Dragon - Step-by-Step Tutorial 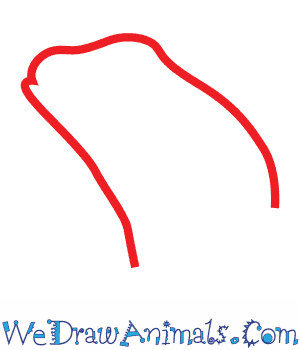 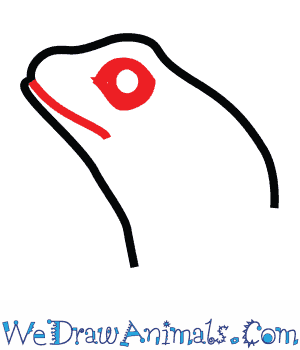 Step 2: Add a mouth by drawing a line, and a small circle for an eye. 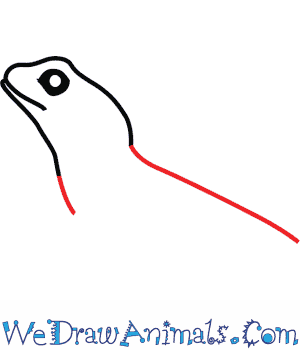 Step 3: Add a short line to the left side for the water dragon’s chest, and a long line on the right for its back. 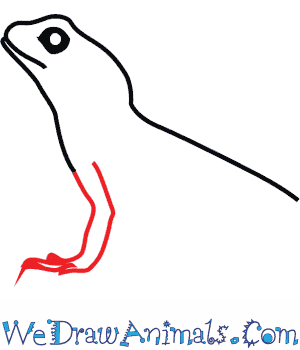 Step 4: On the line for its chest, add two narrow lines that curve like a backwards ‘L’ to make a leg. At the end, add some long toes with long sharp claws on them. An Asian water dragon uses its claws to help it catch its food. 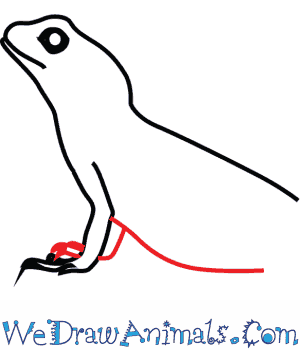 Step 5: Draw another leg behind the first one, and add a longer line to create the water dragon’s belly. 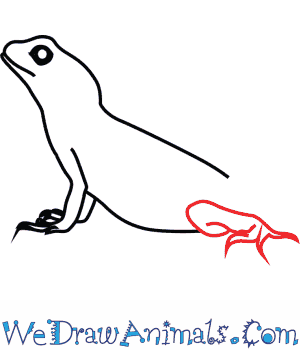 Step 6: To add a hind leg, draw a line that looks like an upside down ‘U’. Add a smaller line in the middle of it, and at the end of the leg, add three toes with sharp claws to like a fork. 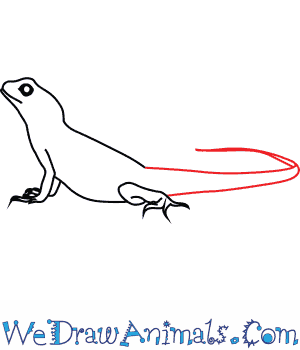 Step 7: Add a long curving tail that is thick at the base, and narrow at the tip. 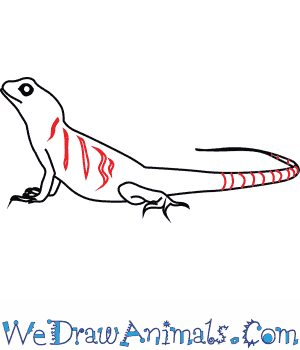 Step 8: Finally, draw some wide stripes on the water dragon’s sides and small rings on his tail. You’ve drawn an Asian water dragon! They are normally bright green with yellow or brown rings on its tail.

The Asian water dragon is also known as the Chinese water dragon, Thai water dragon, and green water dragon. Its scientific name is Physignathus cocincinus. These lizards are native the eastern and southeastern regions of Asia. They can also be visited at zoos around the world, and people keep them as pets.

Asian water dragons have a “third eye,” which is a small dot located between their eyes. This dot is called the pineal gland. It helps them sense different shades of light. It also helps them sense when predators are nearby so that they can protect themselves. 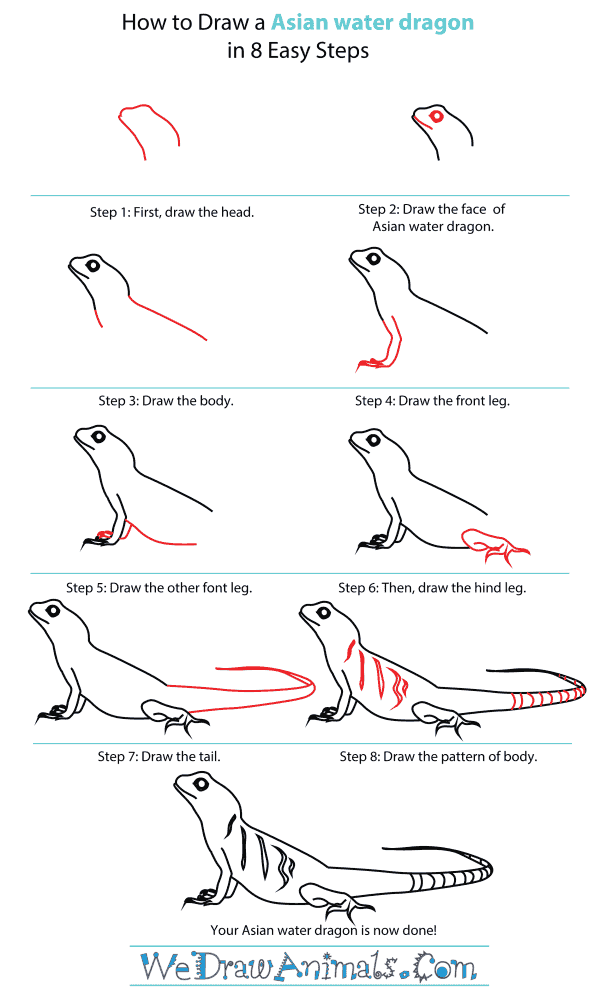 How To Draw An Asian water dragon – Step-By-Step Tutorial

Previous post: How to Draw an Asian Water Buffalo