How to Draw an Atlantic Cod 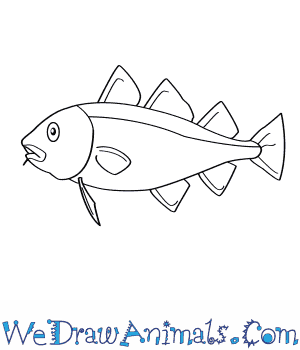 In this quick tutorial you'll learn how to draw an Atlantic Cod in 5 easy steps - great for kids and novice artists.

At the bottom you can read some interesting facts about the Atlantic Cod.

How to Draw an Atlantic Cod - Step-by-Step Tutorial 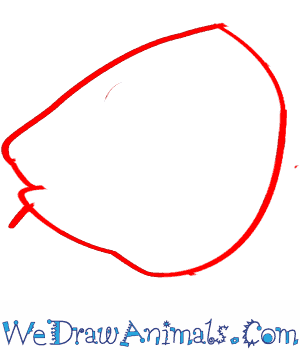 Step 1: Draw a sideways cone shape. Make an indent for the mouth. This fish looks like he has whiskers, so draw a small straight line under the mouth. 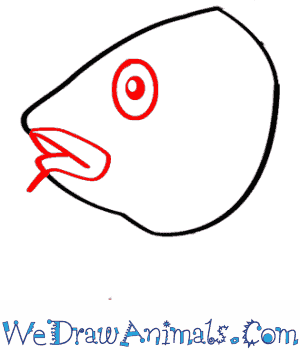 Step 2: Now we draw a circle for the eye with a smaller circle inside it. Color in the small circle to give it more detail. Give your fish some lips. 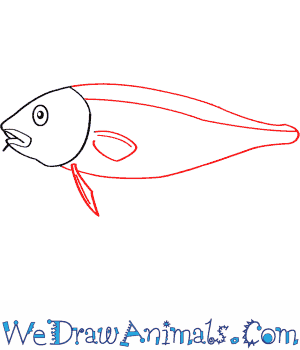 Step 3: Next, we draw the body. It is a wishbone shape that is rounded at the end. Draw a line toward the top of the head that meets the middle of the wishbone. Add a fin near the bottom and one on its side. 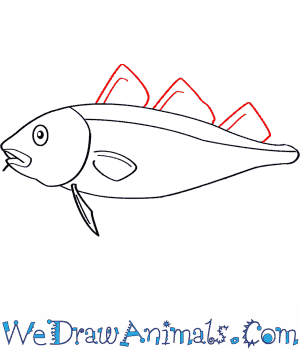 Step 4: Add three more fins to the top. They are boxy. 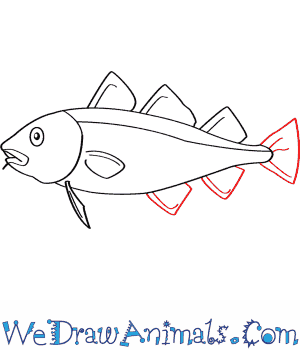 Step 5: Then, draw two more of the same fins on the bottom of your cod. Last, add a triangle tail at the end of your cod. Does he look familiar? You may have seen--or even eaten--one of these before! They are very common both in the ocean and in seafood dishes. If you want to color your fish, they can be brown or green. The stripe along its side is very visible.

Atlantic Cod is one of the most popular fish for fishing. They are found in the Atlantic Ocean all the way up the cold waters of the north. A Cod can grow 2 meters long. They are a brown green color and have a line you can see down its side called a “lateral line.” Atlantic Cod will eat smaller fish and smaller animals like worms, bugs, and such. Atlantic Cod are able to reproduce at 2 to 3 years of age. They go to spawning ground on the ocean floor and lay eggs for the visiting males. Females can produce millions of eggs!

Activity: Break out that favorite Cod recipe. Cook it up for your picky eater and expose them to fun of trying something new. 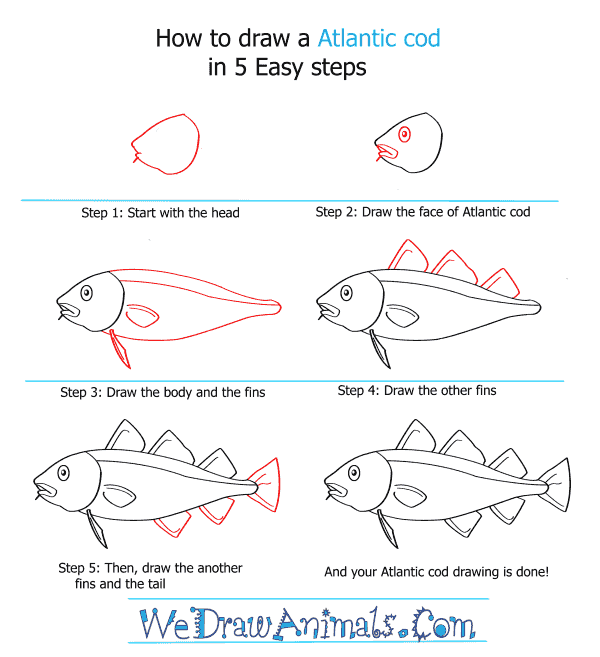 How to Draw an Atlantic Cod – Step-by-Step Tutorial

Previous post: How to Draw an Atlantic Bluefin Tuna