How to Draw an Axolotl 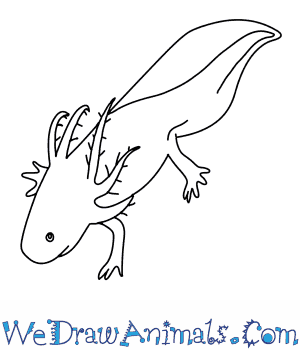 In this quick tutorial you'll learn how to draw an Axolotl in 9 easy steps - great for kids and novice artists.

At the bottom you can read some interesting facts about the Axolotl.

How to Draw an Axolotl - Step-by-Step Tutorial 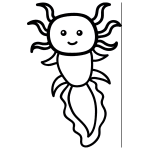 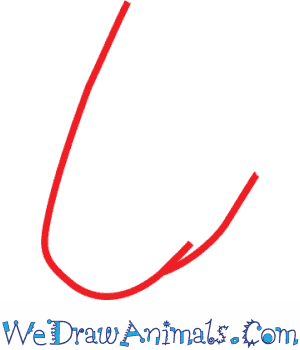 Step 1: The Axolotl is a type of amphibian that looks like a Salamander…let's draw one! Start with a 'U' shape at a small angle. Add a tiny line at the bottom for the mouth. 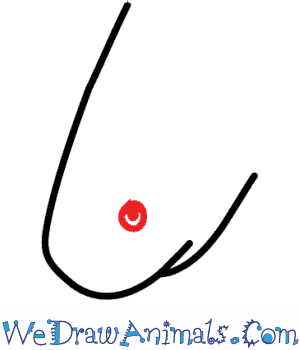 Step 2: Now for the eye, draw a small circle above the mouth with another smaller circle inside of that. The Axolotl does not have eyelids! 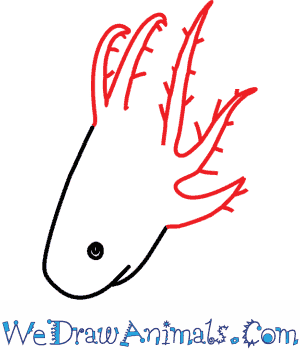 Step 3: Let's add the unique gills. Draw several long lines out that point at the end, like tentacles. Then, add small lines throughout each stem. This animal cannot breathe air, so the gills have to stay underwater at all times for it to breathe. 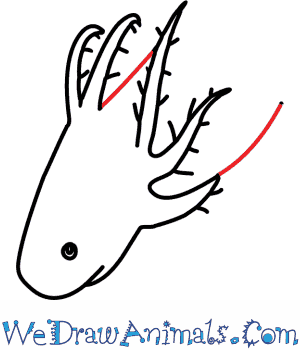 Step 4: Draw a straight line for the back. For the tummy, draw a curved line just before the bottom gill. 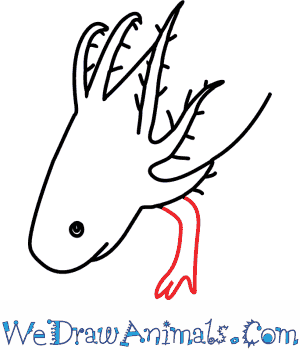 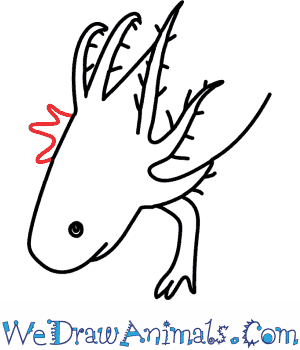 Step 6: Now add the second leg by adding a few round points on the other side of the head. 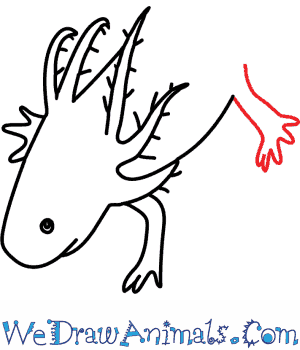 Step 7: Add the first hind leg by making a another small tube shape, but this time, add 5 smaller toes at the end. 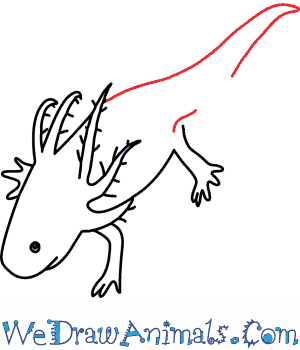 Step 8: Draw the tail by making two long curved lines that meet at a point at the end. Also, add a small curved line on top of the hind leg. 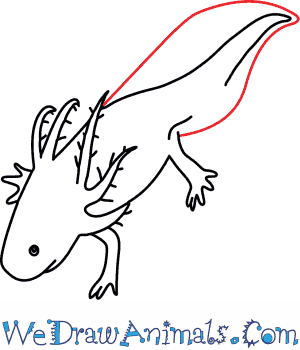 Step 9: Lastly, add a big leaf shape outside of the tail for the fin of the Axolotl, and you're done! You can yellow for the body and head. The gills are bright red.

Interesting Facts about the Axolotl

The Axolotl is a very unusual type of amphibian that also goes by the name Mexican Salamander or Mexican Walking Fish. As you may have guessed from the alternate names, this creature is a salamander that became fully grown without going through complete metamorphosis. They never develop their lungs so that they can travel onto land, and instead keep their gills and remain underwater.

Since 2010 these strange salamanders were very near extinction due to the urbanization of Mexico City, where they originate from, which has led to pollution of the waters. In 2013 research showed that there are no longer any surviving axolotl left in the wild.

How to Draw an Axolotl – Step-By-Step Tutorial

Next post: How to Draw an Orangeblack Hawaiian Damselfly

Previous post: How to Draw a Rabb’s Fringe-Limbed Treefrog