How to Draw an Earthworm 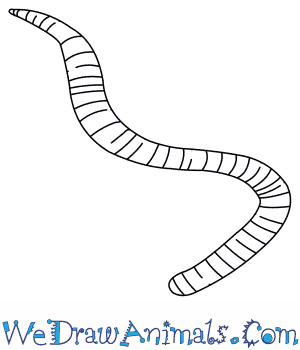 In this quick tutorial you'll learn how to draw an Earthworm in 4 easy steps - great for kids and novice artists.

At the bottom you can read some interesting facts about the Earthworm.

How to Draw an Earthworm - Step-by-Step Tutorial 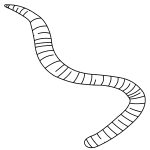 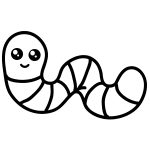 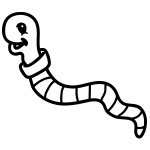 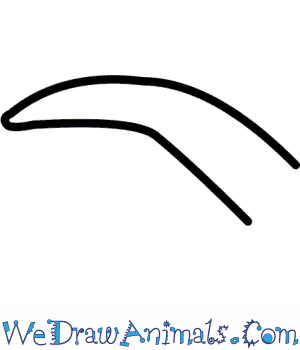 Step 1: To draw an Earthworm, start with two curved lines that meet at one point. 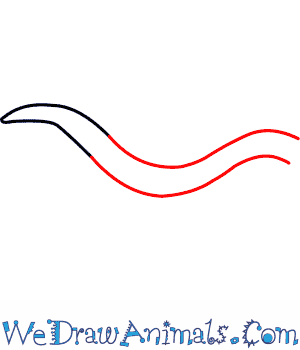 Step 2: Next, use two curvy lines to make the 'S' shape of the worm. The Earthworm does not have a spine and pushes itself through dirt to get around. 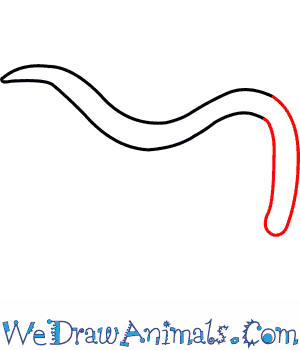 Step 3: Finish the body with two lines going down that finish in a round end. An Earthworm’s body may be round, but it can flatten its tail part. 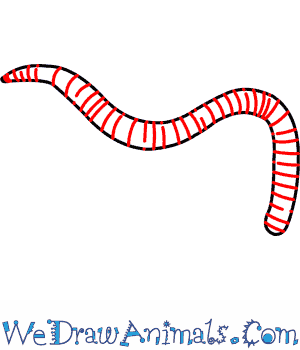 Step 4: For the pattern, draw slightly curved lines all the way down the body. You can color your Earthworm dark brown, with a little bit of red and pink.

The Earthworm was brought over to the United States. It first lived in Europe. The animal does not have a spine and pushes itself through dirt to get around. Earthworms are very common. The slimy worm is red and pink in color. It measures to about 20-25 centimeters and it is separated into pieces. Each piece of the worm has hair so it can move through soil. Earthworms like to eat dead things. They like dead plants, dead animals, and things that have rotted.

Activity: A fun class activity is an Earthworm farm. Take a clear plastic container and drill holes into the top (if there is a lid.) Find a quiet and dark place away from sunlight. Sunlight will dry a worm out and kill it. Pour layers of sand and soil into the container. The top should always be soil. Next add food scraps and paper for food. It has to be things that decompose like fruits, vegetables, and other plants. Add some earthworms and let it sit. When the newspaper has disappeared the worms have done their jobs. 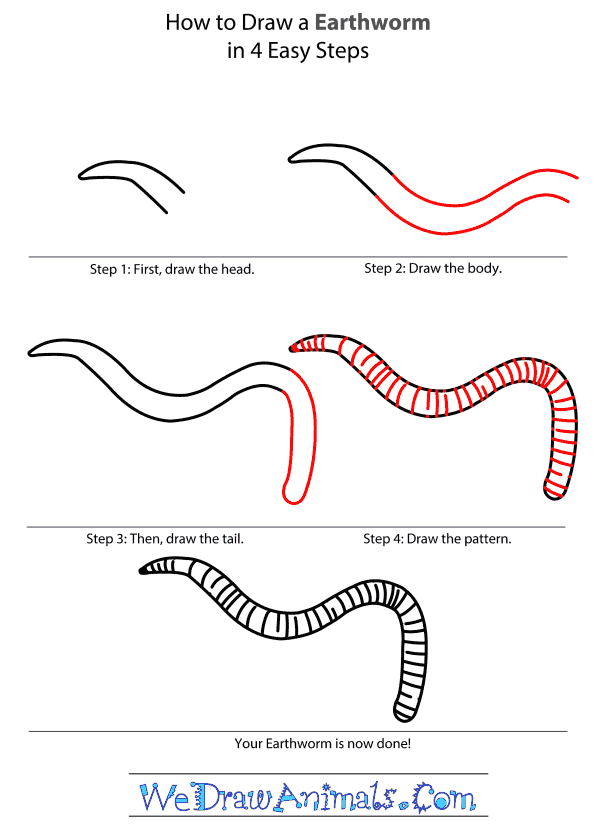 How to Draw an Earthworm – Step-By-Step Tutorial

Next post: How to Draw a Great Blue Heron