How to Draw an Eastern Meadowlark 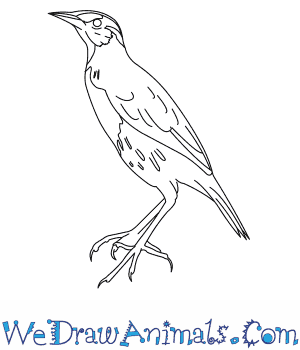 In this quick tutorial you'll learn how to draw an Eastern Meadowlark in 6 easy steps - great for kids and novice artists.

At the bottom you can read some interesting facts about the Eastern Meadowlark.

How to Draw an Eastern Meadowlark - Step-by-Step Tutorial 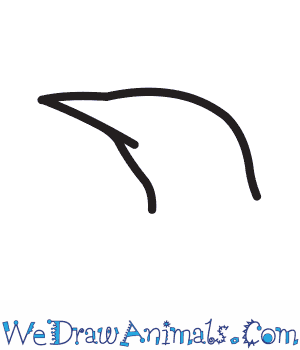 Step 1: First, draw the small rounded head of your Eastern Meadowlark. Create a beak that is large and comes to a sharp point. 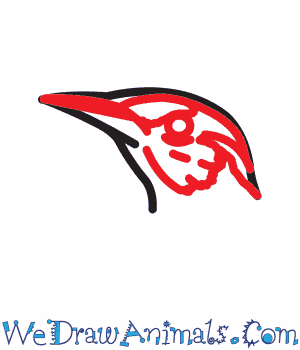 Step 2: Next, draw the body by making two slightly curved lines for the belly and back. Add thick lines of various sizes for the feathers of your bird. 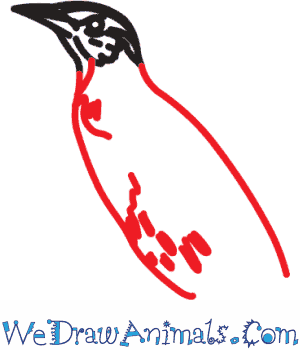 Step 3: Then, draw a short tail by drawing four lines that merge together at the bottom for the end of the tail. 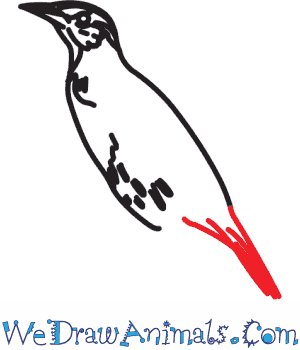 Step 4: Draw the wing by making a curved line that starts on the left side of your bird and ends at the back right of its body. Add details to the wing like the ones you see here. 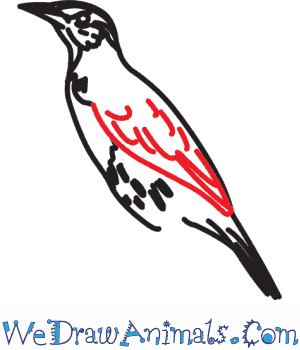 Step 5: The last step is to draw the long legs of your bird. The feet of your bird should have three sharp points for the nails.

Interesting Facts about the Eastern Meadowlark

The Eastern meadowlark lives in North America and northern South America. They prefer grasslands and prairies. This bird is a ground forager and eats mostly insects but also feeds on seeds, fruits, and grains. The Eastern meadowlark grows from 7.5 to 10.2 inches in length, has a wingspan of 13.8 to 15.7 inches, and weighs 3.2 to 5.3 ounces. This species has a short tail and long, spear-shaped bills. They are brown with black patches and have a yellow chest with a black V across it. Eastern meadowlarks can usually be found walking on the ground or flying low to the ground.

Lesson plan note: Give each child a piece of green construction paper. Have them color a grassland habitat. Then, cut out pictures of an Eastern meadowlark for each child. Have them glue their birds into their habitats. 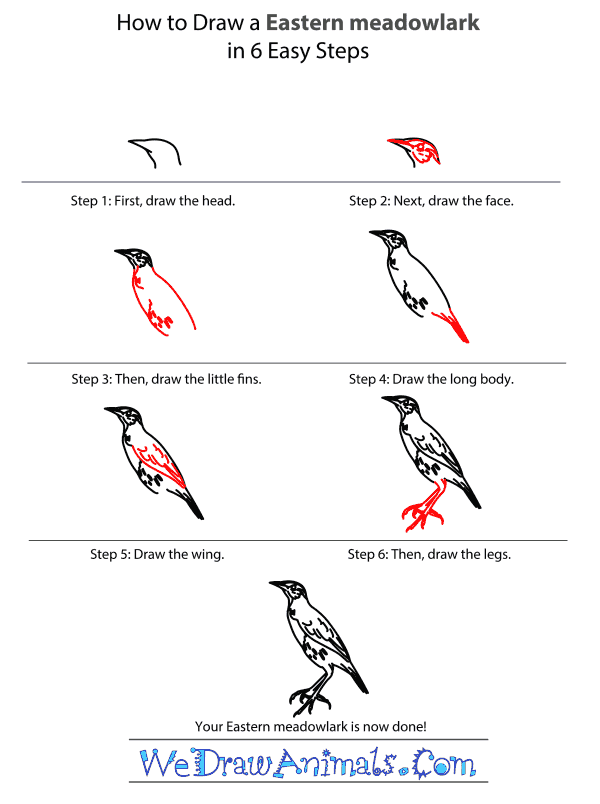 How to Draw an Eastern Meadowlark – Step-by-Step Tutorial

Next post: How to Draw an Eastern Ribbon Snake