How to Draw an Eastern Ribbon Snake 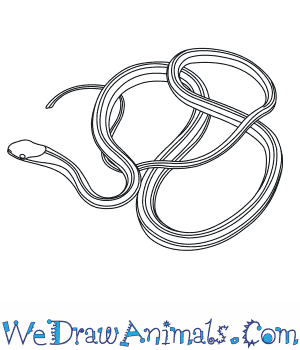 In this quick tutorial you'll learn how to draw an Eastern Ribbon Snake in 5 easy steps - great for kids and novice artists.

At the bottom you can read some interesting facts about the Eastern Ribbon Snake.

How to Draw an Eastern Ribbon Snake - Step-by-Step Tutorial 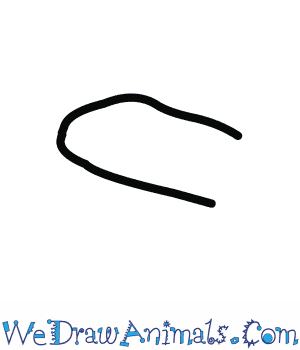 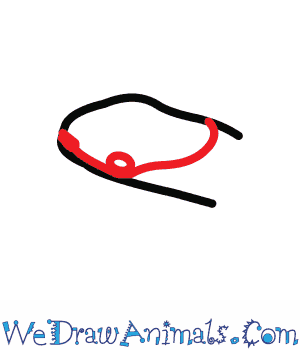 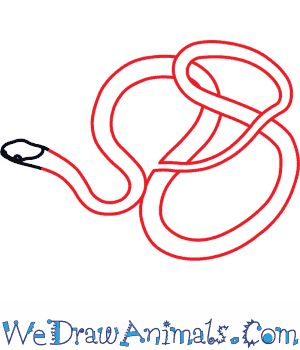 Step 3: Then, draw the body by making one line from each side of the snake's head. Have each line mirror the other. Wrap the body of your snake around itself several times. 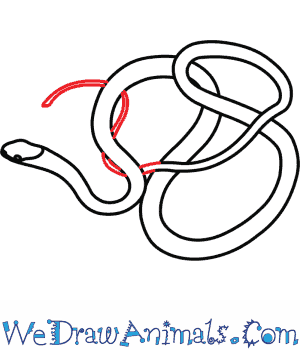 Step 4: Now, draw the tail by making your lines narrow and come together for the rounded tip of your snake's tail. 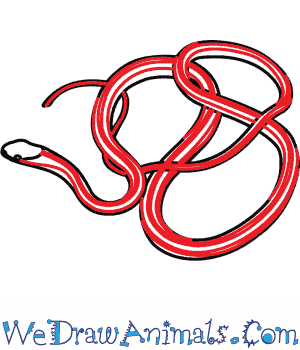 Step 5: The final step for drawing the Eastern Ribbon Snake is to draw thick lines down its entire body. These lines are what give the the ribbon snake its name.

Eastern ribbon snakes are found throughout the eastern United States. They are semi-aquatic and are frequently found at the edges of water. These are slender snakes that range from 16 to 28 inches long. They have three light yellow stripes along their brown bodies, and their belly is plain yellow. Eastern ribbon snakes eat fish and amphibians. They shelter in thick vegetation or in burrows. This snake hibernates underground during the winter.

Lesson plan note: Make a spinning snake: Cut a spiral into a white paper plate, leaving the middle a little thicker to represent a snake’s head. Give each child their own paper plate snake and have them color them from head to tail. Attach a string to each snake’s head. Hang each child’s snake on the ceiling for all the children to see. 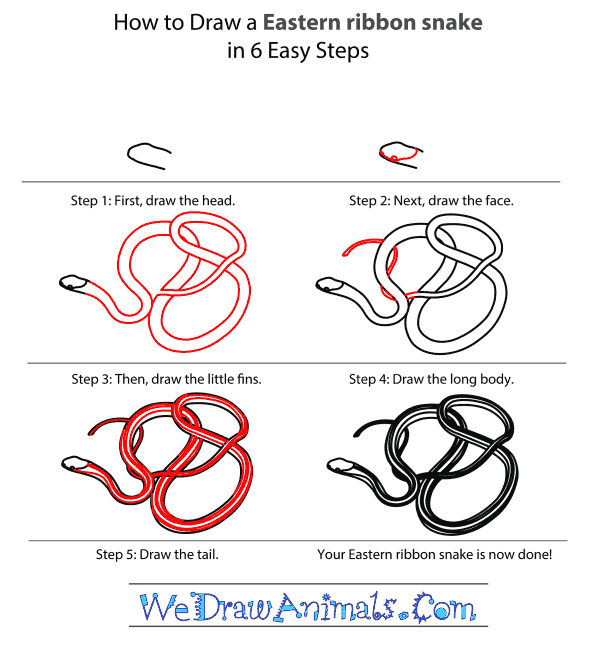 How to Draw an Eastern Ribbon Snake – Step-by-Step Tutorial

Next post: How to Draw an Eastern Tiger Swallowtail