How to Draw an Eastern Tiger Swallowtail 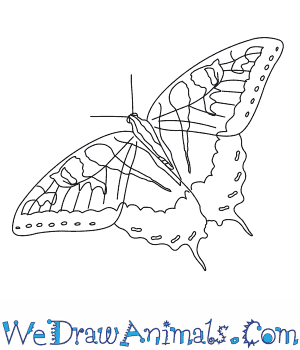 In this quick tutorial you'll learn how to draw an Eastern Tiger Swallowtail in 6 easy steps - great for kids and novice artists.

At the bottom you can read some interesting facts about the Eastern Tiger Swallowtail.

How to Draw an Eastern Tiger Swallowtail - Step-by-Step Tutorial 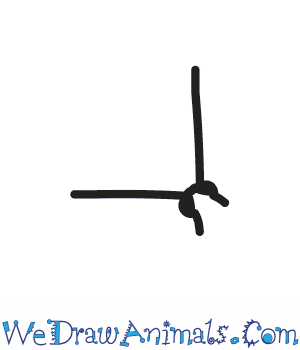 Step 1: First, draw the head and antennae. The head should be rounded and very narrow. Draw the antennae pointing away from one another. Where the antennae attach to the head, fill in two black circles for the butterflie's eyes. 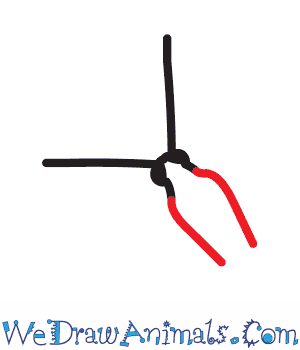 Step 2: Next, draw the short body by drawing two lines that slightly bend away from each other at the top. 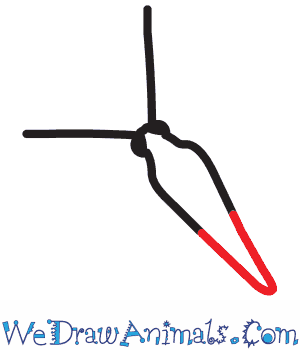 Step 3: Then, draw the short pointed tail of the butterfly. 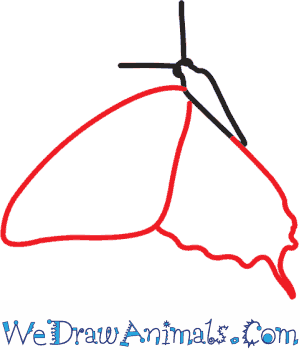 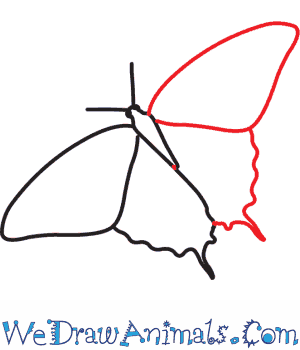 Step 5: Draw the right wing as a mirror immage of the left wing. 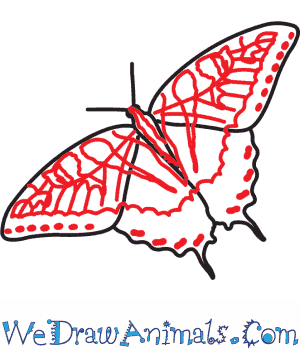 Step 6: The last step is to create the unique pattern of the Tiger Swallowtail. Make dots on the lower edges of the upper part of both wings and dashes on the edges of the lower parts. Use this image to finish up the rest of the patterns on your butterfly.

The Eastern tiger swallowtail is a butterfly. They live in forests, river valleys, or cities in Eastern North America. Male Eastern tiger swallowtails are yellow with dark tiger stripes, while females can either be yellow like the males or be black with dark stripes. This butterfly has a wingspan of 2.5 to 4.5 inches. Adults eat the nectar of flowers from a variety of plants. The Eastern tiger swallowtail’s lifecycle is made of four parts: egg, larva (caterpillars), pupa (chrysalis), and adult. The caterpillars can be found on various plants including wild cherry, sweetbay, birch, ash, cottonwood, willow, and basswood. Fully grown caterpillars attach themselves to a twig or leaf and shed their outer layer of skin revealing a hard skin known as a chrysalis. An adult butterfly will emerge from the chrysalis. 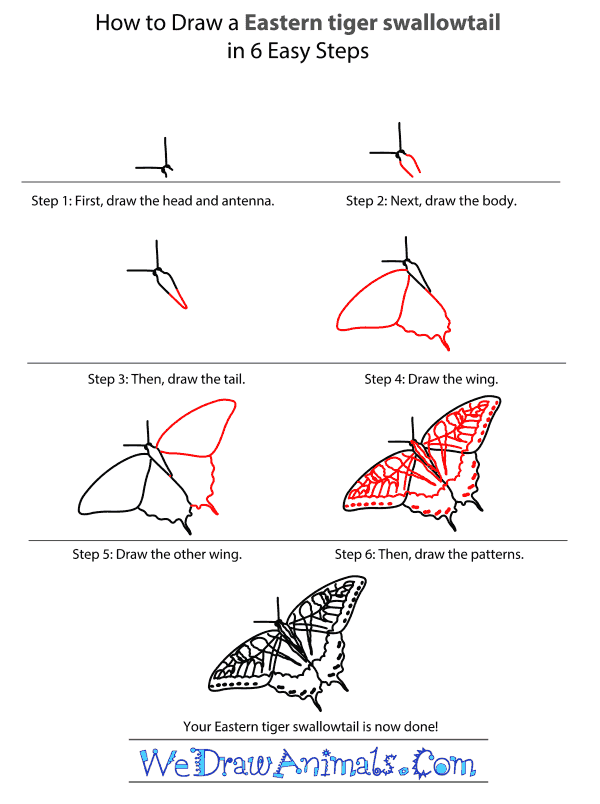 How to Draw an Eastern Tiger Swallowtail – Step-by-Step Tutorial

Previous post: How to Draw an Eastern Ribbon Snake