How to Draw an Egyptian Tortoise 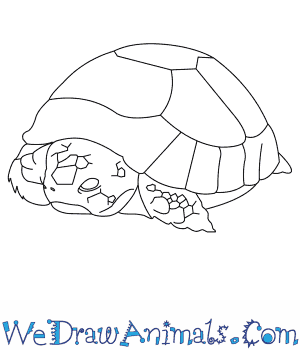 In this quick tutorial you'll learn how to draw an Egyptian Tortoise in 6 easy steps - great for kids and novice artists.

At the bottom you can read some interesting facts about the Egyptian Tortoise.

How to Draw an Egyptian Tortoise - Step-by-Step Tutorial 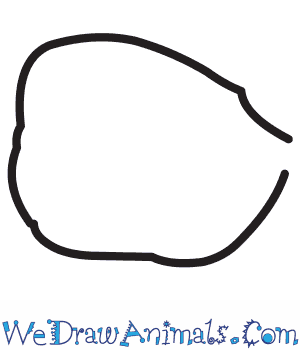 Step 1: First, draw the head. It's roughly circular, with a lottle opening for the neck. 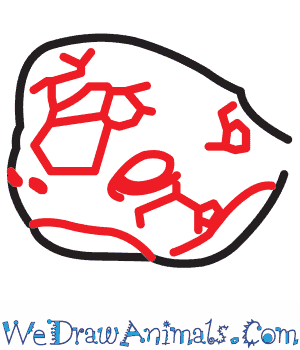 Step 2: Now draw the face. It looks complicated, but just try your best. Draw circles or lines if you're having trouble. Also, make sure you have a distinct cirlce for the eye 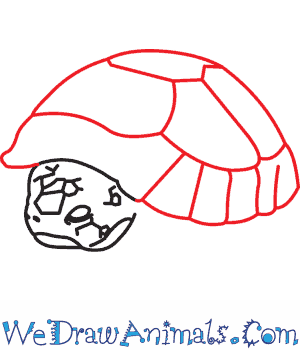 Step 3: Next is the shell. It's a large circle, with lines to create the image of the shell 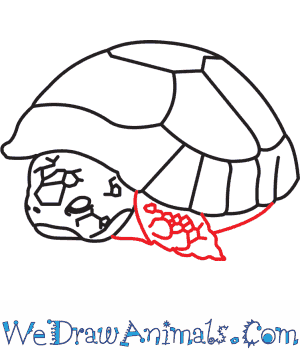 Step 4: Now, you'll draw the under body of the animal. Make a curved line from the head to the back of the shell, leaving space for the fin. Now draw the fin, adding little squiggles to make it look realistic 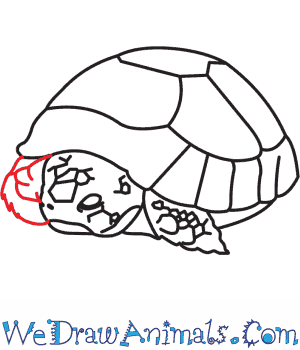 Step 5: Now you'll draw the front leg, which is to the right of the tortoise's head. Draw one larger circle from the shell to the head, and then a small circle inside. Add lines to the circles to make them look realistic 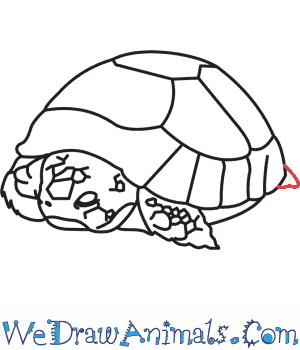 Step 6: Finally, you'll draw the hind feet, which is just a little rounded triangle on the tortoise's back

Interesting Facts about the Egyptian Tortoise

The Egyptian tortoise is a small, desert-living tortoise. It lives in the Middle East, mainly in Libya. This tortoise has a golden colored shell. This hard shell shields them from predators. They have soft skin on their legs, head, and belly, and they are able to retract their limbs into their shell to protect themselves. The carapase (hard upper shell) can be 14.4 centimeters in length. The Egyptian tortoise is an herbivore and eats grasses, fruits, and vegetables. Habitat loss and human collection for the pet trade are the main threats to the Egyptian tortoise. 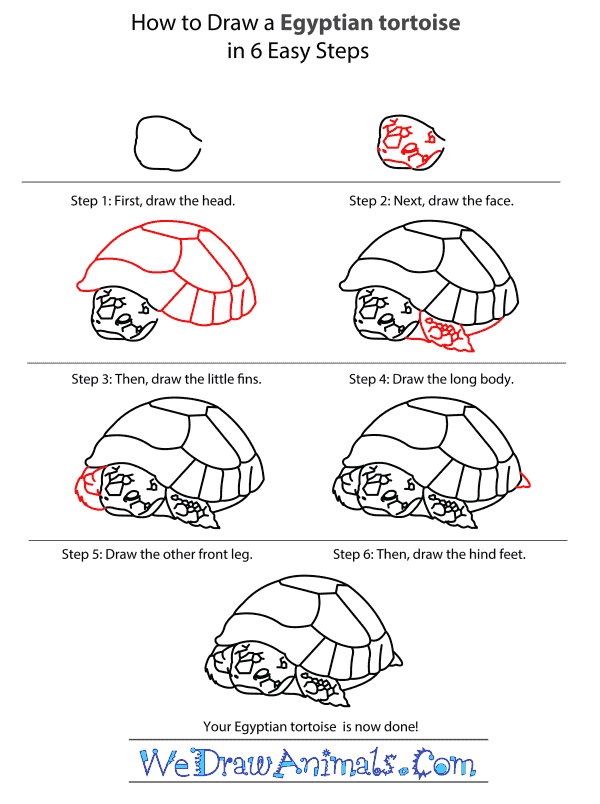 How to Draw an Egyptian Tortoise – Step-by-Step Tutorial

Previous post: How to Draw an Eastern Tiger Swallowtail