How to Draw an Elephant Beetle 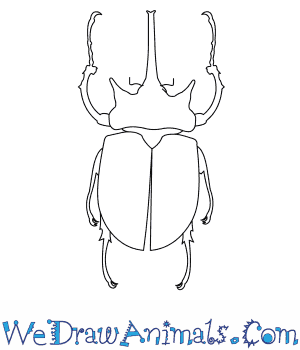 In this quick tutorial you'll learn how to draw an Elephant Beetle in 6 easy steps - great for kids and novice artists.

At the bottom you can read some interesting facts about the Elephant Beetle.

How to Draw an Elephant Beetle - Step-by-Step Tutorial 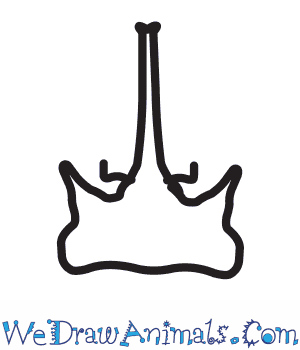 Step 1: Draw the head first. Make the back of the head roughly flat, which comes up to two points as shown. Then, the two lines comes together to make one long snout 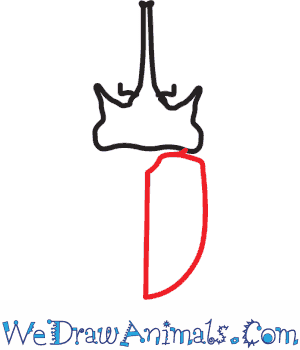 Step 2: Now draw the right wing. It's basically three straight lines with a curved portion at the end to connect them all 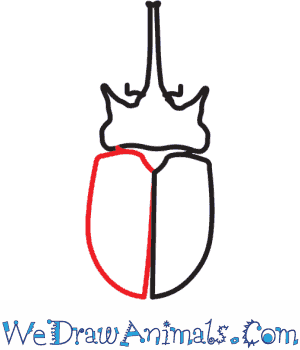 Step 3: Now draw the second wing, which is identical to the right, except reflected. 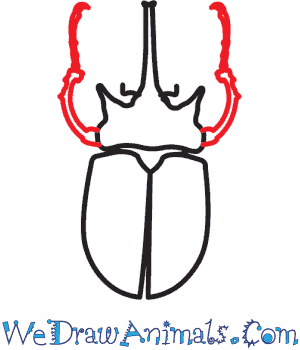 Step 4: Now you draw the front arms, which are thin, curved lines 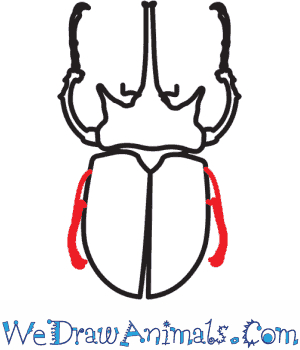 Step 5: Now draw the middle legs, which are even thinner and go back. 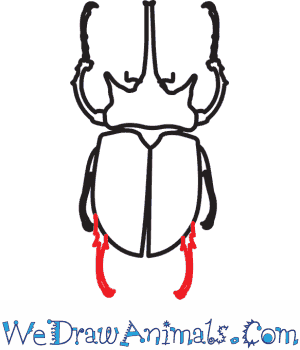 Step 6: Finally, draw the back legs, which are the shortest and smallest of them all.

Interesting Facts about the Elephant Beetle

Lesson plan note: Draw and cut out elephant beetles for each child. Give the children the beetles, and have them color their beetle. Put all completed beetles on the bulletin board. 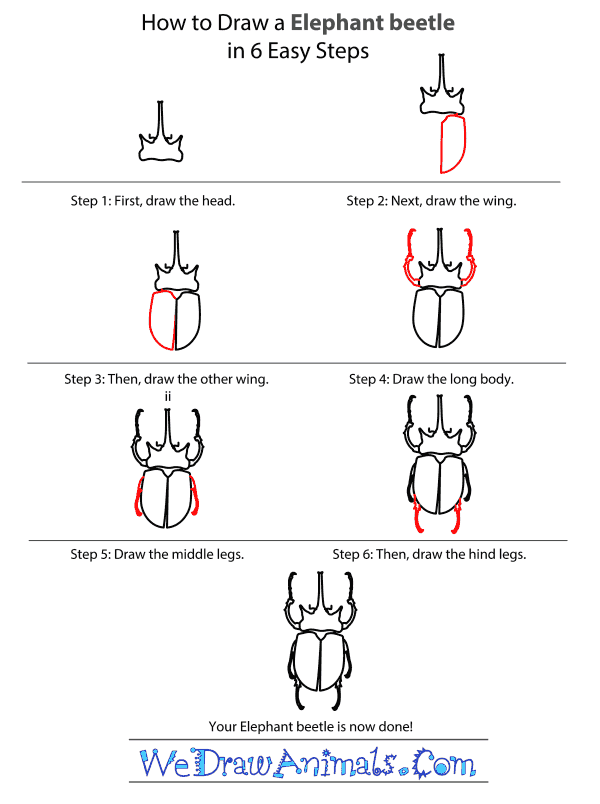 How to Draw an Elephant Beetle – Step-by-Step Tutorial