How to Draw an Egyptian Cobra 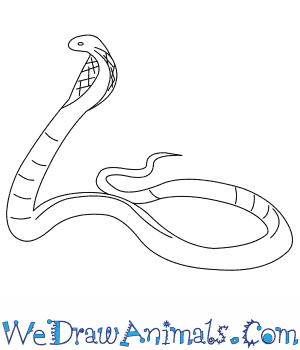 In this quick tutorial you'll learn how to draw an Egyptian Cobra in 5 easy steps - great for kids and novice artists.

At the bottom you can read some interesting facts about the Egyptian Cobra.

How to Draw an Egyptian Cobra - Step-by-Step Tutorial 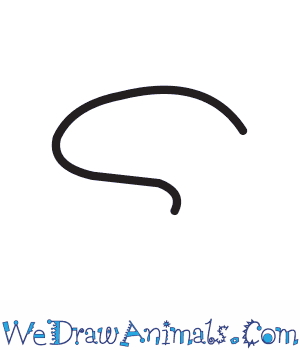 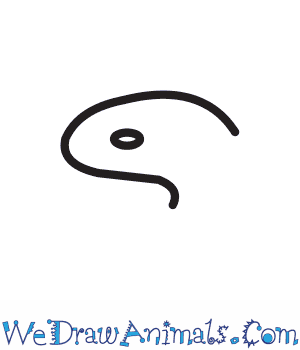 Step 2: Next, draw a small oval for the eye of your cobra. 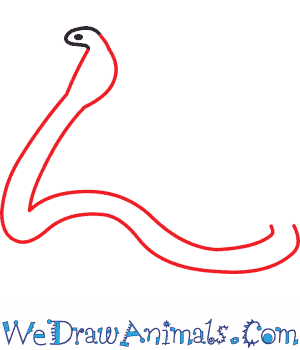 Step 3: Then, draw the body using two curving lines that mirror each other. The most important part of drawing the body is to have your lines curve outward below its head for the famous hood of the cobra. 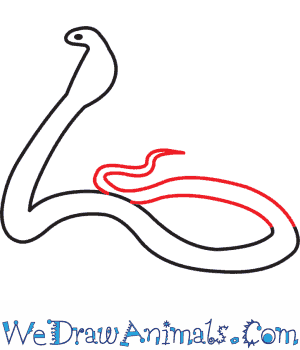 Step 4: Now draw the tail by bringing the two lines together into a sharp point. 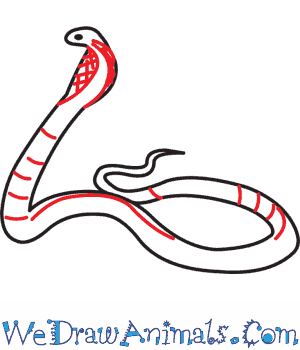 Step 5: The last step is to add the patterns of the snake. On the hood, make lines that crisscross one another. For the rest of the body, make simple lines like the ones you see in the picture. With that, your Egyptian Cobra is complete!

Interesting Facts about the Egyptian Cobra

Egyptian cobras (Naja haje) are one of the largest cobras found in Africa. They are venomous snakes, and kill their prey by injecting them with a poison that attacks their nervous system. Unlike some cobras, however, they do not spit poison.

Lesson plan note: Although dangerous and not the most loving pet, some people are still fascinated enough with these animals to keep them. Discuss what it is that draws people to be interested in dangerous and often deadly animals. 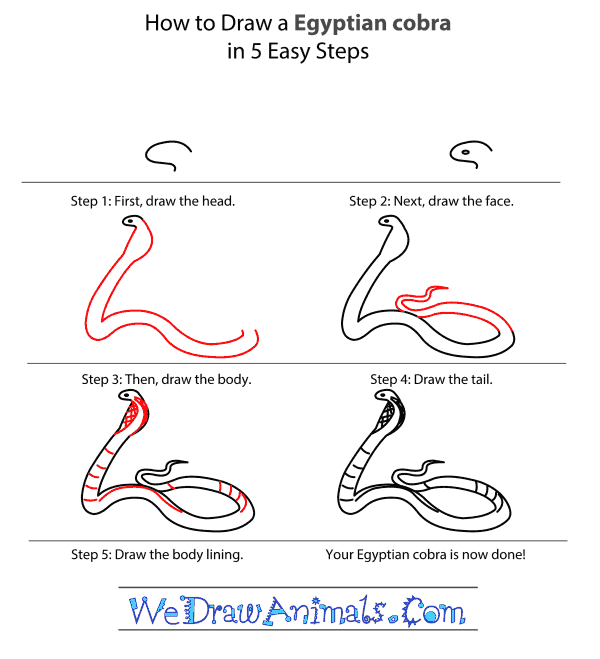 How to Draw an Egyptian Cobra – Step-by-Step Tutorial