How to Draw an Emperor Tamarin 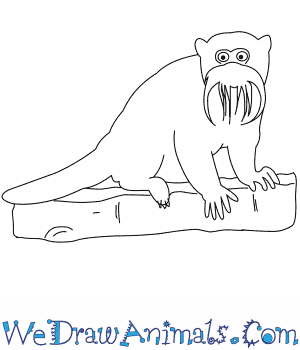 In this quick tutorial you'll learn how to draw an Emperor Tamarin in 7 easy steps - great for kids and novice artists.

At the bottom you can read some interesting facts about the Emperor Tamarin.

How to Draw an Emperor Tamarin - Step-by-Step Tutorial 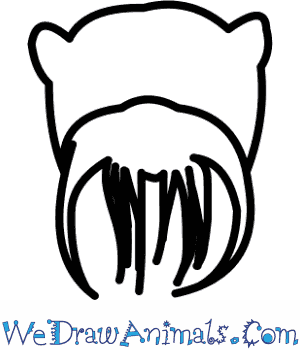 Step 1: First draw the head and beard. The head has a broad curvy top with two small ears on either side. On the outer side of both ears draw a short line down. The outside of the beard is almost a circle. Make another curved line between the bottom of the two lines you just made. It has the same curve as the top of the head. Continue this curve down into the two sides of the beard. Bend both sides of the beard sharply back up. Make several more shaggy lines between the two outer edges of the beard. 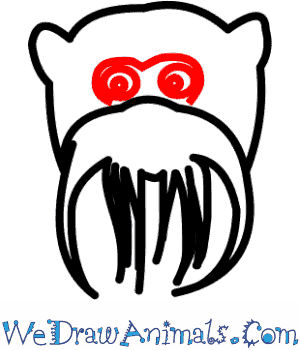 Step 2: Along the top of the beard line draw two large circles to make the eyes. Draw a line around them to make the face markings. 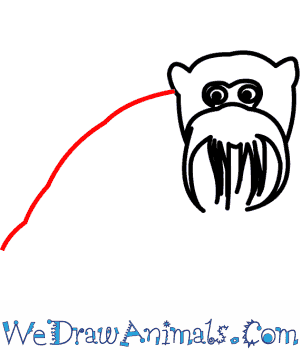 Step 3: From the left ear draw a short curvy line down to the left. This is the body line. 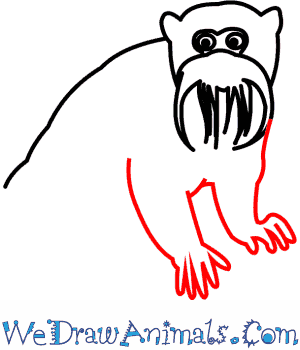 Step 4: From the right bottom side of the beard draw a short line down to make the front leg. At the bottom of the front leg is a paw with four long toes. Bring the line back up and draw another front leg the same length and width as the first one. 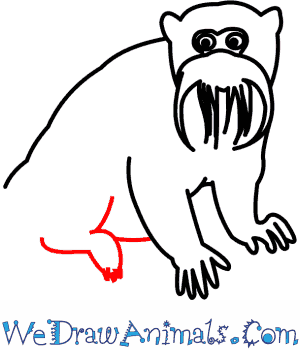 Step 5: About halfway up the last leg line draw a short belly line to the left. Now add the hind leg by drawing a short curvy line down into very short toes. Bring the line back up slightly and then bend it to the left. 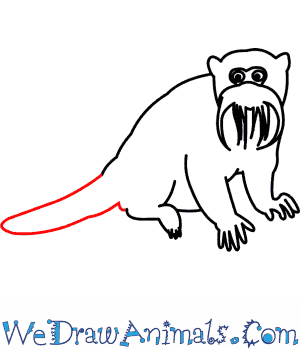 Step 6: Between this hind leg line and the top body line draw the tail. Bring the two lines together to make a thick rounded point. 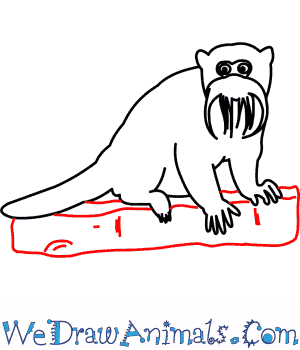 Step 7: Finally, draw horizontal lines beneath the tail and the paws. This makes the rock that the tamarin is sitting on.

Interesting Facts about the EMPEROR TAMARIN

The Emperor Tamarin is a member of the primate group and the scientific term for them is Saguinus imperator. The animal gets its English name because their large white mustache allows a similar appearance to a famous German emperor. Also, a Tamarin is a New World monkey that has the size of a squirrel. Another common name for this species is the Brockway Monkey.

They live in the Amazon Basin of South America at Peru, Bolivia, and Brazil. The fur is grey except on the brown tail, yellow spots on the chest, black hands, and black feet. The facial whiskers extend to its shoulders. There is a relative of this species that contains a white beard in addition to the mustache. In captivity, this animal craves the affection of humans. These animals have a low population amount, but are considered to be the least concern for the possibility of extinction. 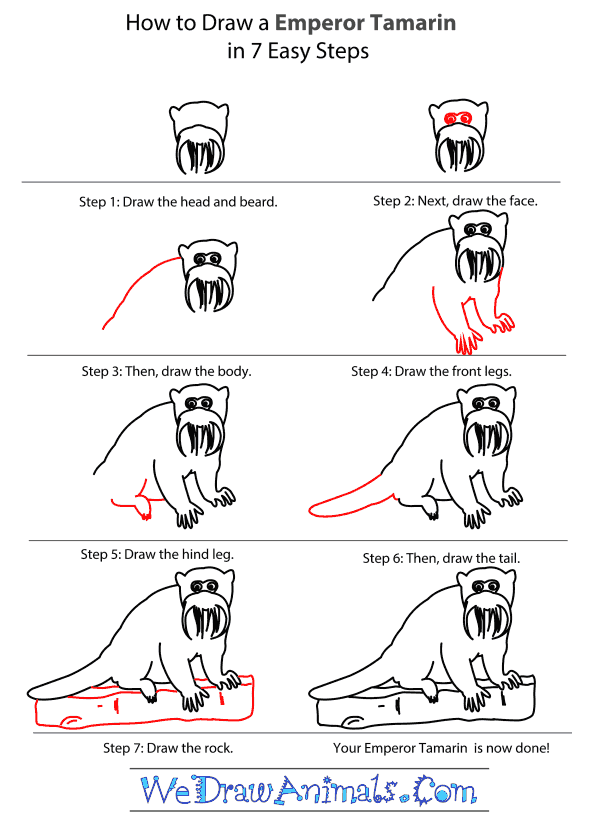 How to Draw an Emperor Tamarin – Step-by-Step Tutorial