How to Draw a Danio 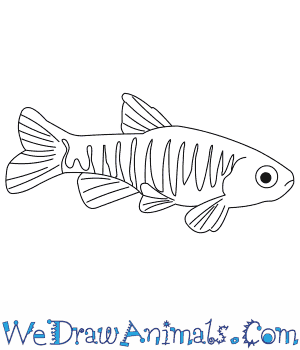 In this quick tutorial you'll learn how to draw a Danio in 7 easy steps - great for kids and novice artists.

At the bottom you can read some interesting facts about the Danio.

How to Draw a Danio - Step-by-Step Tutorial 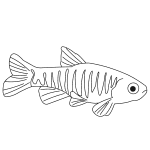 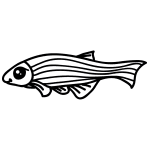 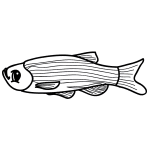 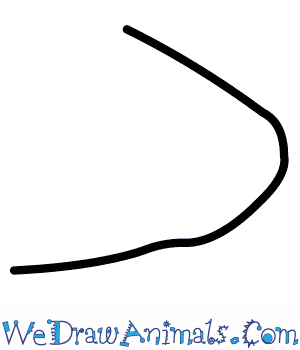 Step 1: Draw the head. It is a wide sideways "U". The bottom head line is slightly longer than the top. 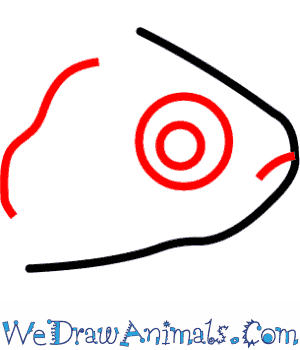 Step 2: Draw a small line at the tip of the head to make the mouth line. Just behind the mouth draw a round eye. Draw another circle around the eye. Make a squiggly line between the top and bottom head lines to make the gill. 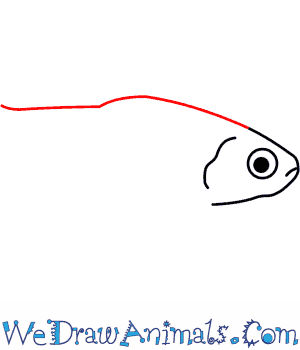 Step 3: Continue the top head line back to the left. Curve it to the left and continue in a straight line. 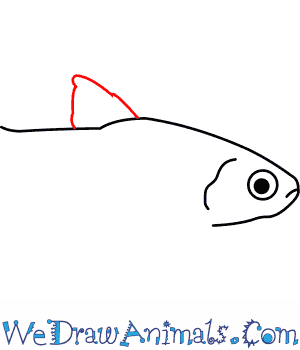 Step 4: At the top of the body line draw a triangle shaped fin. 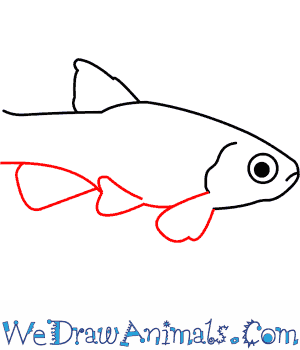 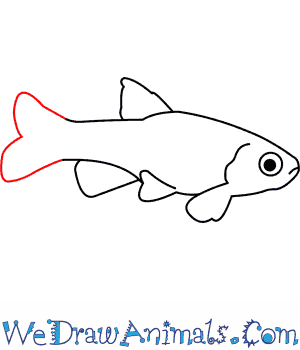 Step 6: Now draw the tail by bringing the top body line up to the left and the bottom body line down to the left. Bring those two lines back together so that the tail has a point at the top and one at the bottom. 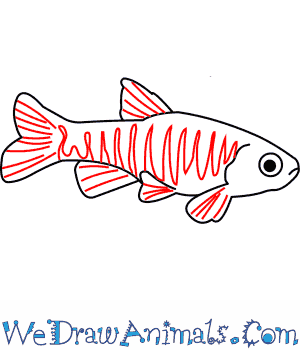 Step 7: Finally draw the body patterns. There are long lines that run along the fins and the tail. Draw one long continuous squiggly line from the gill line back to the tail.

Interesting Facts about the DANIO

The Danio is a member of the fish group and the scientific term for them is Danio erythromicron. Danio is an Asian word that means “minnow-like” fish. The Greek word erythro-micron means “red-small” since the description represents the appearance of this fish. There are about a dozen black stripes that have a vertical placement along the entire length of their body. A key feature of this creature is a spot on the tail which appears as an eye, so that predators fail in consuming it by approaching the wrong end that quickly passes.

Another name for this species is the Emerald Dwarf Rasbora. This animal is in the Cyprinid family, the most common type of fish. The creature is native to Inle Lake of Burma in Southeast Asia. The fish eats algae and zooplankton that feed on the aquatic crops of the people who live there. These animals have a low population amount, and are considered to be endangered to the possibility of extinction. 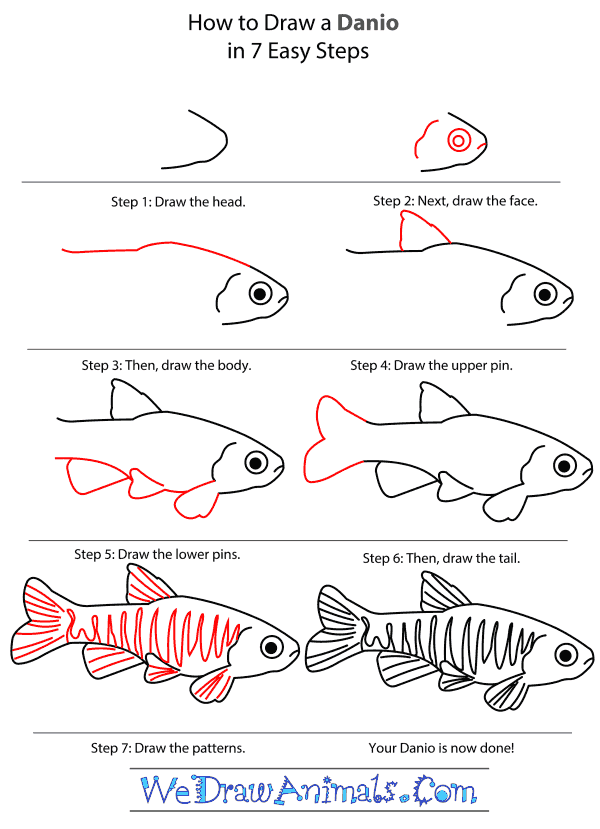 How to Draw a Danio – Step-by-Step Tutorial