How to Draw a Damselfish 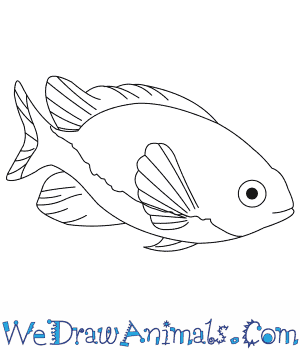 In this quick tutorial you'll learn how to draw a Damselfish in 7 easy steps - great for kids and novice artists.

At the bottom you can read some interesting facts about the Damselfish.

How to Draw a Damselfish - Step-by-Step Tutorial 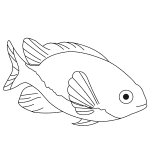 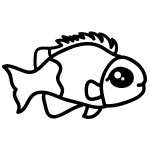 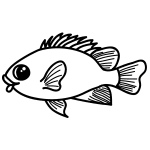 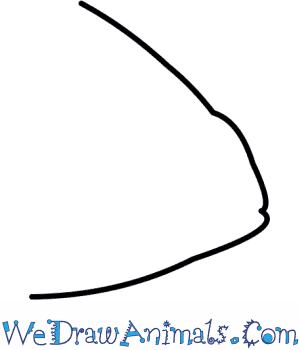 Step 1: Start by drawing the head. It is a very wide sideways "V" with some small bumps at the tip. 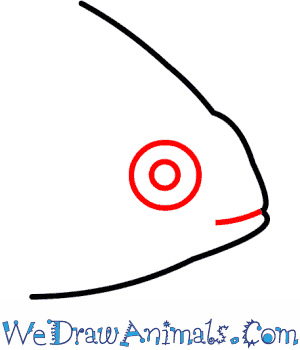 Step 2: Draw a small straight line at the tip of the head. This makes the mouth line. In the middle of the head draw a round eye. Draw another larger circle around the eye. 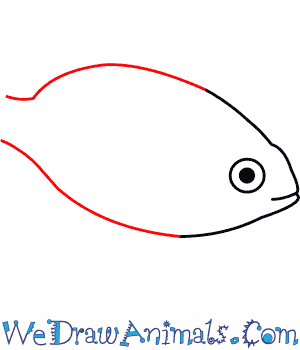 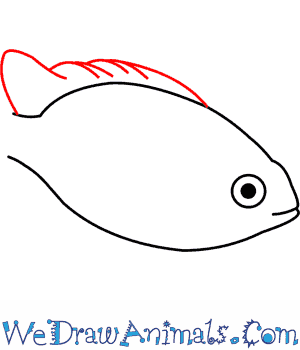 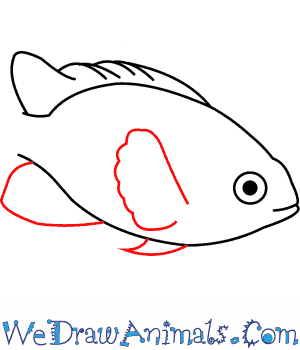 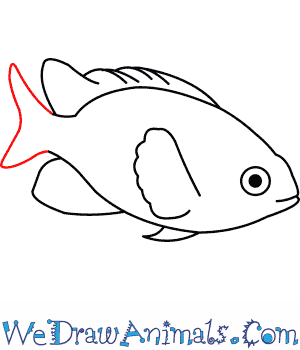 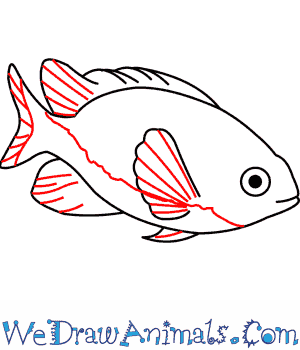 Step 7: Finally draw the body patterns. There are long lines along all of the fins and the tail. Draw a squiggly line from the tail to just under the eye.

Interesting Facts about the DAMSELFISH

The Damselfish is a member of the fish group and the scientific term for them is Chrysiptera sp. nov. The Greek name “Chrysi-ptera” in English means “golden-fin.” The abbreviated name “sp. nov.” means “species novus.” The Latin word “novus” in English means “new.” According to the International Commission on Zoological Nomenclature, any animal that is discovered after 1999 is considered to be “new.”

These related species have many things in common. They all live in the Pacific Ocean of tropical climates near island reefs within 180 feet from the surface, where they apparently eat zooplankton. Also, there is distinct pairing during breeding, and males guard the eggs. Some minor differences between them is in where their gold patch was on their body, what shade of color it was, and if the remainder of the body was white or blue. Additionally, they range from having 30-41 total fin segments on their body, and being 1-2 inches long as a whole. 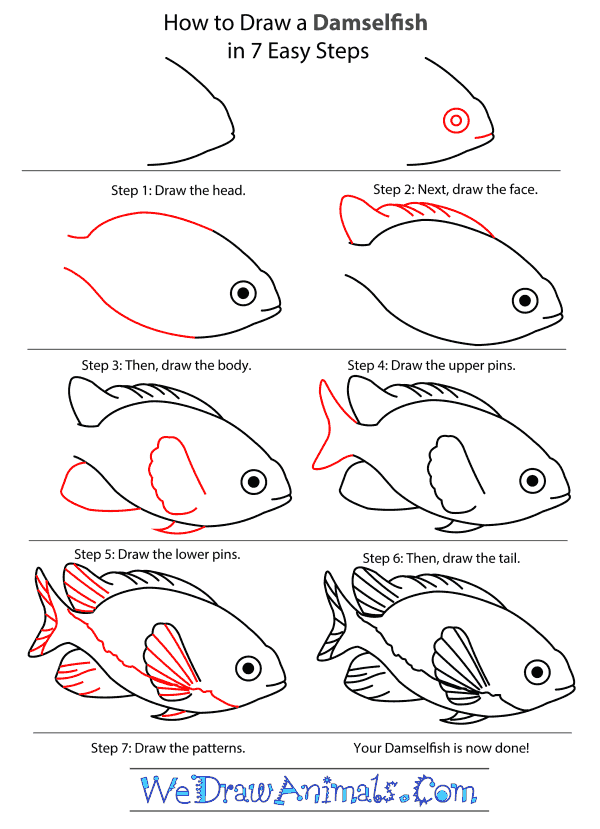 How to Draw a Damselfish – Step-by-Step Tutorial

Previous post: How to Draw a Chinese Water Deer