How to Draw an Oaxacan Spiny-Tailed Iguana 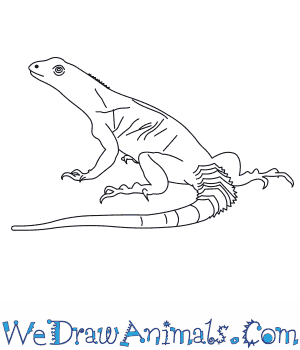 In this quick tutorial you'll learn how to draw an Oaxacan Spiny Tailed Iguana in 6 easy steps - great for kids and novice artists.

At the bottom you can read some interesting facts about the Oaxacan Spiny Tailed Iguana. 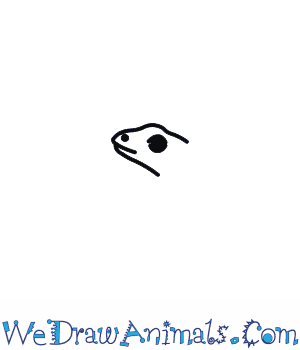 Step 1: This iguana is found in Mexico and the first step in drawing it is to start with its head and face. It has a large round eye.

Step 2: Next, draw the body. The body is large and slim but leave space for the belly later. 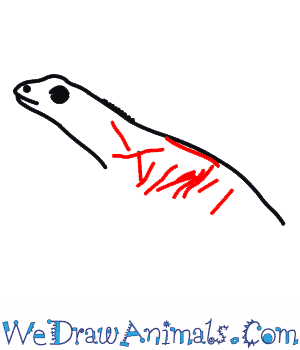 Step 3: The next step is to draw the body patterns. The Oaxacan spiny-tailed iguana needs to blend in to its surroundings. 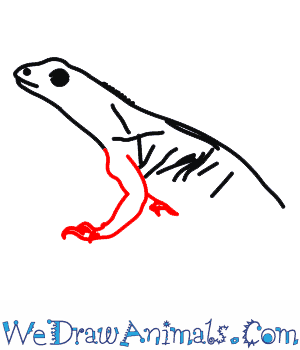 Step 4: Then, draw the front legs. The iguana, like all iguana, have large claws. 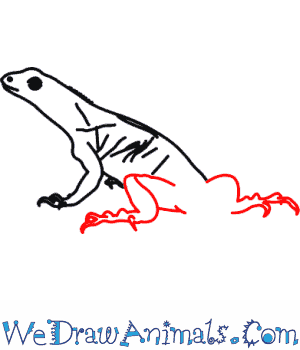 Step 5: Next, draw the back legs. The back legs are lower to the ground but leave space for the tail. 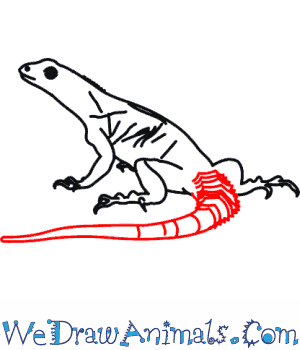 Step 6: The last step is to draw the tail. Don’t forget the spikes! 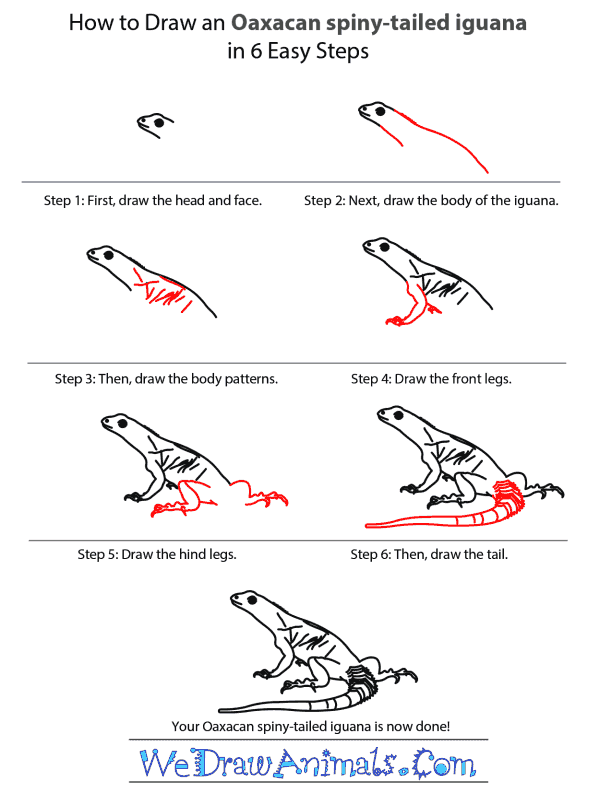 Previous post: How to Draw a Northern Hairy-Nosed Wombat