How to Draw an Orbicular Batfish 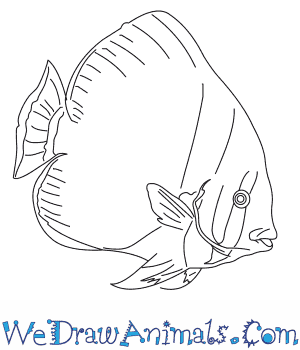 In this quick tutorial you'll learn how to draw an Orbicular Batfish in 6 easy steps - great for kids and novice artists.

At the bottom you can read some interesting facts about the Orbicular Batfish.

How to Draw an Orbicular Batfish - Step-by-Step Tutorial 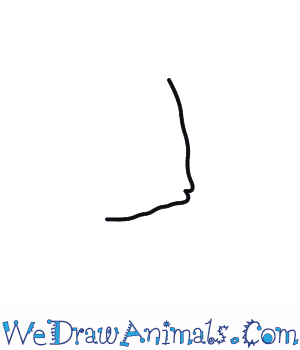 Step 1: The first step in drawing the Orbicular batfish is to draw its head. Add a small area for the mouth. 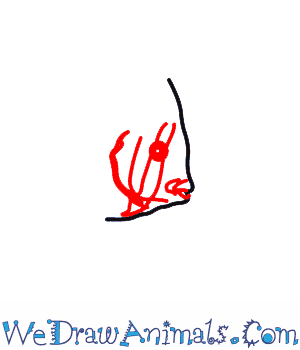 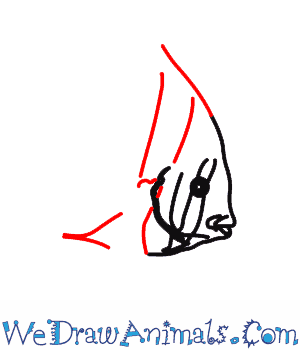 Step 3: Then draw the body. Add extra lines for the stripes. 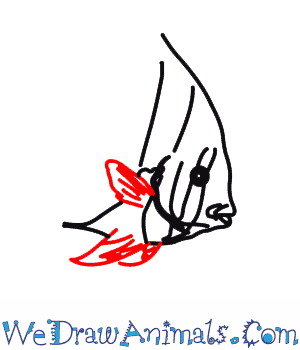 Step 4: The next step is to draw the lower and middle fins. There are two fins on the bottom and one on the side. 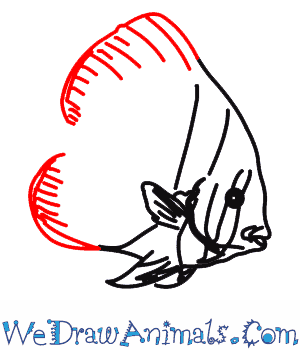 Step 5: Next, draw the larger body fins. The tips of these fins are black but the rest are yellow. 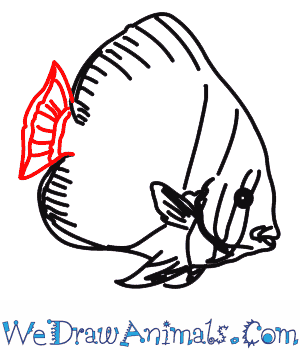 Step 6: Then draw the tail. Just like the body fins the tip is black but the rest of it is yellow.

Interesting Facts about the Orbicular Batfish

A popular aquarium fish the Orbicular Batfish, it occurs naturally in tropical waters all over the Pacific and Indian Oceans. They have an almost disc-shaped body with a tail that makes up 20% of their length and reach sizes of 50cm, although aquarium specimens are smaller. They are found in brackish waters and reefs from 5-30ft deep. Orbicular Batfish go from an organge-brown color to a mix silver, blacks, and yellows as adults.

Lesson plan note: Orbicular Batfish go through extreme changes with age, changing in shape size, and color. Give students paper and color pencils to draw a version of the Batfish at every stage of its live. Starting as hatchlings going through the juvenile to adult stages. 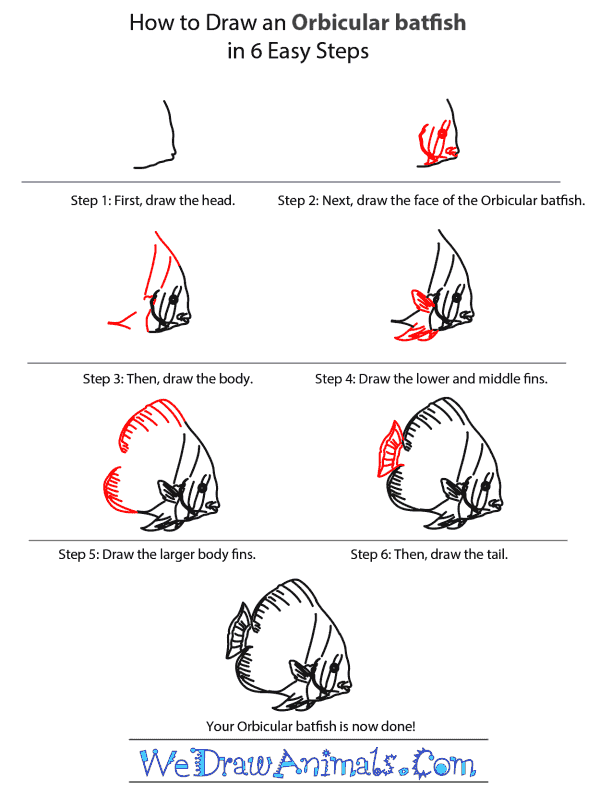 How to Draw an Orbicular Batfish – Step-by-Step Tutorial