How to Draw a Palm Cockatoo 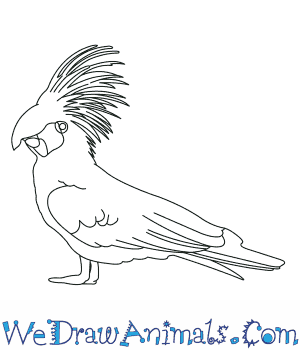 In this quick tutorial you'll learn how to draw a Palm Cockatoo in 6 easy steps - great for kids and novice artists.

At the bottom you can read some interesting facts about the Palm Cockatoo.

How to Draw a Palm Cockatoo - Step-by-Step Tutorial 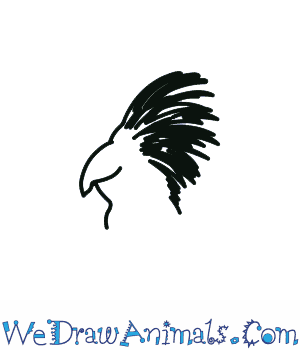 Step 1: The first step in drawing the Palm cockatoo is to draw the head. The cockatoo has lots of feathers on the top of its head. 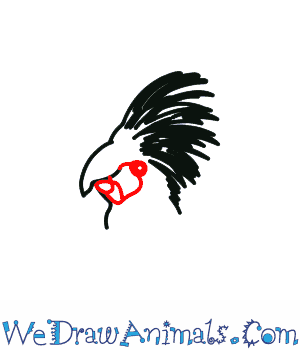 Step 2: The next step is to draw the face. It has a round eye and a sharp beak but is also has a red spot between the eye and the beak. 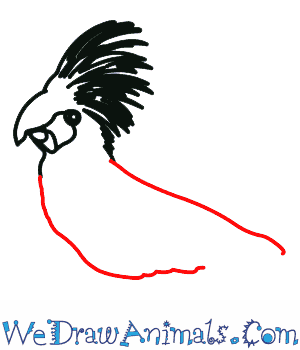 Step 3: Next, draw the body of the bird. Leave a space for the tail 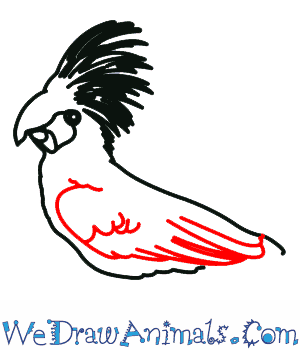 Step 4: Then draw the wing. The cockatoo is a larger bird so it has larger wingers and then draw the feather detail. 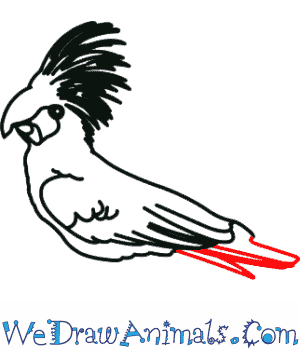 Step 5: Next, draw the tail. It may look like the tail is adding to the wing. 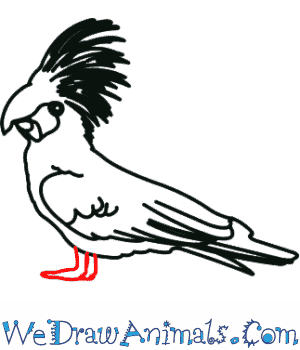 Interesting Facts about the Palm Cockatoo

Also known as the goliath cockatoo, the Palm Cockatoo it is has one of the largest bills of any parrot. It is only found in New Guinea and northern Queensland, Australia. Its the only member of the subfamily Microglossinae and the only member of the genus, Probosciger which has been confirmed by molecular testing. 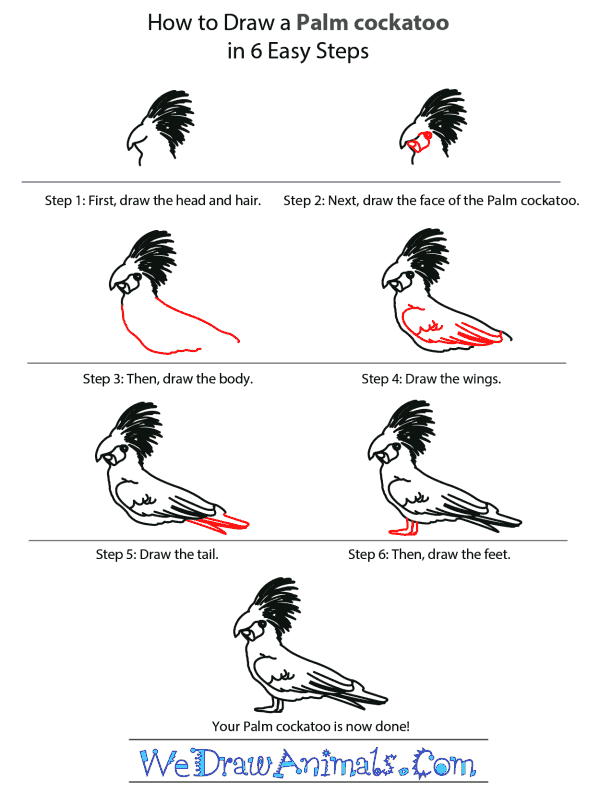 How to Draw a Palm Cockatoo – Step-by-Step Tutorial