How to Draw Count Duckula 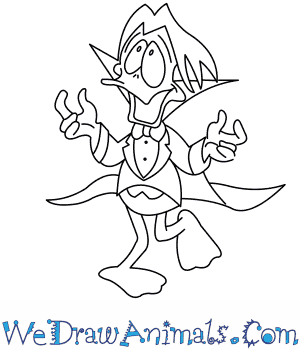 In this quick tutorial you'll learn how to draw Count Duckula in 7 easy steps - great for kids and novice artists.

At the bottom you can read some interesting facts about the Count Duckula. 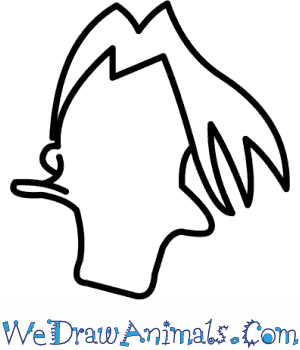 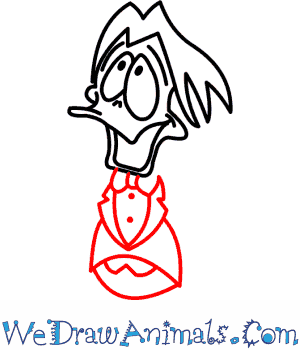 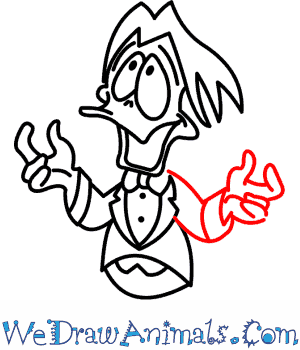 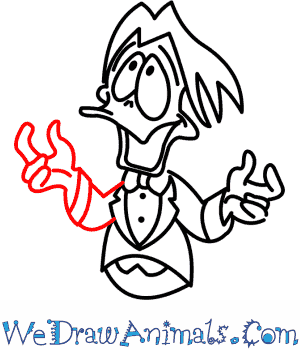 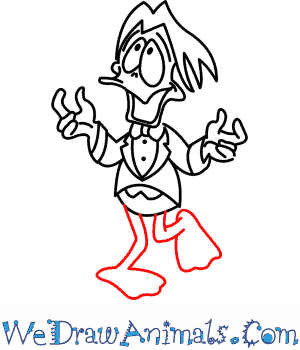 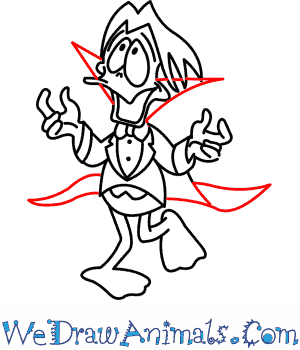 Count Duckula is a member of the Count Duckula casting group from the animated television series. The characters began being designed during 1988 by Cosgrove Hall for the British studio. The enemy to British cartoon Danger Mouse, has been the inspiration for this animated show. The worldwide horror comedy is narrated by Barry Clayton and is 22 minutes long, mostly on Thames Television and Central Television.

Most characters in the cartoon are human-like birds, but there are also zombies and werewolves. The show includes the ability for Duckula and his home to teleport through space and time. There are character extras that include local peasants and relatives abroad. Count Duckula has since appeared in comics, video games, VHS media and DVD also. 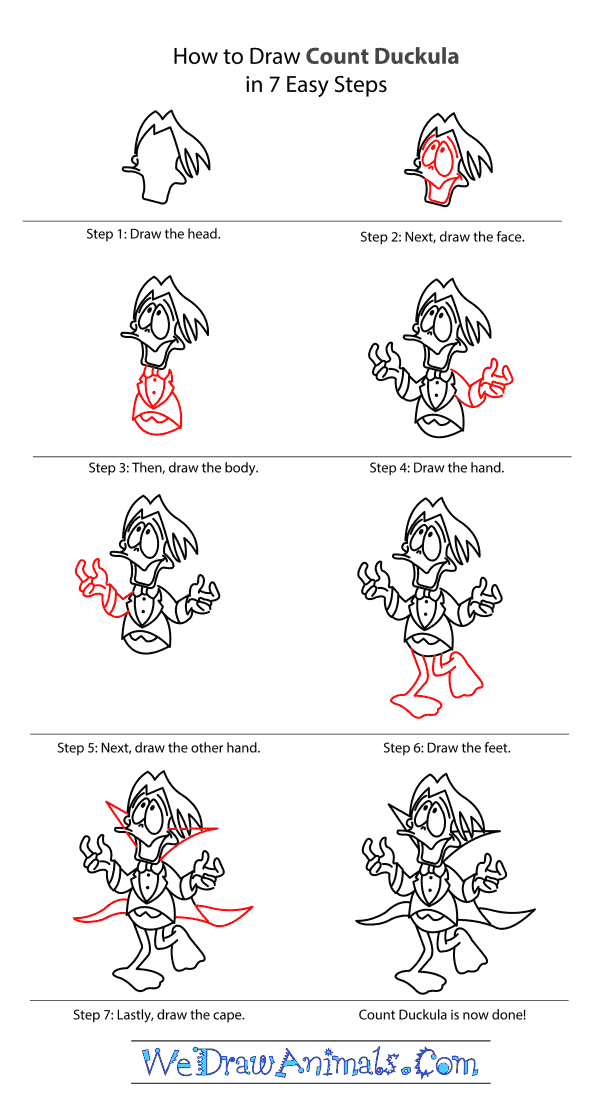 Next post: How to Draw Bagheera From Jungle Book