How to Draw Droopy 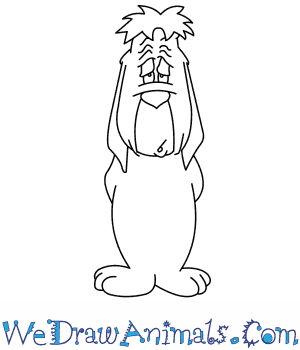 In this quick tutorial you'll learn how to draw Droopy in 6 easy steps - great for kids and novice artists.

At the bottom you can read some interesting facts about the Droopy.

How to Draw Droopy - Step-by-Step Tutorial 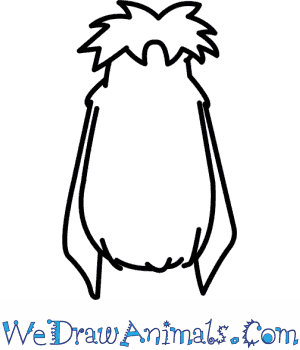 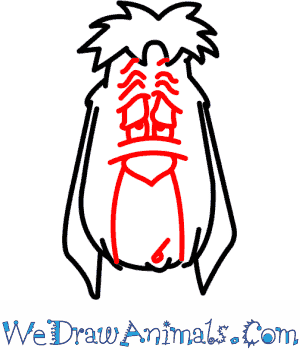 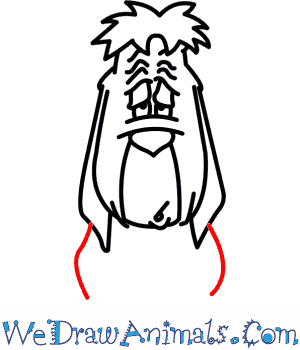 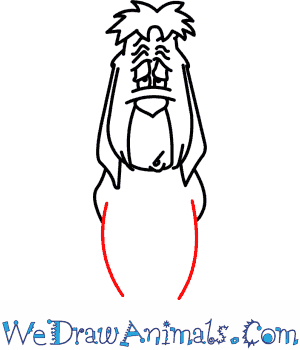 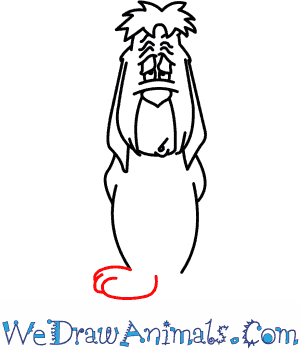 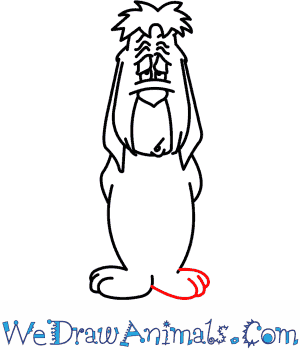 Droopy is a member in the casting group for Droopy the animated television series. The character was designed by Tex Avery in 1943 for the Metro-Goldwyn-Mayer cartoon studio in Hollywood, California. MGM worked closely with the Hanna & Barbera producers throughout much of this character’s career. He became popular through miniature cartoons being played in movie theaters, immediately prior to the main feature. Did you know?

The Tom and Jerry Kids Show is an animated television series that features Droopy with his sad son Dripple. This spawned the series Droopy, Master Detective made by Hanna-Barbera. This extremely strong dog was featured as a cameo in other cartoons and live action movies. In some media, he was merely mentioned as tribute. 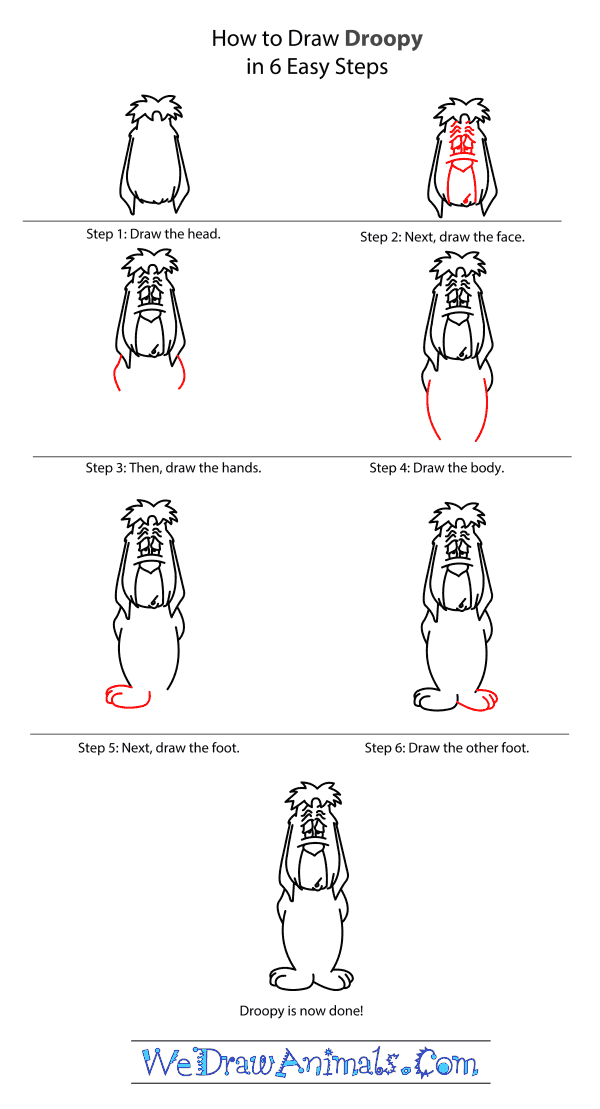 How to Draw Droopy – Step-by-Step Tutorial