How to Draw Arthur Read 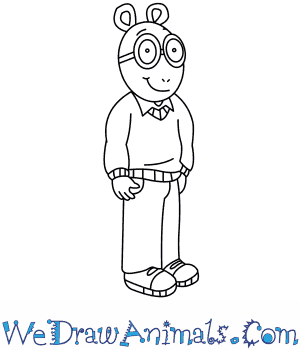 In this quick tutorial you'll learn how to draw Arthur Read in 7 easy steps - great for kids and novice artists.

At the bottom you can read some interesting facts about the Arthur Read. 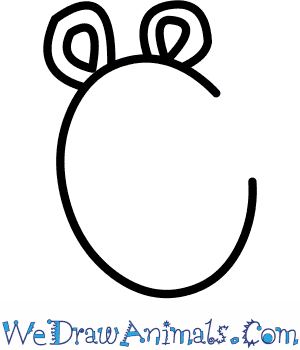 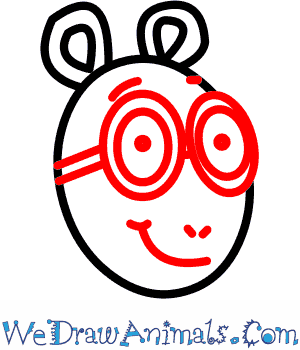 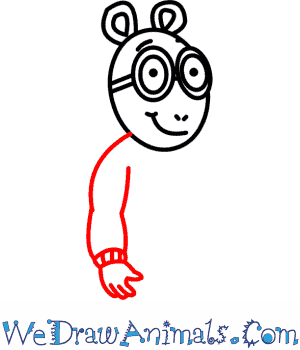 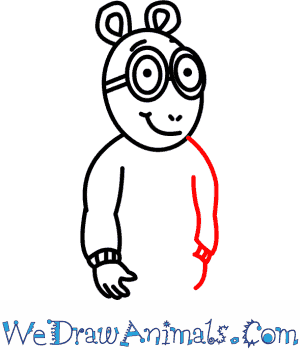 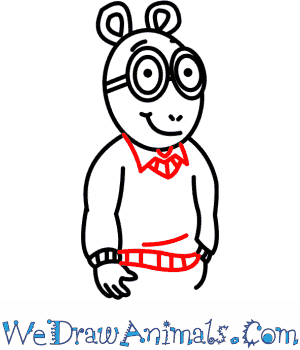 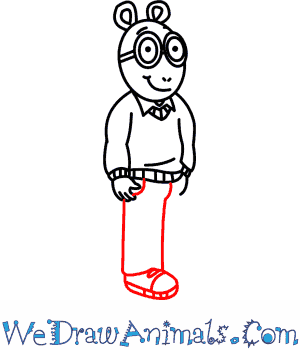 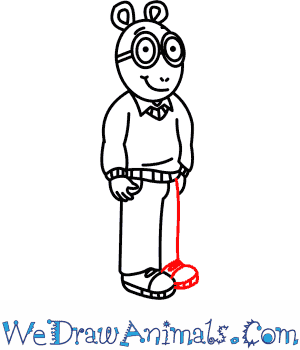 Arthur is an adolescent aardvark who interacts with his friends and family. There are also 3 soundtracks released, and interactive dolls made by Microsoft. Other media included VHS and DVD with downloads available from Amazon.com and iTunes. The series has received awards by George Foster Peabody, Daytime Emmy, TV Guide, and BAFTA. 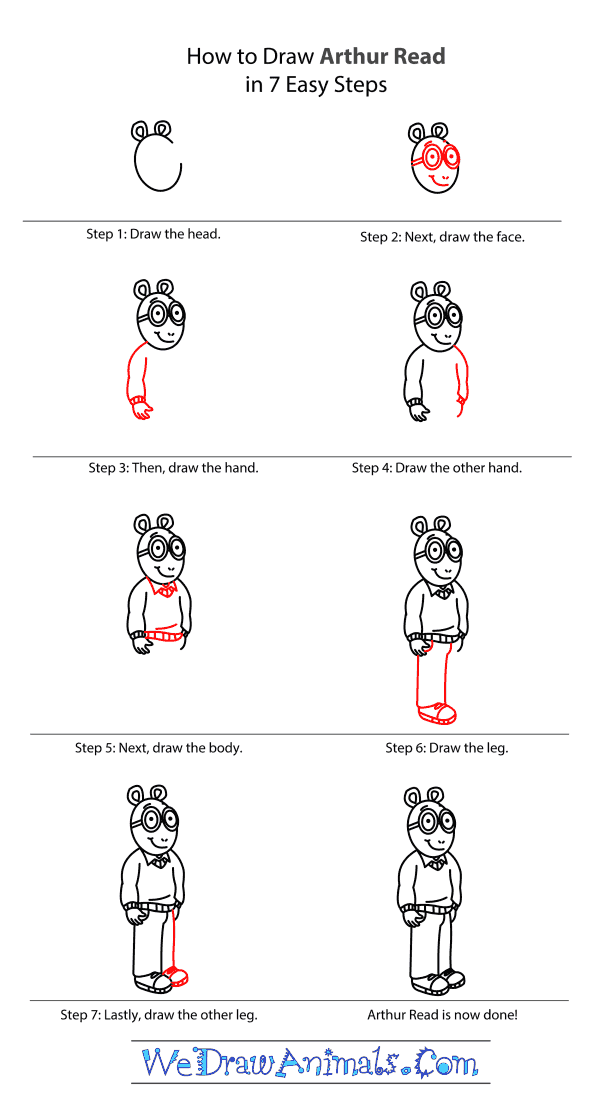