How to Draw Grimer Pokemon 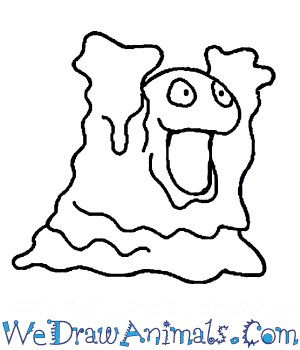 In this quick tutorial you'll learn how to draw Grimer in 6 easy steps - great for kids and novice artists.

At the bottom you can read some interesting facts about the Grimer.

How to Draw Grimer - Step-by-Step Tutorial 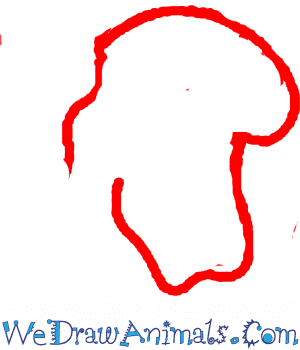 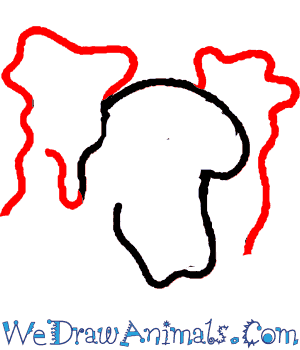 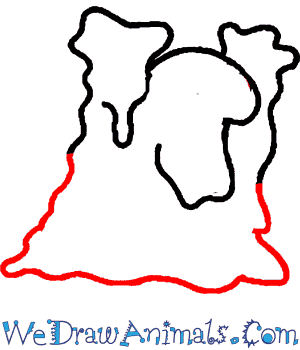 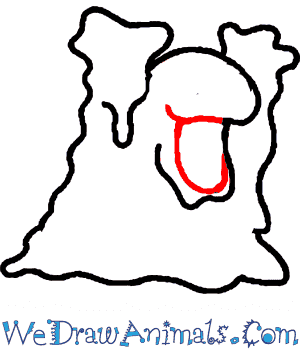 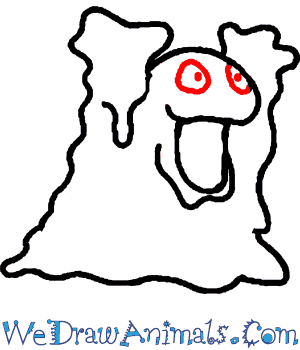 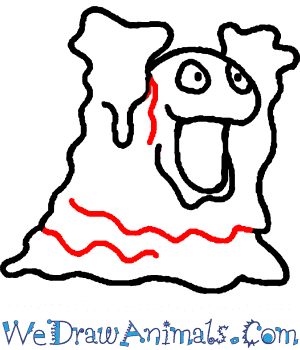 Interesting Facts about the Grimer

Grimer is a foul-smelling, blob-looking poison Pokemon. The Alolan variant of this species is green with a yellow sludge coming out of its mouth, while the regular version of the Grimer is uniformly purple. While they do not have any visible legs, they do have short arms that have three fingers on each hand. Most bothersome about this Pokemon, though, is how it leaks a bacterial-laden sludge wherever it goes. This bacteria is so strong and nasty that it kills the ground that it touches, making the area inhospitable to plant life. It often loses pieces of itself while slinking around, but it doesn’t bother the Grimer. In fact, where a piece falls, another Grimer will soon grow.

Additional Facts about Grimer : Grimer was introduced to the Alola region in response to the increased amount of waste caused by the rising population of Alola. Here, the Grimer population has minimal liquid waste to consume and has sustained itself on solid waste and garbage, which is responsible for its different form. This variant of the Pokemon has two “teeth” coming from its upper jaw, but they aren’t really teeth at all. These are crystallized toxins that are caused by the garbage that it eats, and are toxic to the touch. Lethal poison comes out of the Alola Grimer’s mouth when these teeth fall out. Because it does not consume liquid waste, the Alola variant of Grimer does not have the same foul odor as the original. 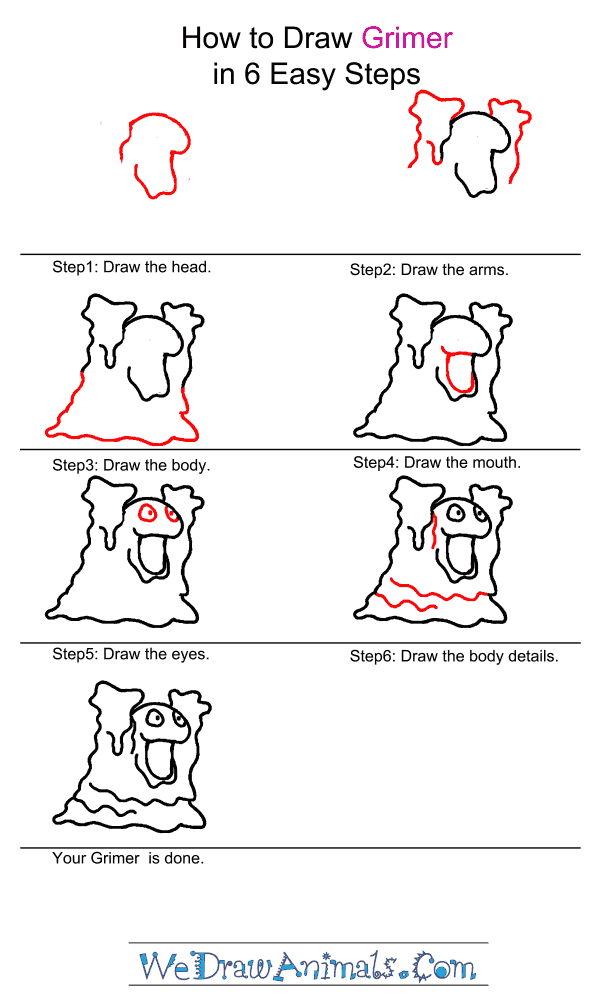 How to Draw Grimer – Step-by-Step Tutorial

Next post: How to Draw a Pond Skater Pokemon