How to Draw Mew Pokemon 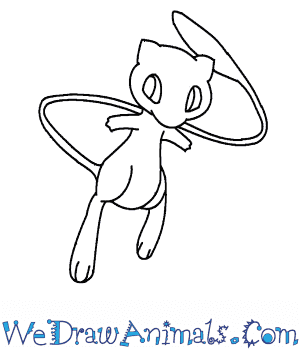 In this quick tutorial you'll learn how to draw Mew in 7 easy steps - great for kids and novice artists.

At the bottom you can read some interesting facts about the Mew.

How to Draw Mew - Step-by-Step Tutorial 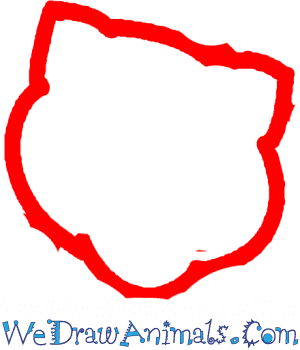 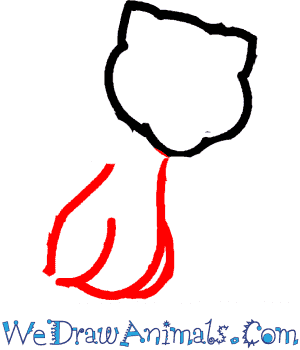 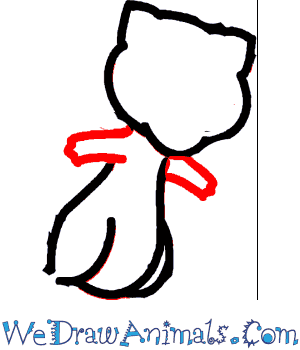 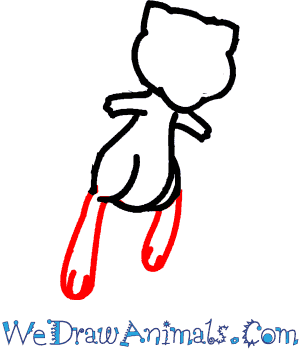 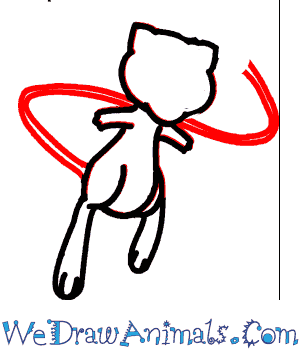 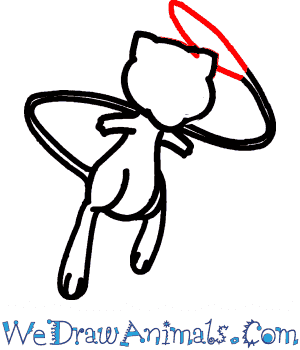 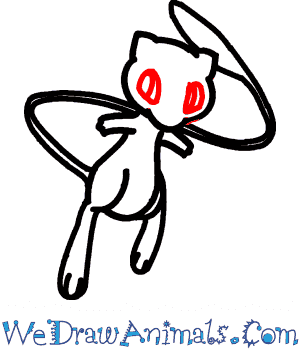 Interesting Facts about the Mew

Mew is pink in color and bipedal in nature. It has long thin tail. It has three fingered paws and large legs and feet. It is also another Pokémon that does not evolve to or from another Pokémon. Mew is also thought to be the mother of Mewtwo Pokémon whose DNA and genetic structure was tampered with by scientists.

Additionally, Mew is characterized as selfless, curiosity and intelligence especially in the first and eighth movies. 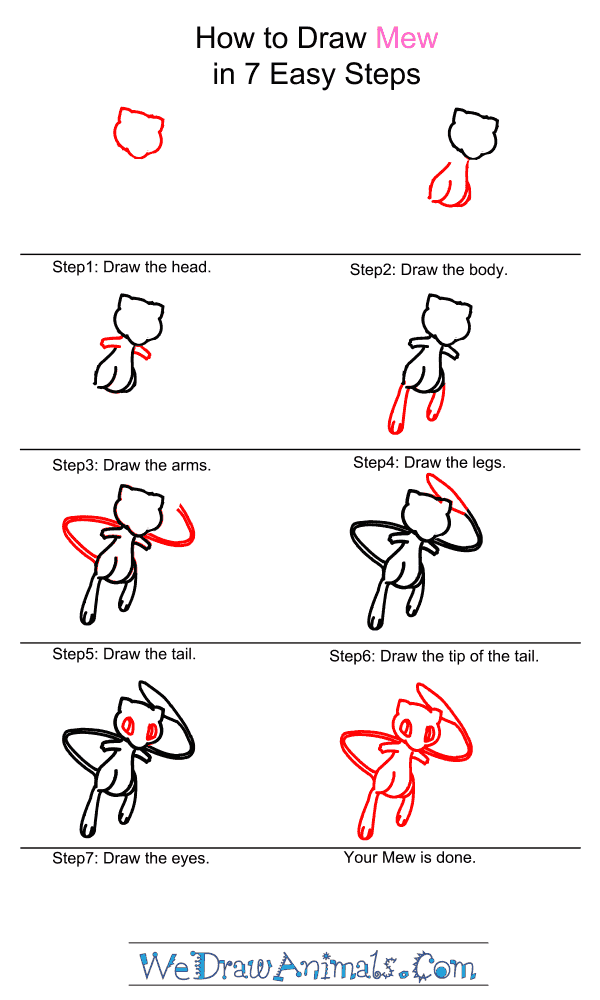 How to Draw Mew – Step-by-Step Tutorial

Previous post: How to Draw a Vampire Bat Pokemon