How to Draw a Vampire Bat 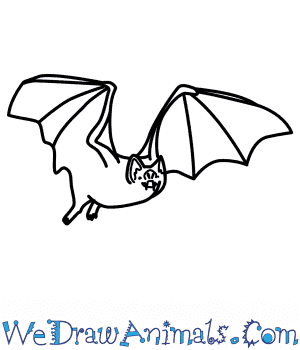 In this quick tutorial you'll learn how to draw a Vampire Bat in 7 easy steps - great for kids and novice artists.

At the bottom you can read some interesting facts about the Vampire Bat.

How to Draw a Vampire Bat - Step-by-Step Tutorial 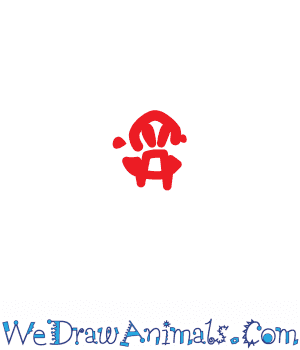 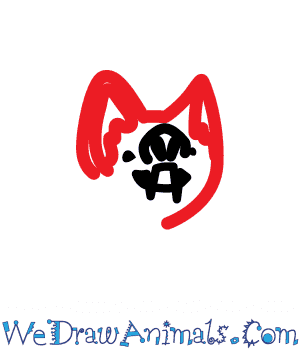 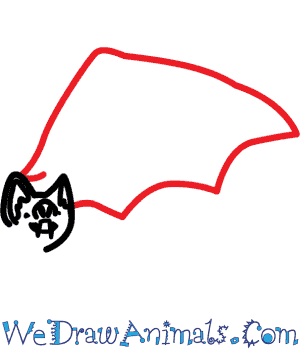 Step 3: Draw a very large wing extending from the head of the bat. 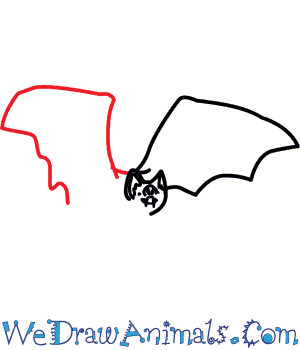 Step 4: Draw a second wing extending from the other side of the head. 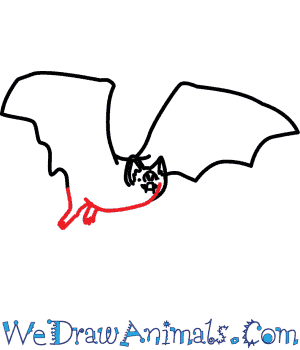 Step 5: Add a small curve for the bottom of the body, and add two small feet. 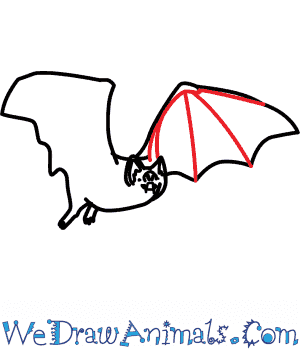 Step 6: Draw the lines for the first wing. 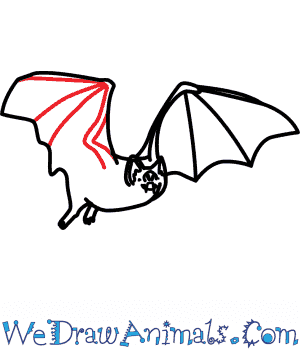 Step 7: Finish up by drawing the lines for the second wing.

Interesting Facts about the Vampire Bat

The Vampire Bat is the only mammal in the world that actually lives on blood alone. This bat has been known to go after livestock, and even the occasional human, in order to sustain its thirst. There are two varieties – the hairy legged and the white winged. White winged tends to switch back and forth between birds and livestock while the hairy legged version sticks primarily to birds.

Lesson Plan Idea – Research deeper difference between the hairy legged bat and the white winged bat. Do they share common habitats and territories? Do they even live in the same country? How to Draw a Vampire Bat – Step-by-Step Tutorial