How to Draw Porky Pig From Looney Tunes 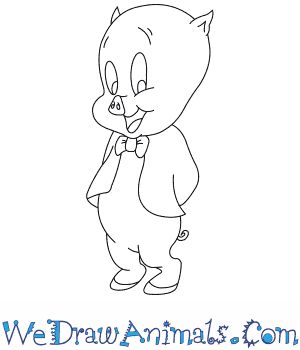 In this quick tutorial you'll learn how to draw Porky Pig From Looney Tunes in 8 easy steps - great for kids and novice artists.

At the bottom you can read some interesting facts about the Porky Pig From Looney Tunes. 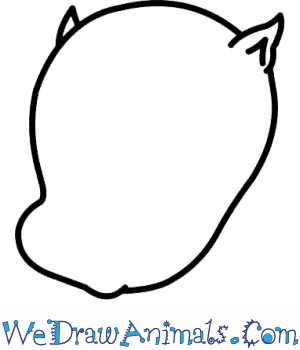 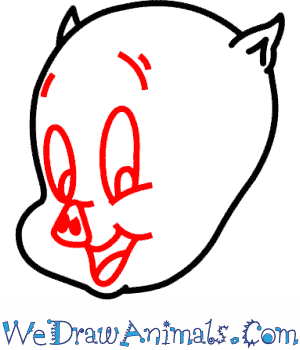 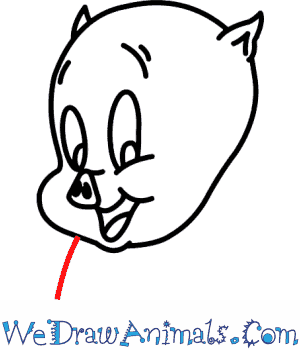 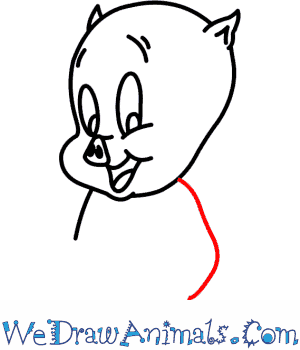 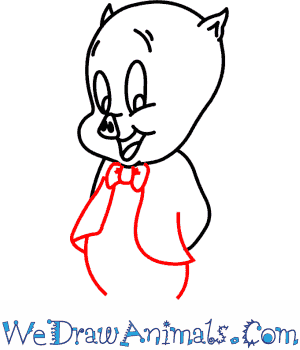 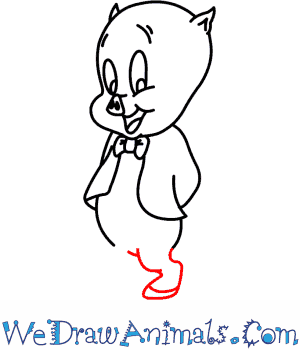 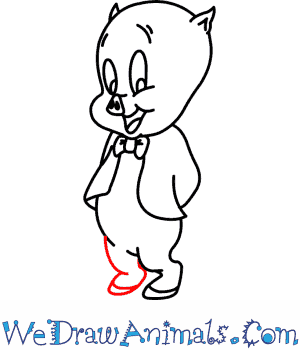 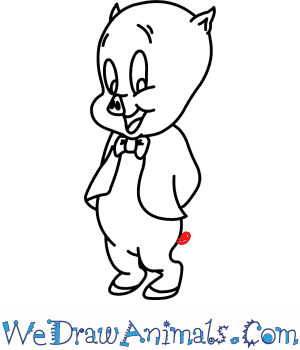 Porky Pig is a member of the Looney Tunes and Merrie Melodies casting group from the animated television series. The characters began their release during 1930 and were produced by the Warner Bros. studio during the Golden Age of American animation. The first characters made were Bosko and Buddy. These cartoons began in movie theaters and outnumbered the frequency from other production companies.

Looney Tunes/Merrie Melodies became a worldwide franchise, creating many television series, comic books, feature films, video games, music albums, and amusement park rides. Some characters have had cameo appearances in many other television shows, advertisements, and movies. As popularly regarded, the greatest cartoons in history are found in this franchise. 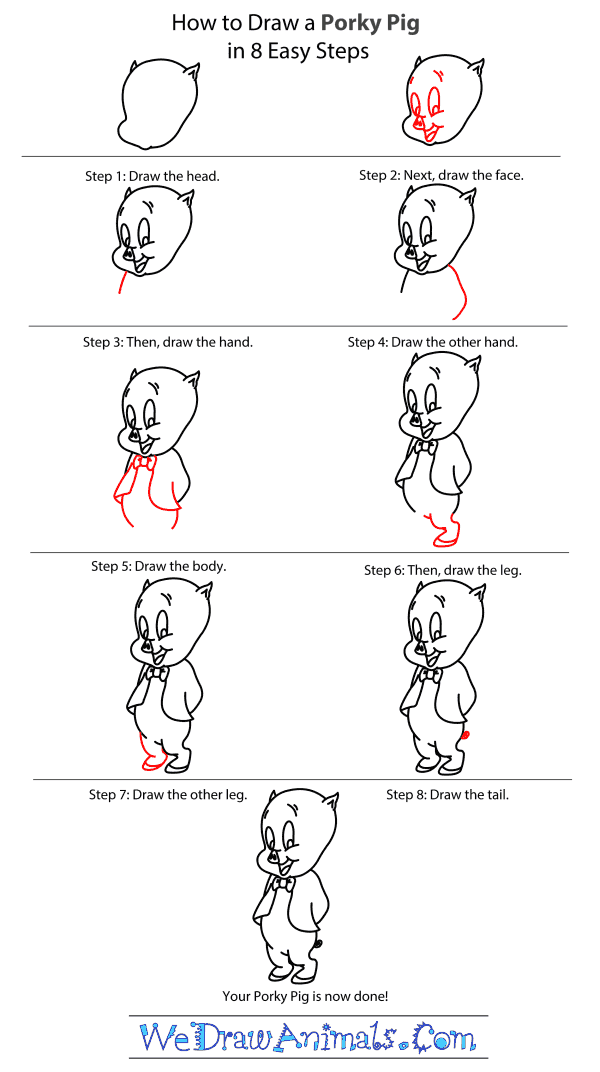 Previous post: How to Draw Oswald The Lucky Rabbit