How to Draw Primeape Pokemon 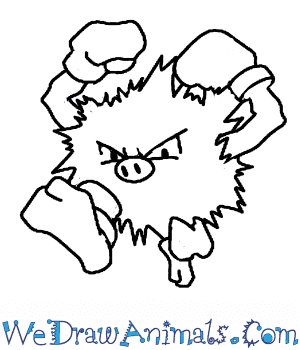 In this quick tutorial you'll learn how to draw Primeape in 5 easy steps - great for kids and novice artists.

At the bottom you can read some interesting facts about the Primeape.

How to Draw Primeape - Step-by-Step Tutorial 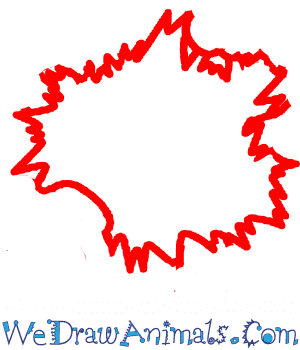 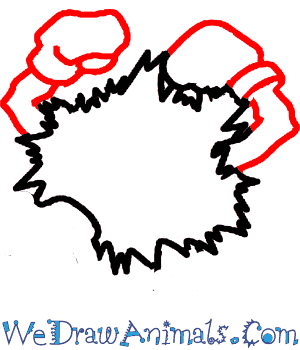 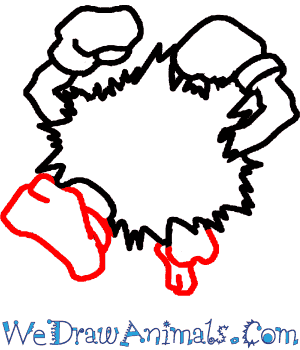 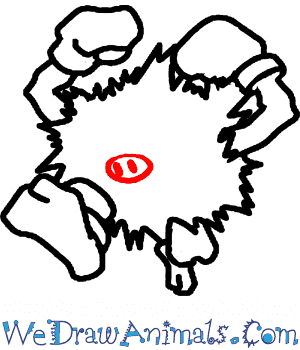 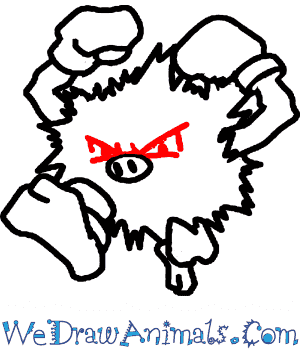 Interesting Facts about the Primeape

This evolution of Mankey looks very much like its predecessor. There are only three differences between the way a Mankey looks and how a Primeape looks. This Pokemon is two feet taller than the less-evolved version, has hands that have no fingers but instead look like boxing gloves, and has black bracers around each of its limbs. They also have a vein in their forehead that throbs when it is annoyed. This Pokemon is angered even more easily than Mankey. Even looking into its eyes will cause this Pokemon significant outrage. When the Primape is angered, it sacrifices some of its intelligent for a boost of fighting power and will chase down whoever has angered it, whether they are friend or enemy. Even if tired, the Primape will sleepily chase after the source of their anger and will not stop until it is captured by them.

Arts and Crafts Activity Notes: For this activity you will need tape, printed or drawn images of the Pokemon, coloring supplies and spinning tops for each participant. Have participants color in their Primeape with crayons, colored pencils or markers, and have them carefully cut them out with safety scissors. After that is done, instruct everyone to tape the backs of their Pokemon to a spinning top. Have everyone then sit in a circle, and spin their tops into each other’s. You’ll have an arena of fighting Primeape, and whoever is left standing is the winner! 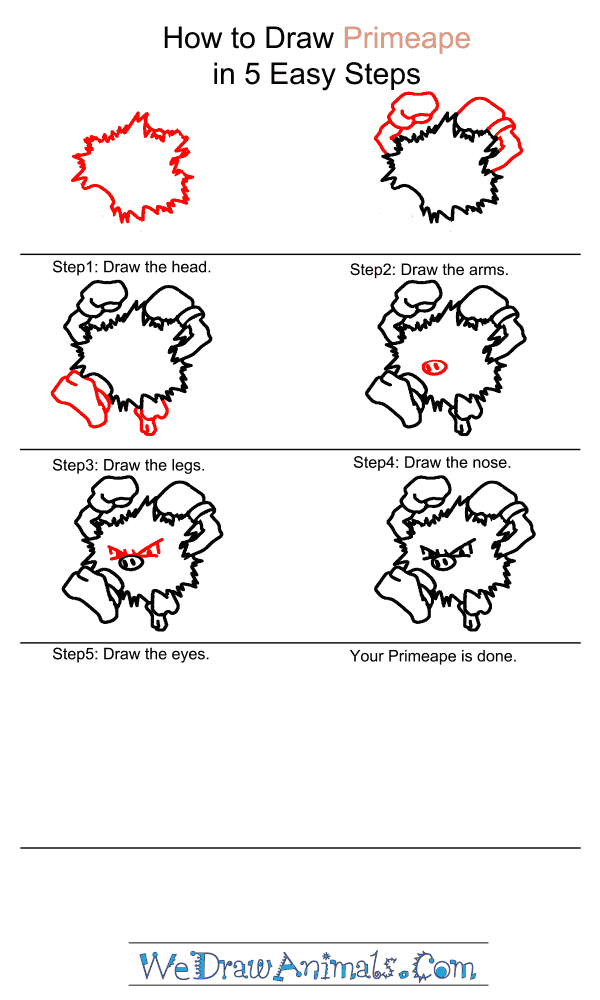 How to Draw Primeape – Step-by-Step Tutorial