How to Draw Tony The Tiger 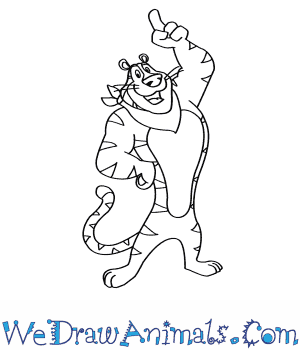 In this quick tutorial you'll learn how to draw Tony The Tiger in 7 easy steps - great for kids and novice artists.

At the bottom you can read some interesting facts about the Tony The Tiger.

How to Draw Tony The Tiger - Step-by-Step Tutorial 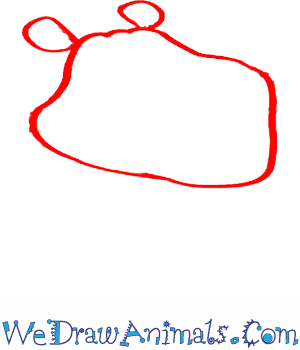 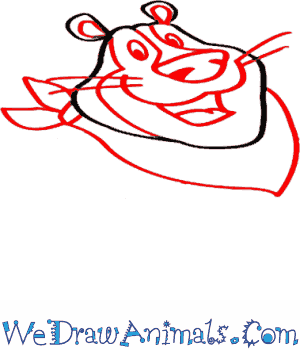 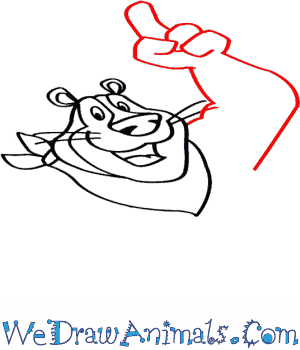 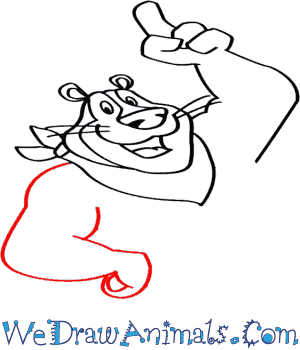 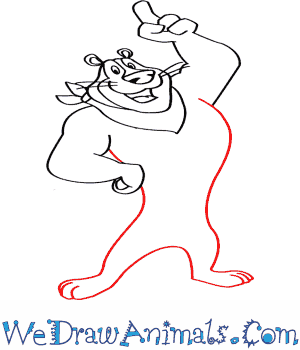 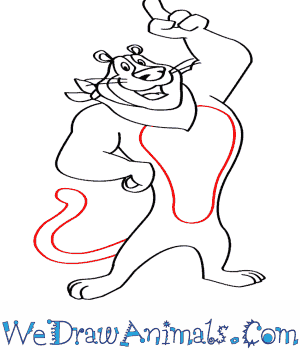 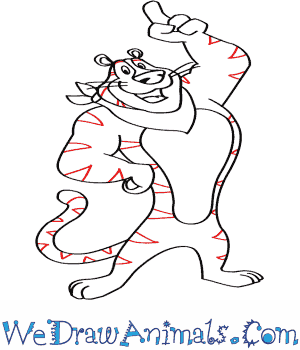 Interesting Facts about TONY THE TIGER

Tony the Tiger is a member in the casting group for the Kellogg Company series of cereals. They used different radio and television celebrities known to the public in their advertisements for breakfast food. It is an American distributor of nutritious and delicious products available at markets.

The original voice actor Thurl Ravenscroft died in 2005. He was replaced by Lee Marshall who portrayed the voice until his death in 2014. Commercials for Frosties in Britain are revoiced locally by Tom Clarke-Hill. The United Kingdom used the song “Eye of the Tiger” in conjunction with the advertisements. Canadian commercials are voiced by Tony Daniels. The voice actor Lee Marshall advertising since 2006 died in 2014. 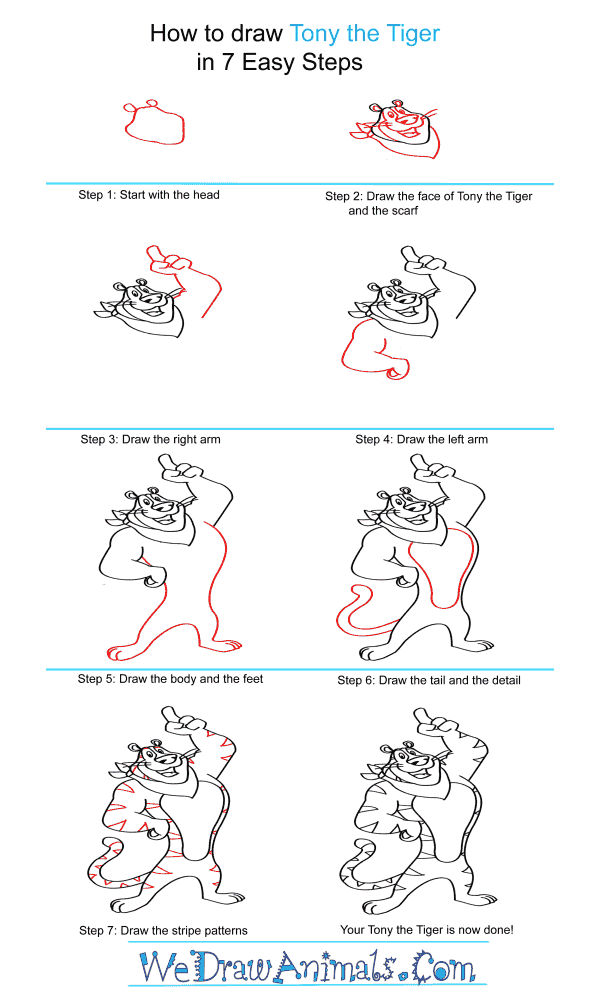 How to Draw Tony The Tiger – Step-by-Step Tutorial