How to Draw Woody Woodpecker

In this quick tutorial you'll learn how to draw Woody Woodpecker in 8 easy steps - great for kids and novice artists.

At the bottom you can read some interesting facts about the Woody Woodpecker. 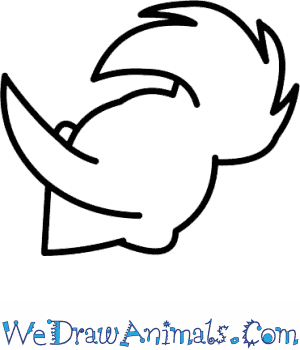 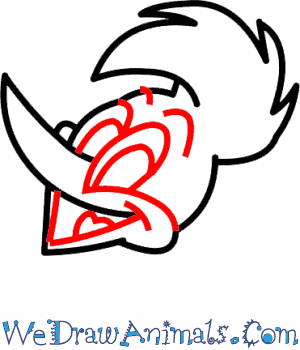 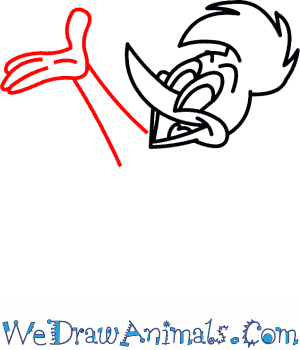 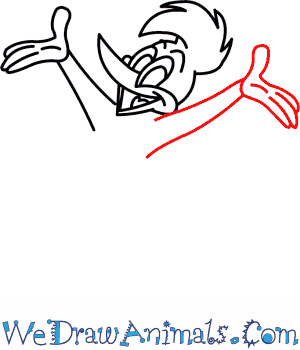 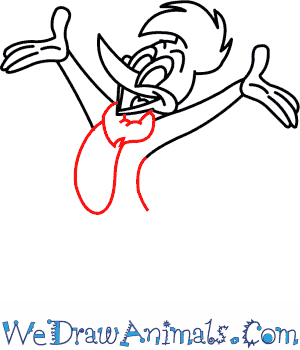 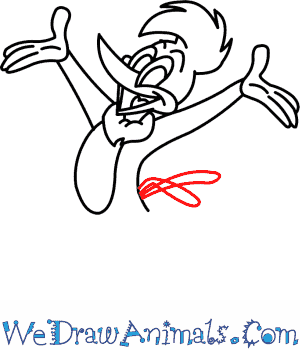 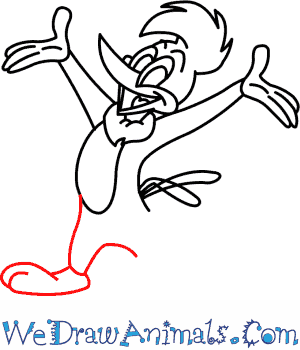 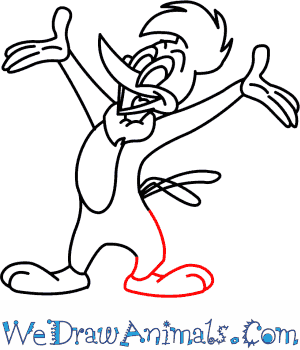 Woody Woodpecker is a member of the Woody Woodpecker casting group from the animated television series. The characters began being designed during 1940 by Paul J. Smith for Walter Lantz studios. The cartoon was their most famous series from Universal Pictures, with second place being Chilly Willy. The bird was inspired by woodpecker that bored holes in a cabin roof where Lantz was having his honeymoon, just before it rained.

He appears in film, television, advertising, VHSs, DVDs, video games, theme parks, US aircraft, Macy’s parades, and a future live-action movie. Other acknowledgements are an award nomination for the song, theaters holding tribute matinées, barbers offering tribute haircuts, a mascot of sport teams, and a star on the Hollywood Walk of Fame. 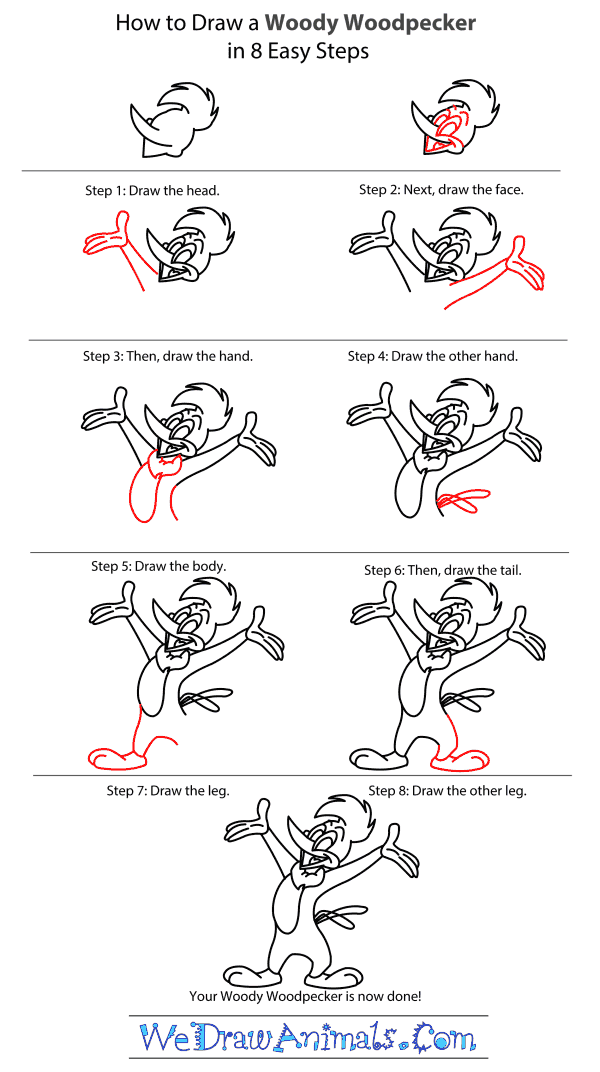