How to Draw a Baby Hawk 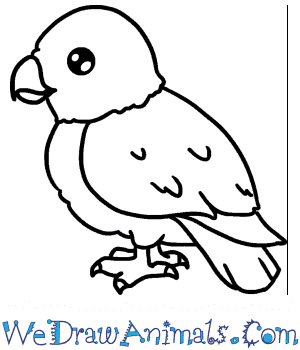 In this quick tutorial you'll learn how to draw a Baby Hawk in 5 easy steps - great for kids and novice artists.

At the bottom you can read some interesting facts about the Baby Hawk.

How to Draw a Baby Hawk - Step-by-Step Tutorial 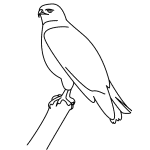 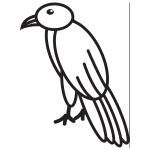 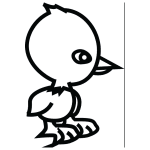 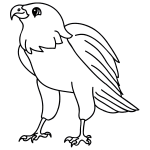 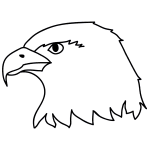 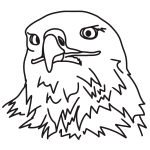 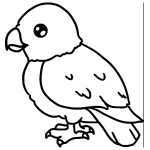 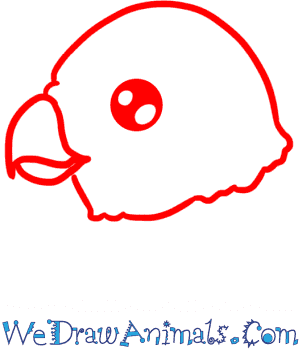 Step 1: lets start by drawing the Hawk's head. Start with the beak by drawing a triangle with curved sides and adding a fourth line between the bottom two points. Next, draw a curved line from the top of the beak to create the rest of the head, then draw line to the left for the Hawk's neck. Make a short line up to the bottom of the beak and you're almost done. draw a circle behind the beak. Draw two smaller circles inside of it, then shade in the space left in the larger circle. 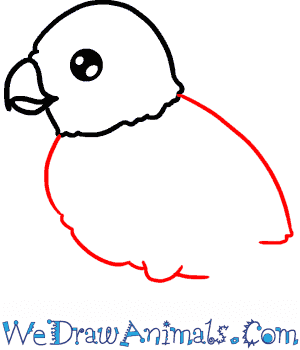 Step 2: Next we'll draw the body of the Hawk. Draw a curved line down from the back of the head we drew in step one and then curve it to the left to form the end of the wings. After that do the same thing for the front of the Hawk. This time we'll draw a half circle to make the base of the Hawk's leg for later. 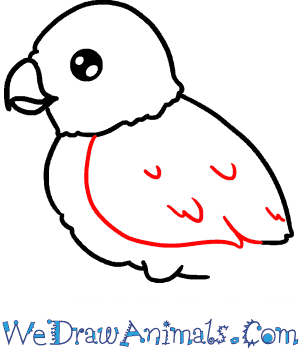 Step 3: Now draw a line parallel to the last line you drew. Connect that new line to the first line from step two, and the outline of the Hawk's wing is almost finished. Add a few small, curved lines to show the Hawk's feathers. 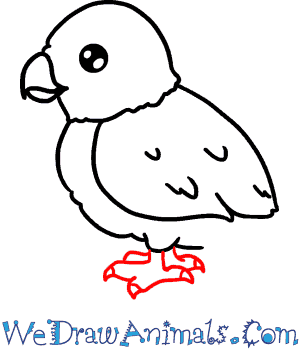 Step 4: For this step we'll draw the Hawk's feet. Start with three short lines coming down from the half circle you drew in step two to make the legs. Next draw the the Hawk's toes with two curving lines each that come to a point. Add a third line to each to show the hawks claws. Now your hawk is almost ready to fly right off the page! 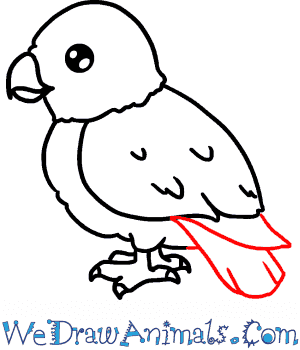 Step 5: All your Hawk needs now is a tail. Draw two lines that curve down from the bottom of the wing and bring them together to make a triangle. Draw two more lines underneat the triangle but make them parallel. Connect them with a curved line, and make two more parallel lines connected to it. Now the Hawk is done and ready to fly! 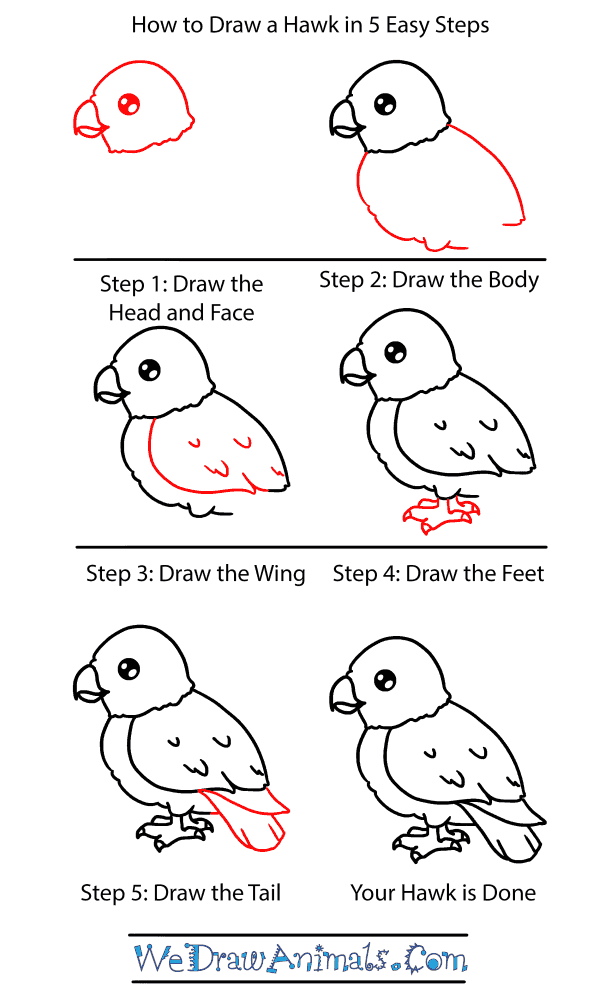 How to Draw a Baby Hawk – Step-by-Step Tutorial