How to Draw a Beluga 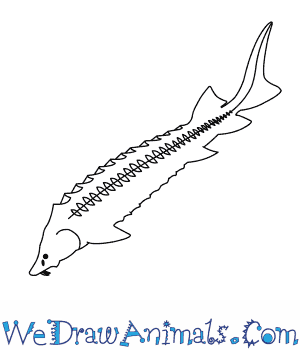 In this quick tutorial you'll learn how to draw a Beluga in 7 easy steps - great for kids and novice artists.

At the bottom you can read some interesting facts about the Beluga.

How to Draw a Beluga - Step-by-Step Tutorial 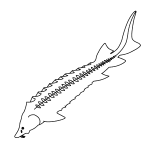 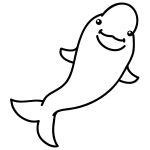 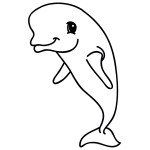 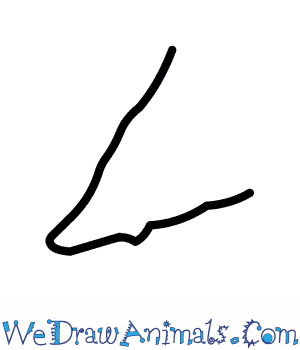 Step 1: To draw a Beluga, you want to start by drawing its head. To draw the head, you want to draw two bumpy angled lines, that meet together at a point. 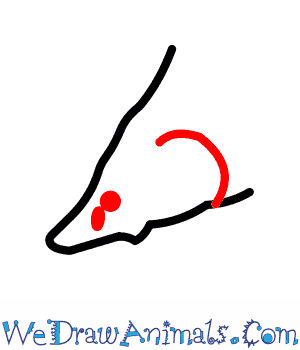 Step 2: Next, you will need to add the eye and the gill. To create the eye, draw two small dots close together. For the gill, draw an arced line behind the eye. 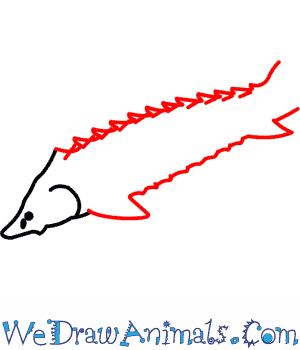 Step 3: For the next step you will want to draw the body and the fins. Draw a jagged line with closely placed points coming out from the top of the head. Draw a similar line on the bottom with a triangle coming down from the front and the back for the fins. 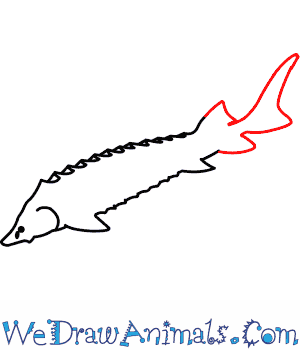 Step 4: Now you will want to draw the tail. For the top of the tail create a triangle. Then create the second part of the tail using a long and small triangle that connect the body and to each other in the middle. 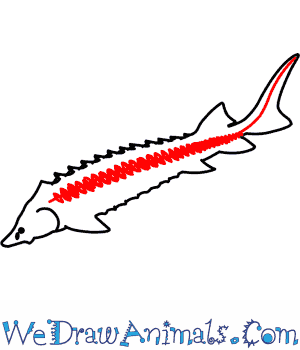 Step 5: The next step is to draw the bony plates. Draw many short straight lines going across the main part of the body. 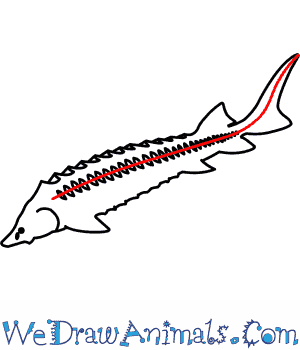 Step 6: Now draw a line through the bony plates, starting from the top of the plates through to the tail. 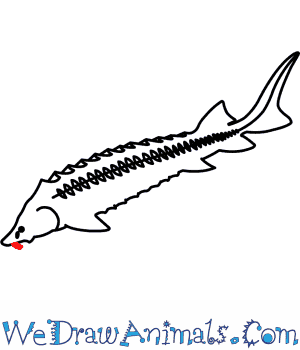 Step 7: The final step is to draw the barbels under the mouth. Draw a couple of short lines coming out of the bottom of the mouth. You have now successfully drawn your Beluga.

Belugas or European Sturgeons are native to the Caspian Sea, as well as the Black and Adriatic Seas. Belugas are some of the oldest fish in the oceans. They were around when the dinosaurs were! Today they are critically endangered because of fishermen. In 2001 the Convention on International Trade in Endangered Species banned fishing for Belugas for six months. This helped people be aware of the problem, but it didn’t help the population in the wild. Today Belugas are raised in hatcheries and released back into the wild.

Activity: This cute little mask will make a fun sight during the lesson. Gather up yarn, pipe cleaners, and paper drinking cups (the cone type.) Punch three holes in a row on the side of the cup near the top. Add two more to the sides of the cup, one on each side. Feed a pipe cleaner through each of the holes. Knot the top so it will dangle from the cup. Then tie a piece of yarn to the each side of the cup. When the kids tie the cup over their noses, then a group of Belugas are ready for the lesson. 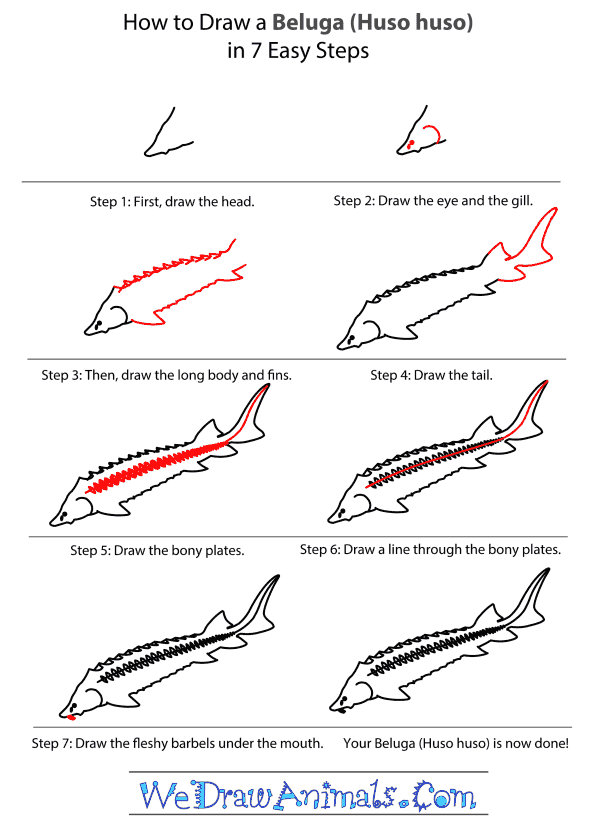 How to Draw a Beluga – Step-By-Step Tutorial