How to Draw a Black-Eyed Bulbul 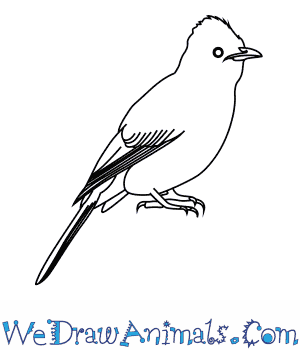 In this quick tutorial you'll learn how to draw a Black Eyed Bulbul in 7 easy steps - great for kids and novice artists.

At the bottom you can read some interesting facts about the Black Eyed Bulbul.

How to Draw a Black Eyed Bulbul - Step-by-Step Tutorial 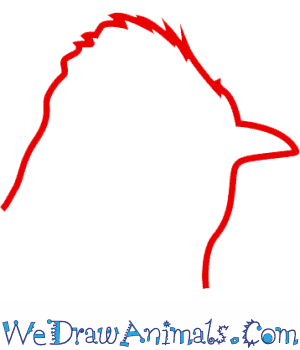 Step 1: The black-eyed bulbul is a type of songbird that lives in Africa. The word ‘bulbul’ is Arabic for ‘nightingale’, which are said to have beautiful voices. Despite being a different species, the black-eyed bulbul’s song is just as beautiful. To draw the head, start with an upside down ‘U’ shape and add a beak to it. Make the top of the head jagged for the bulbul’s crest of feathers. 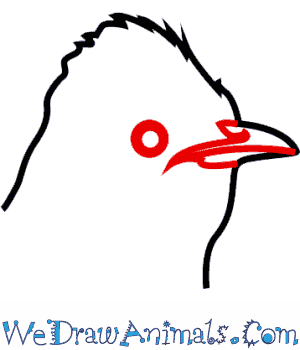 Step 2: Add a circle for the eye, and a jagged line to define the beak. 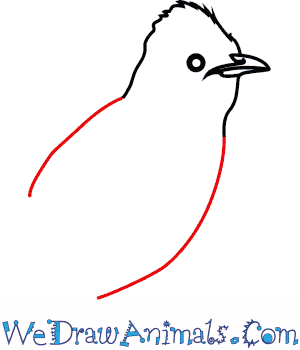 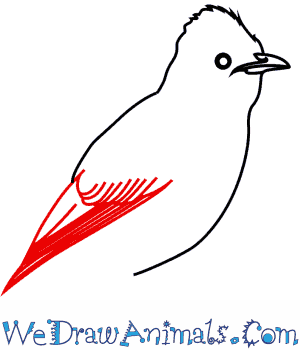 Step 4: Draw a long ‘V’ shape for his wing, and lots of slanted lines to create the feathers. 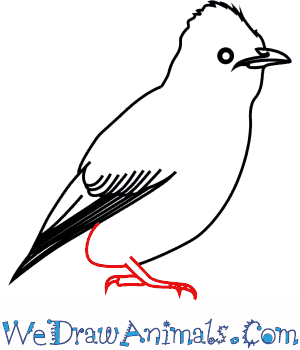 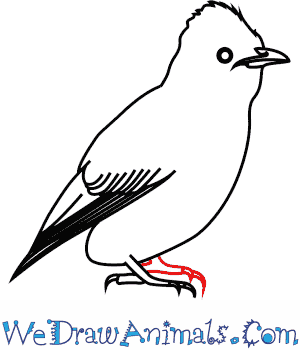 Step 6: Add another leg behind the first. A black-eyed bulbul uses his feet to help him forage for his favorite food – fruit and bugs! 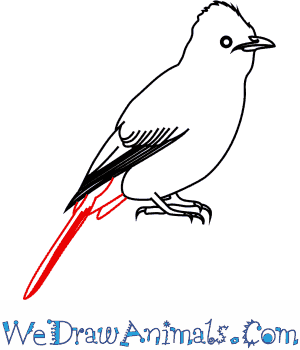 Step 7: Lastly, draw a tail and add long lines to show the tail feathers. You’re now done! To color in your bird, make the face and head black, the body gray, and his wings a brownish color. The area by his tail feathers is a bright yellow color.

The black-eyed bulbul is a songbird that is native to Africa. It is also called the black-capped bulbul, common bulbul, or common garden bulbul. Their habitats include forest edges, places with lots of plants that are near bodies of water, woodlands, and plantations.

Females lay two to three eggs. Nesting season is from July to April. The mother keeps her eggs warm in a nest while the father brings her food. The eggs hatch after about 12 to 15 days. Unlike other birds, the chicks leave the nest before they can fly, usually after 11 to 16 days. They stay together in the same tree as their nest until they are ready to forage for food with their parents. 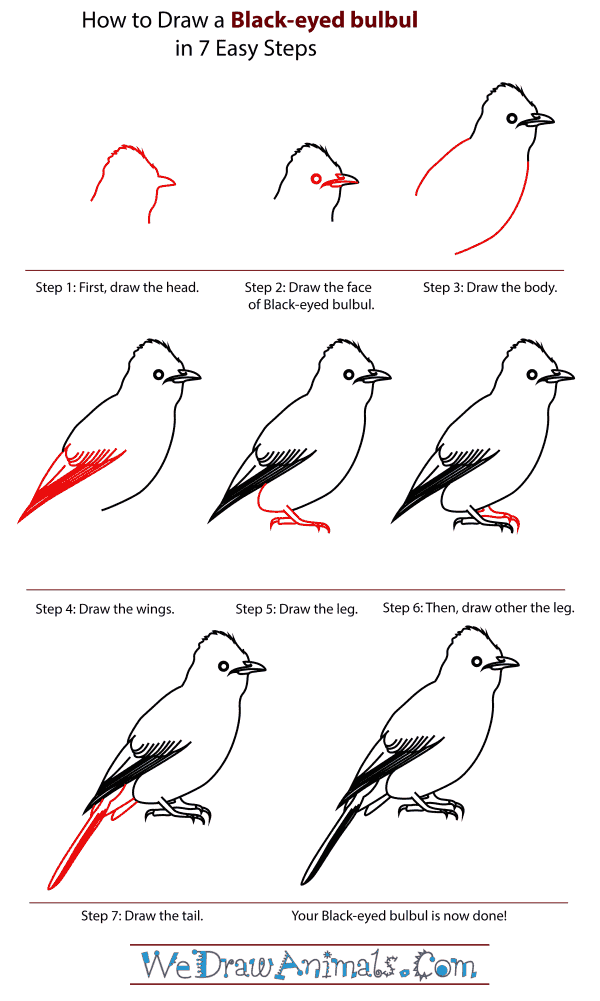 How To Draw A Black-Eyed Bulbul – Step-By-Step Tutorial