How to Draw a Black Grouper 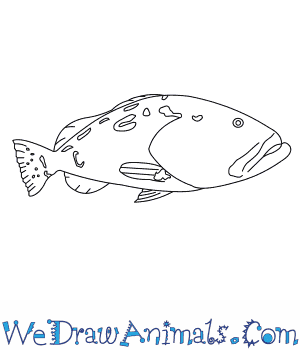 In this quick tutorial you'll learn how to draw a Black Grouper in 7 easy steps - great for kids and novice artists.

At the bottom you can read some interesting facts about the Black Grouper.

How to Draw a Black Grouper - Step-by-Step Tutorial 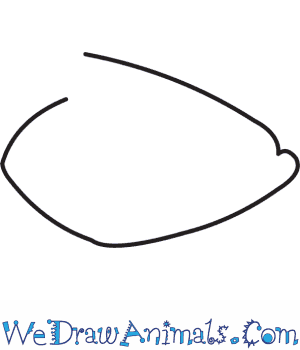 Step 1: First draw the head using a curved line which will be your fish's gills. Be sure to draw the lower lip further out than the upper lip to create the Black grouper's signature pouty lips. 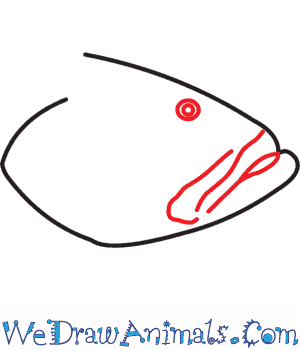 Step 2: Now bring your fish to life by drawing its face. Create the eye by drawing a small circle inside of a larger circle. Make the wrinkly mouth using three lines. 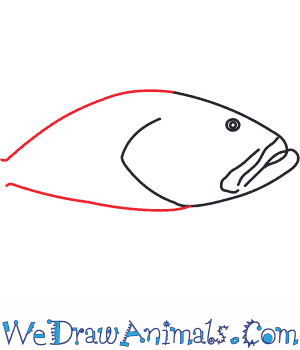 Step 3: The Black grouper has a simple football shaped body. Achieve this shape by drawing two lines that mirror each other. Leave a space between the two lines for the tail. 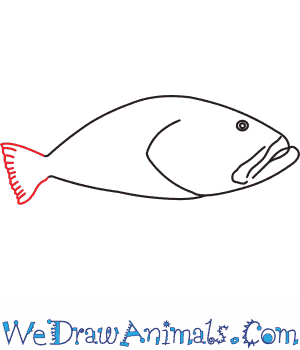 Step 4: The tail is a short fan-shape. Draw small lines to represent the ripples of the tail. 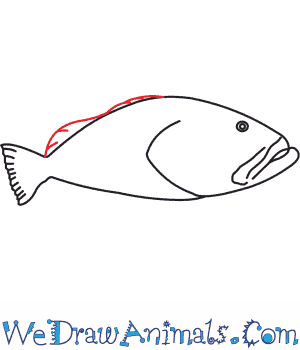 Step 5: Next, draw the upper fins. The upper fins should begin in the middle of the fish's back. Draw the first fin with a much lower arch than the second and add two lines to each fin for detail. 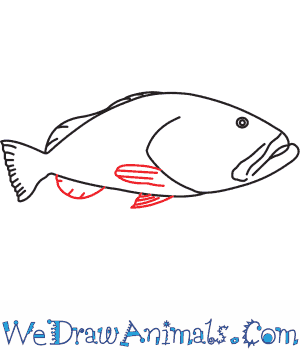 Step 6: Then, draw the three lower fins. Draw one open oval connected to the gills. By the tail, draw a small semi-circle and attached to the body below the gills draw a pointed fin. Each one of these fins should have lines added for detail. 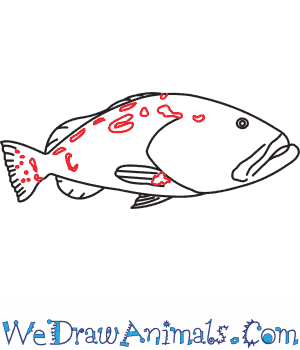 Step 7: The final step is to draw the patterns of your fish. Get creative and add color to your completed Black grouper.

Interesting Facts about the Black Grouper

The black grouper (Mycteroperca bonaci) is a fish that lives on the eastern coast of North and South America, and can be found ranging from Florida to Brazil. The fish mostly stays twenty to 100 meters below the surface of the water, around rocky bottoms and coral reefs.

Lesson plan note: Most animals are born either male or female. Discuss why the black grouper being able to change sex as they grow would help breeding and population. 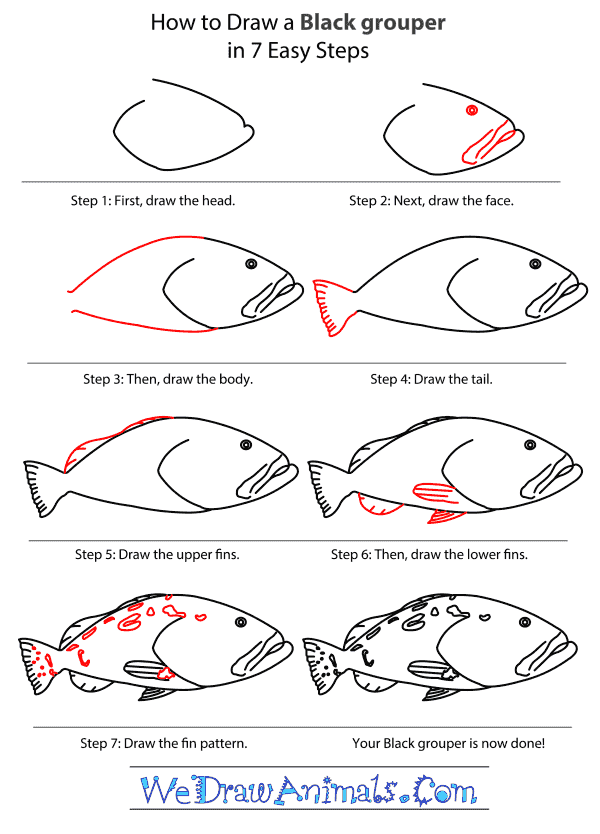 How to Draw a Black Grouper – Step-by-Step Tutorial