How to Draw an Atlantic Sturgeon 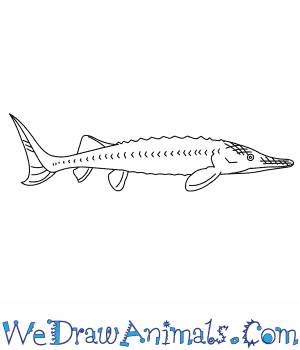 In this quick tutorial you'll learn how to draw an Atlantic Sturgeon in 7 easy steps - great for kids and novice artists.

At the bottom you can read some interesting facts about the Atlantic Sturgeon.

How to Draw an Atlantic Sturgeon - Step-by-Step Tutorial 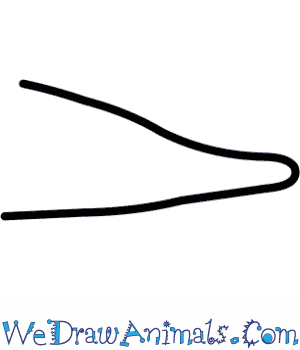 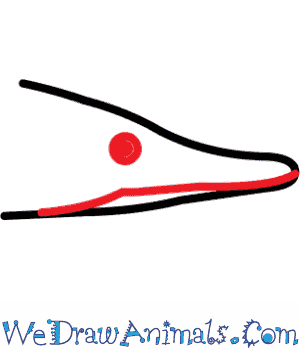 Step 2: Now draw the face. Make a circle for the eye and a bending line for the mouth beginning at the tip of the head and ending to the left of the eye. 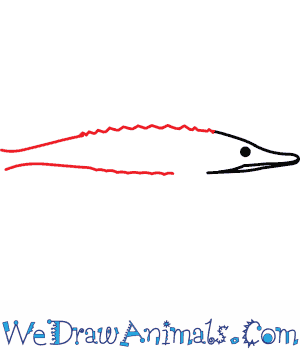 Step 3: It's body time! Draw a long ridging line connecting from the top of the head and a similar line for the belly of your fish. Leave an open space between the two lines at the back of your fish for the tail and near the head for the upper fin. 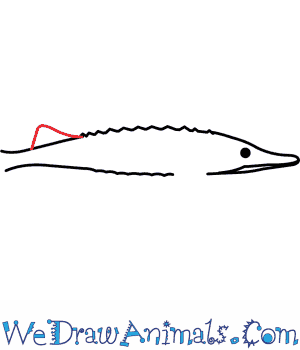 Step 4: Next, draw the dorsal fin. 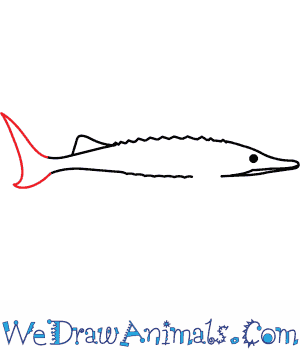 Step 5: To swim fast, your fish needs a large pointed tail to cut through the water. Your tail should curve up into a point at the top and down to a smaller point at the bottom. 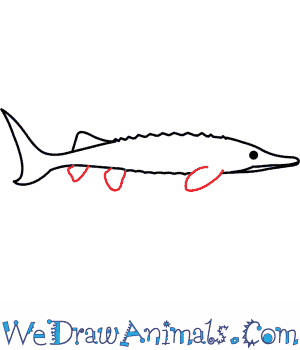 Step 6: Now draw the lower fins which are small and rounded. 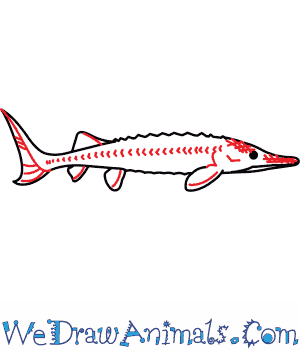 Step 7: Draw the patterns of this sea-dwelling fish. Remember to include the spikes along its side and gills so it can breathe.

Interesting Facts about the Atlantic Sturgeon

The Atlantic sturgeon (Acipenser sturio) is a fish that resides on most of the coasts of Europe.

Lesson plan note: Many animals evolve over the years to adjust to their environment, but the Atlantic sturgeon has stayed the same for as long as we know. Discuss why this might be. 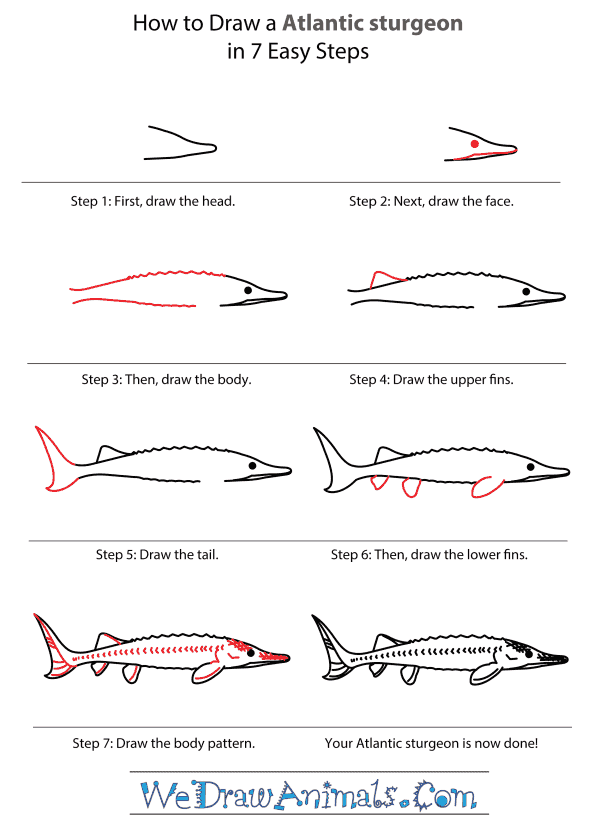 How to Draw an Atlantic Sturgeon – Step-by-Step Tutorial