How to Draw a Blackcap 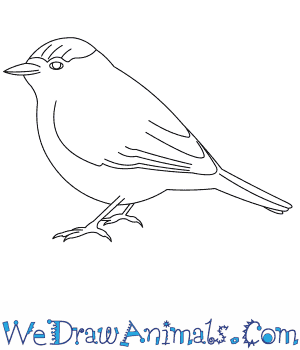 In this quick tutorial you'll learn how to draw a Blackcap in 7 easy steps - great for kids and novice artists.

At the bottom you can read some interesting facts about the Blackcap.

How to Draw a Blackcap - Step-by-Step Tutorial 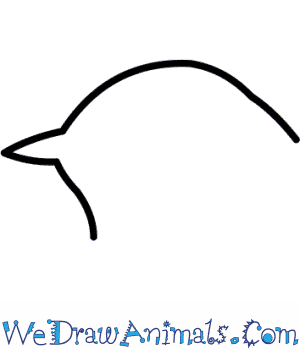 Step 1: First, draw the head with a short, thin beak in the middle. 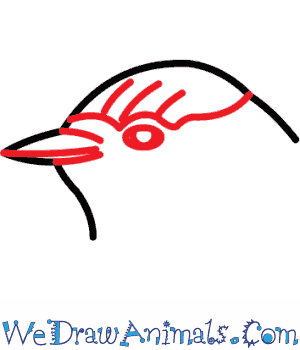 Step 2: Draw the face by adding lines to the beak and from the top of the head to create feathers. The eye should be a circle behind the back of the beak 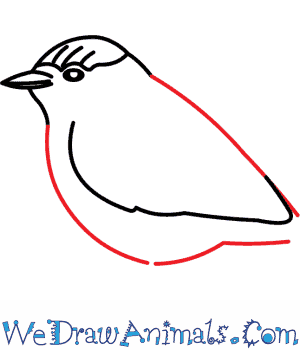 Step 3: Next, draw the plump body of the Blackcap by using one deeply curving line for the belly and one nearly straight line for the back. 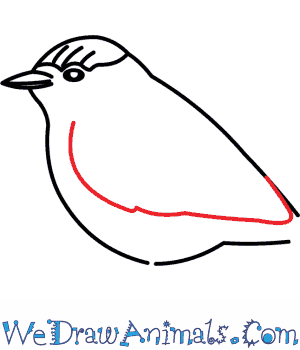 Step 4: Let your Blackcap fly by adding a curved line that begins at the chest and connects to the back line. 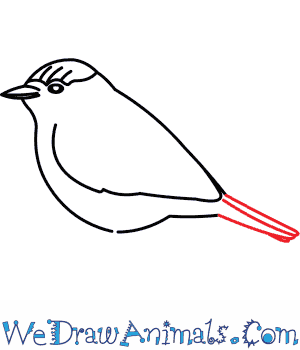 Step 5: Now, draw the short tail by drawing a rectangle that connects to the back of your bird. Draw a line in the center of the tail to show off your bird's feathers. 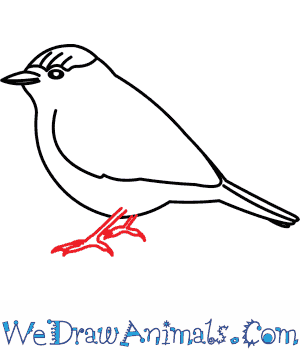 Step 6: Lastly, draw the legs and feet by connecting two thin lines to three points which are the feet of your bird. Draw the leg furthest from you much shorter than the first leg and attach it slightly closer to the back of the bird than the first.

Interesting Facts about the Blackcap

The blackcap (Sylvia atricapilla), or Eurasian blackcap, is a common warbler. It is usually olive grey on top and light grey on its belly. Males have a black looking cap on their head, while females have a reddish one. 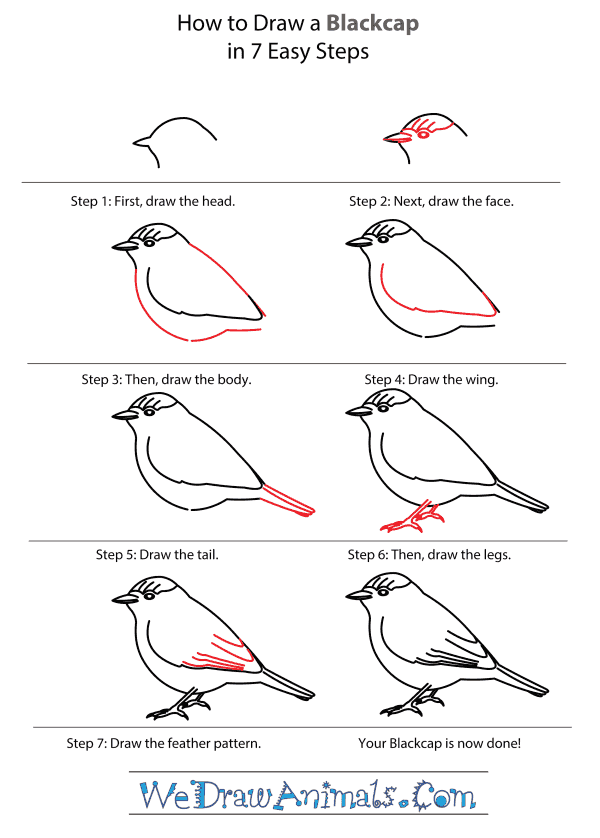 How to Draw a Blackcap – Step-by-Step Tutorial

Next post: How to Draw a Blacktip Reef Shark