How to Draw a Blacktip Reef Shark 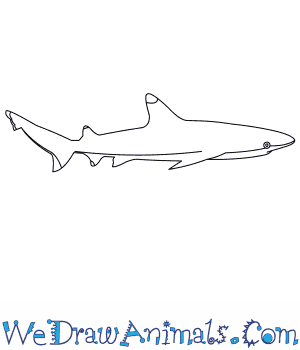 In this quick tutorial you'll learn how to draw a Blacktip Reef Shark in 6 easy steps - great for kids and novice artists.

At the bottom you can read some interesting facts about the Blacktip Reef Shark.

How to Draw a Blacktip Reef Shark - Step-by-Step Tutorial 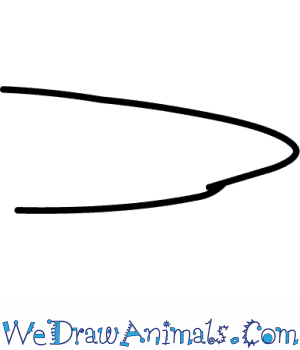 Step 1: First, draw half of an oval for the head of your shark. Make a notch near the curve for the mouth. 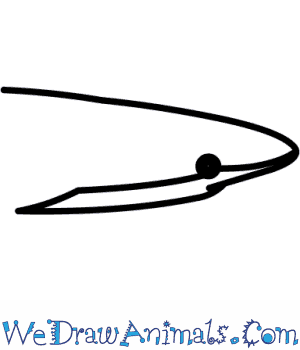 Step 2: Draw the face of your shark by bringing a line from the nose of the shark to the end of the head. Fill in a circle that is touching this line for the eye. 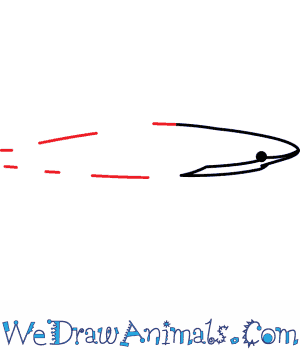 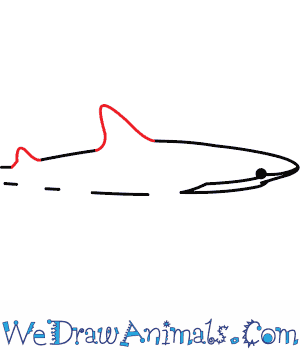 Step 4: Next, make the upper fins. The black fin should be much shorter than the top fin. Both fins should arch so that their points are directed away from the shark's head. 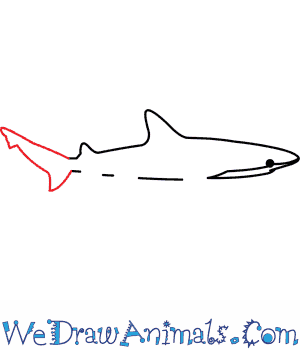 Step 5: Then, draw the large, triangular tail with two small points which help your shark cut through the water. 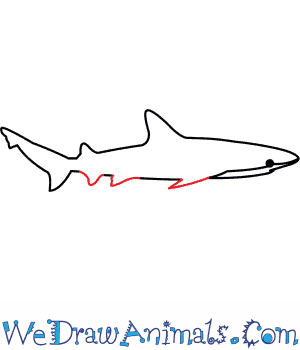 Step 6: Now draw the lower fins in the spaces you left empty. The front fin should be thin and extremely sharp. 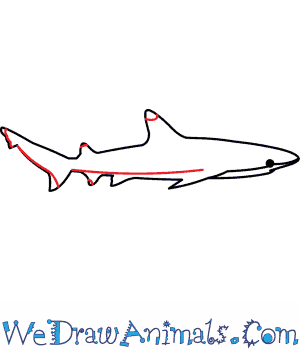 Step 7: Make your shark unique by adding its body lines. Be sure to add the curved line to the tip of your shark's upper fin.

The blacktip reef shark (Carcharhinus melanopterus) can be easily identified by the black tip on its dorsal fin. It prefers shallow waters in the Indian and Pacific Ocean, and its black tip peeking out of the ocean is a common sight in some areas.

Lesson plan note: Although sharks are feared, most sharks are like the blacktip reef shark and are rarely a threat to humans. Discuss why our culture has developed a fear of sharks, even though severe attacks and death rates due to sharks are very low. 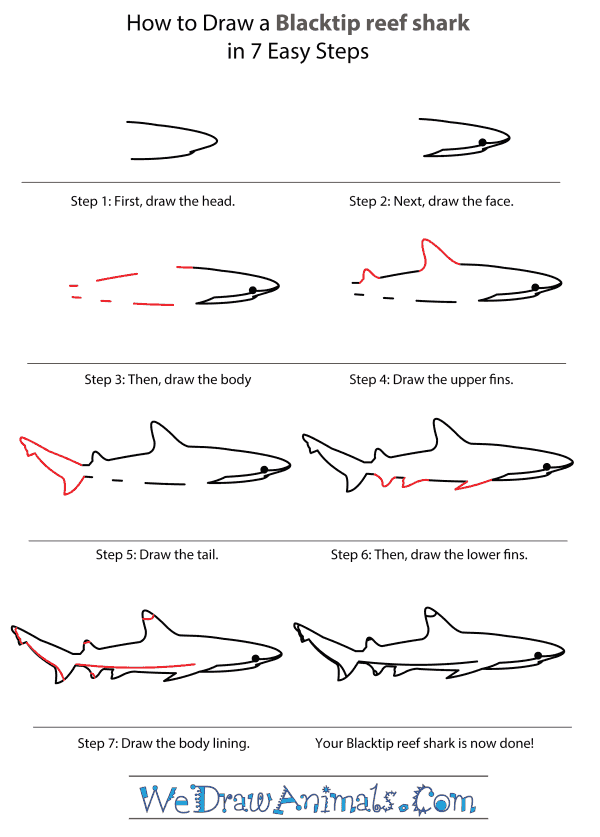 How to Draw a Blacktip Reef Shark – Step-by-Step Tutorial