How to Draw a Black-Tailed Prairie Dog 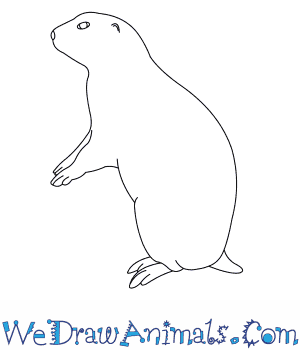 In this quick tutorial you'll learn how to draw a Black Tailed Prairie Dog in 6 easy steps - great for kids and novice artists.

At the bottom you can read some interesting facts about the Black Tailed Prairie Dog. 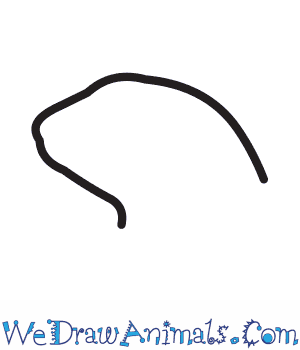 Step 1: First, draw the oval-shaped head of the prairie dog attached to a short line for the neck. 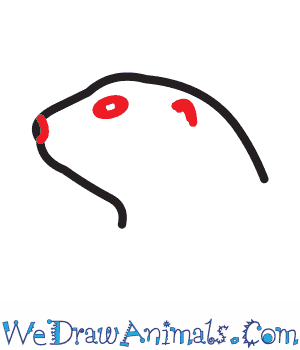 Step 2: Next, draw the face by making a small semi-circle at the tip of your oval for the nose. Draw a circle for the eye where your prairie dog's head curves slightly inward. To make the ear, draw an upside down U shape at the back of the head. 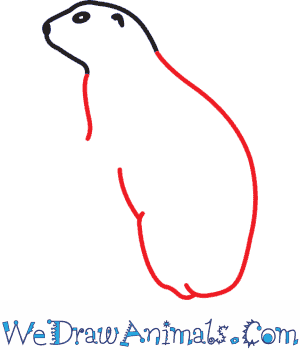 Step 3: Then, draw the body using one short line for the chest and one long line that attaches to the back of the head and curves up to almost meet the line you made for the chest. Don't forget to make a short line where you want to show the belly of your prairie dog. 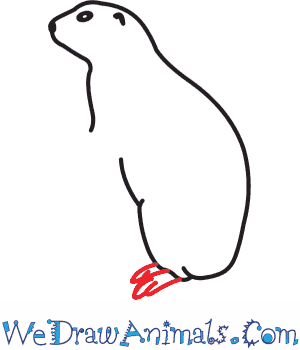 Step 4: Draw the hind legs using two U shapes that stick directly out from the bottom of the prairie dog's body. Add one short line to each foot to create the separation of it's toes. 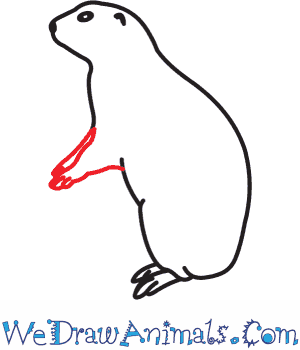 Step 5: Draw the front legs by having two lines extend from the upper body and slightly point into the shape of the paws. For the leg furthest from you, simply draw a line that is above the closest, more detailed paw. Have this leg end closer to the body than the left leg. 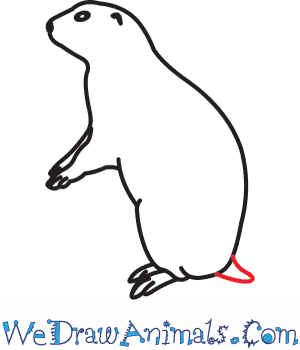 Step 6: Then, draw the tail by making a cone-shape that is attached to the rump of your Black prairie dog.

Black-tailed prairie dogs (Cynomys ludovicianus) are native to North America. They used to be the most common prairie dog in the United States, but due to their habitat being used as grazing ground for farm animals as well as farmers and hunters exterminating them as pests, their numbers have lowered.

Lesson plan note: Discuss how farms, ranches, and changes to the environment due to grazing animals have caused the prairie dog population to drop over the years. 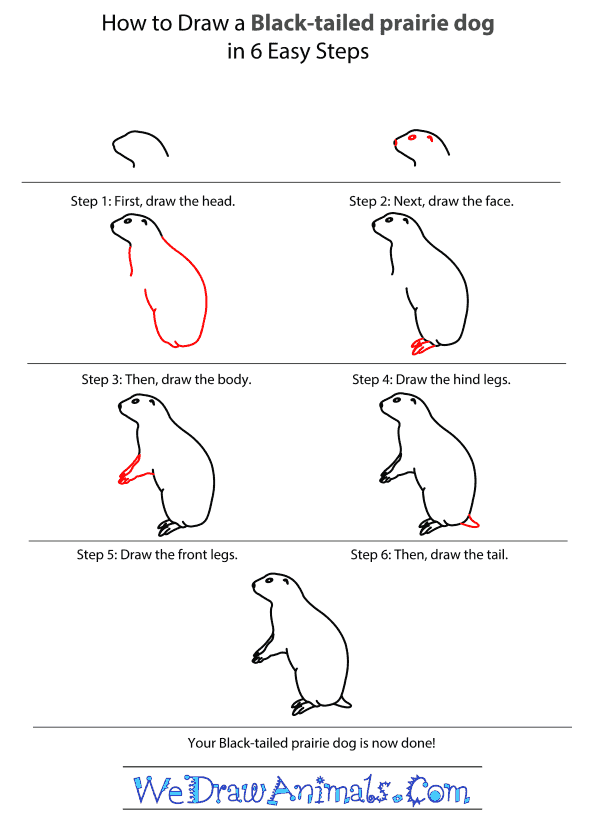