How to Draw a Blackbuck 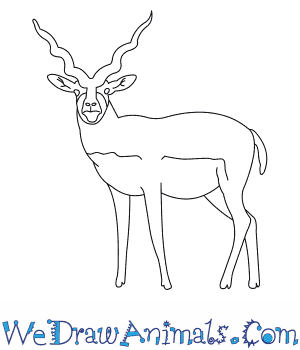 In this quick tutorial you'll learn how to draw a Blackbuck in 6 easy steps - great for kids and novice artists.

At the bottom you can read some interesting facts about the Blackbuck.

How to Draw a Blackbuck - Step-by-Step Tutorial 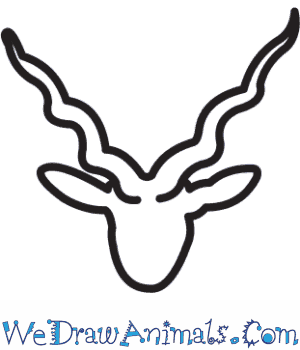 Step 1: First, draw the small round head of the Blackbuck with oval shaped ears. Draw two spiraling horns that are double the length of its head coming from between its ears. 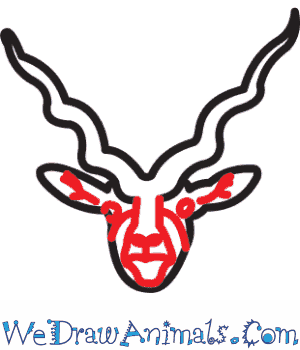 Step 2: Next, draw the face. Begin by adding two short lines to make the bridge of the nose. Fill in an upside down triangle for the nose and add lines for the mouth and inner ears. Draw small circles next to the base of the ears for eyes. 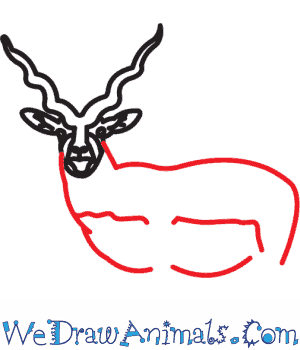 Step 3: Then, attach a line from the base of each ear and curve the lines away from each other to create the soft rounded body of your Blackbuck. Draw two lines on its side to separate the upper half from the lower (Blackbucks are brown colored on top and white on the bottom). 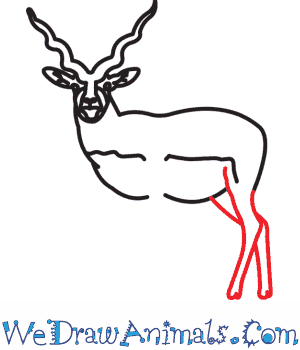 Step 4: Now, draw the two thin hind legs. The leg closest to you should start right beneath the middle line you made earlier. 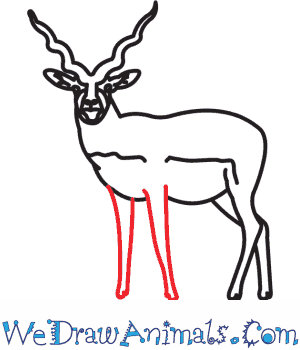 Step 5: Draw the front legs by using straight lines that connect at a slight point for the hooves. 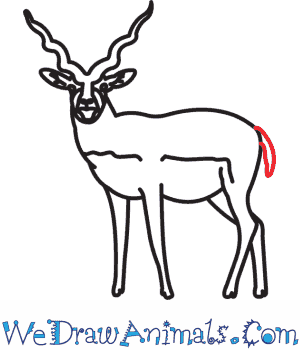 Step 6: Lastly, draw the Blackbuck's small oval-shaped tail coming from the back curve of its body.

Interesting Facts about the Blackbuck

The blackbuck (Antilope cervicapra) is an antelope that lives in desert areas as while as open wooded areas. While native to India and Pakistan, blackbuck are still found in India but considered extinct in Pakistan.

Lesson plan note: Discuss the regional evolution of the blackbuck from being found in India and Pakistan, and it being introduced to the United States and Argentina and how this may help the species or effect other species. 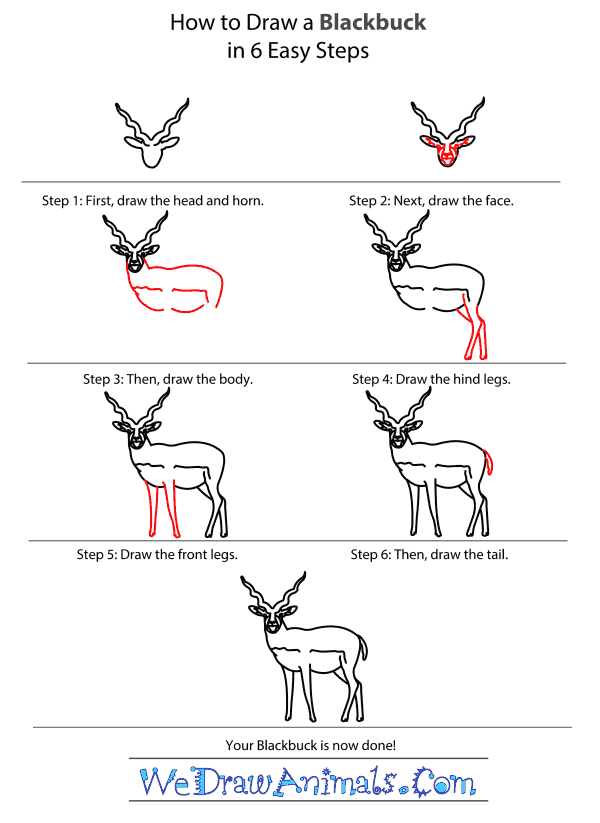 How to Draw a Blackbuck – Step-by-Step Tutorial

Next post: How to Draw a Columbian Rainbow Boa

Previous post: How to Draw a Black-Tailed Prairie Dog