How to Draw a Columbian Rainbow Boa 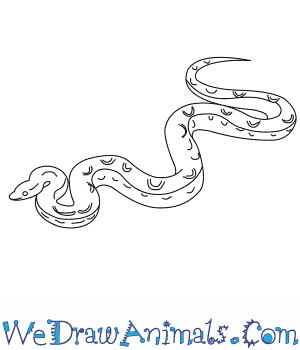 In this quick tutorial you'll learn how to draw a Columbian Rainbow Boa in 5 easy steps - great for kids and novice artists.

At the bottom you can read some interesting facts about the Columbian Rainbow Boa.

How to Draw a Columbian Rainbow Boa - Step-by-Step Tutorial 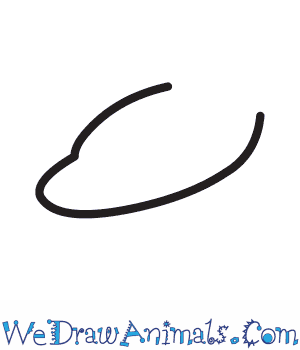 Step 1: First, draw the snake's egg-shaped head. There should be a small bump for separation between mouth and forehead of the snake. 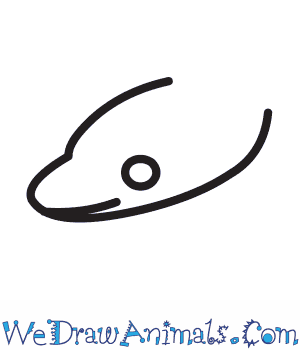 Step 2: Next, draw the face by adding a line from the tip of the nose to the right edge of its face. Above this line raw a medium-sized circle for the eye. 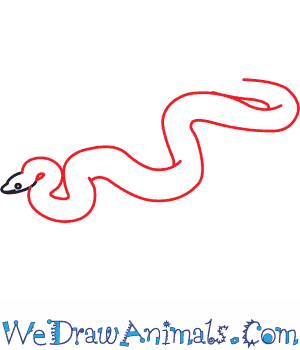 Step 3: Then, draw the long twisting body of your snake. Leave a space between the sides of your snake so that you have room to put the tail later. 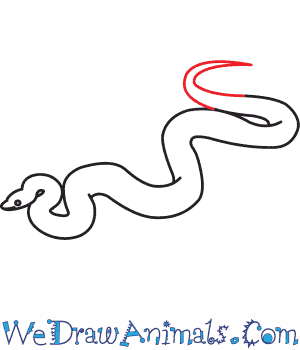 Step 4: When you are happy with the shape of your snake, add the tail by drawing the two lines together into a sharp point for the end of the tail. 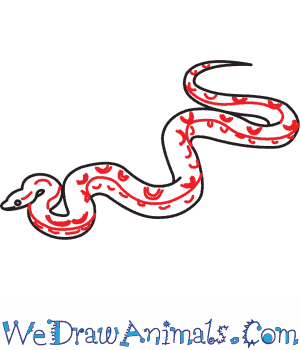 Step 5: The last step of drawing your rainbow is also the most important! Give your snake its unique pattern by adding the body lines like you see in the picture.

Lesson plan note: Talk about why it might be helpful for a snake to be able to change its color between the day and night. 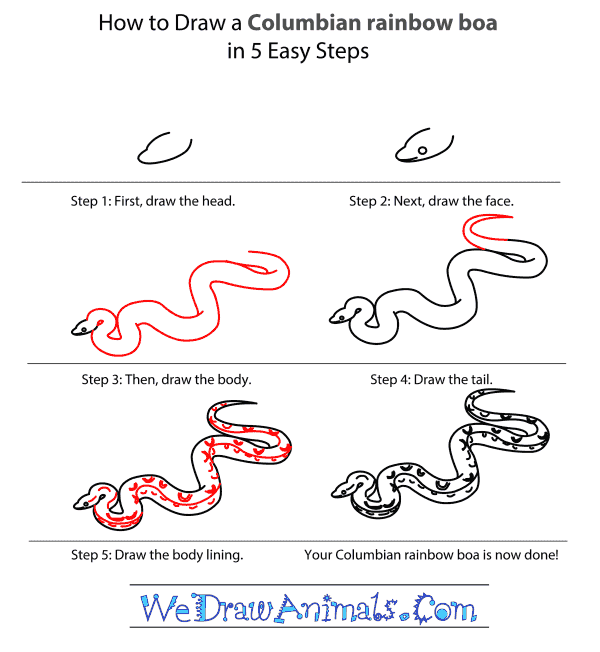 How to Draw a Columbian Rainbow Boa – Step-by-Step Tutorial