How to Draw a Brachiosaurus 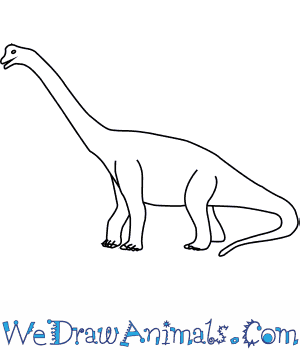 In this quick tutorial you'll learn how to draw a Brachiosaurus in 6 easy steps - great for kids and novice artists.

At the bottom you can read some interesting facts about the Brachiosaurus.

How to Draw a Brachiosaurus - Step-by-Step Tutorial 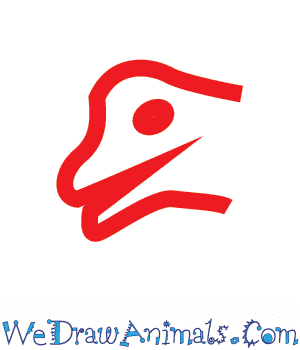 Step 1: First, draw the head and face. The brachiosaurus had a very small, snub head with a hump where the eyes and brain were, behind the nose. 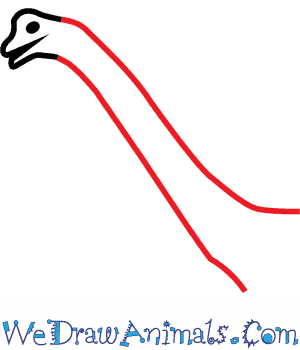 Step 2: Draw the neck, which was very long and sloped down to the body like a giraffe. However, the neck would not be as straight and upright as a giraffe’s, so be sure to make it slope a bit more. 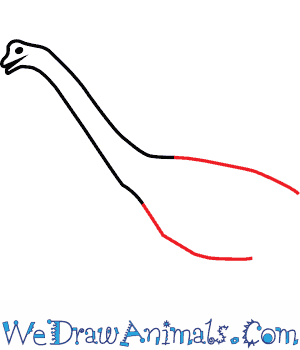 Step 3: Draw the body with two lines that extend out from the end of the neck. 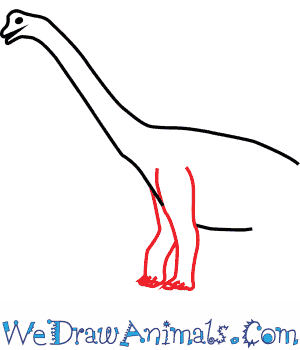 Step 4: Draw the front legs, which would look like much larger versions of elephant legs. Like an elephant’s, they would have had to have supported a lot of weight, though the brachiosaurus would have outweighed the elephant by dozens of tons. 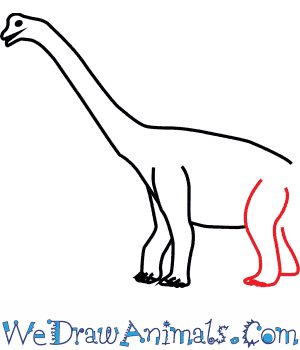 Step 5: Draw the hind legs, which are shorter than the front two, unlike many other dinosaurs that stood more upright. 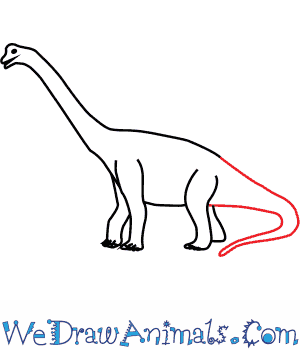 Step 6: Draw the tail, which is not quite as long as other dinosaurs like it, which were called sauropods. Since it was not used as much for balance, the tail will be shorter and drag more on the ground. It should start wide at the back of the body and curl into a point.

Interesting Facts about the BRACHIOSAURUS

The Brachiosaurus is a member of the dinosaur group and the scientific term for them is B. altithorax. Their Greek name “brachio-saurus” means “arm-lizard” in English, referring to its unusually long arms. The Latin word “alti-thorax” means “tall-chest” in English, because of the great depth of its rib cage. It was the largest of all dinosaurs. The neck was very long, rear legs short, and head small, much like the Giraffe.

his warm-blooded creature lived in the central-western North America. Although the Giraffe lives in Africa, there was a relative of the Brachiosaurus that lived on the same continent. 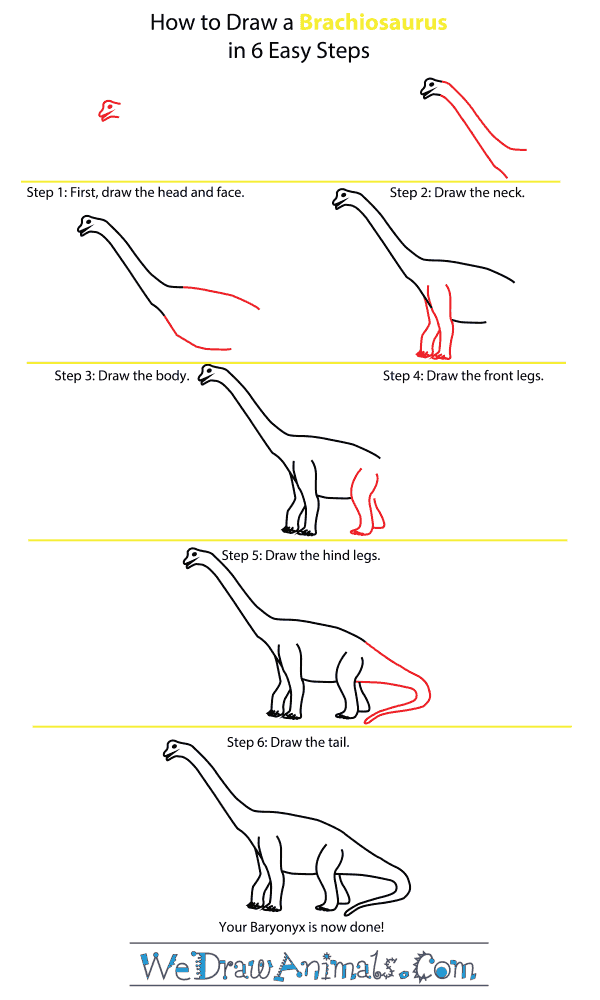 How to Draw a Brachiosaurus – Step-by-Step Tutorial