How to Draw an Ankylosaurus 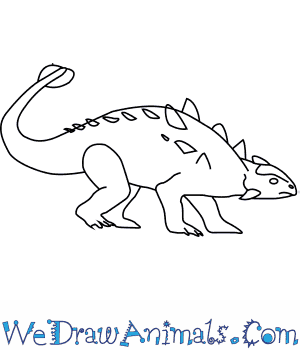 In this quick tutorial you'll learn how to draw an Ankylosaurus in 6 easy steps - great for kids and novice artists.

At the bottom you can read some interesting facts about the Ankylosaurus.

How to Draw an Ankylosaurus - Step-by-Step Tutorial 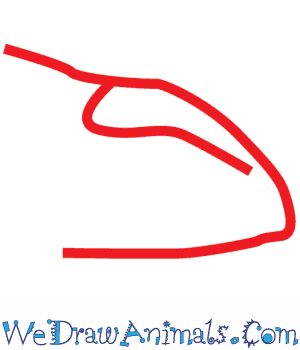 Step 1: First, draw the head like a large turtle’s head, and a line along the top that is part of the ankylosaurus’ armor. 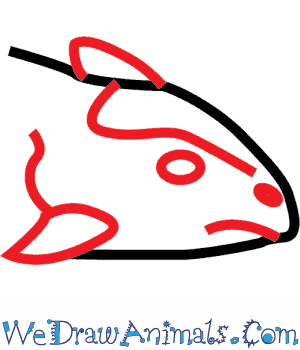 Step 2: Draw the eyes and face. A triangle on the top of the head and another along the side are more parts of its armor. Remember a beak-like mouth at the point of the head and the nostril. 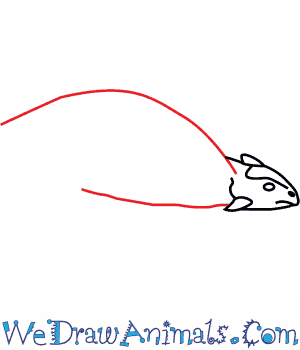 Step 3: Draw the body, which has a large hump on the back and flat underside. Think of a turtle’s shell, which is somewhat similar. 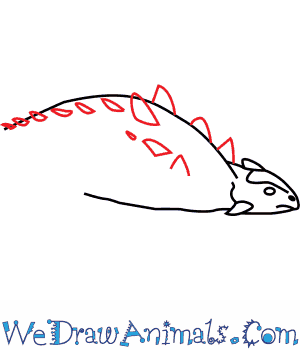 Step 4: Draw the body texture. This is a group of rows of bony plates. These can be drawn as triangles and similar shapes of different size, running down the back of the ankylosaurus to where the tail will be. 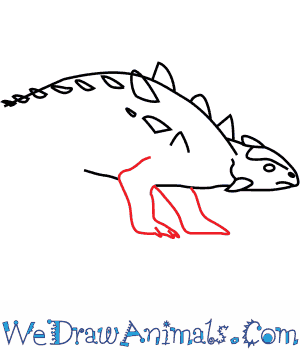 Step 5: Draw the front legs, which are low to the ground and bend the opposite of the back legs, and have large, flat feet. 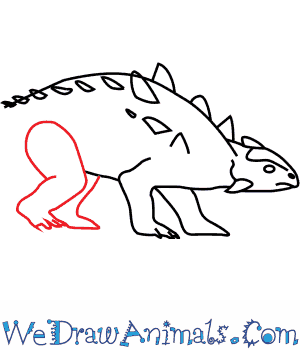 Step 6: Draw the hind legs, which bend with knees on the front and start higher on the back of the body, like most four-legged, or quadrupedal, dinosaurs. Draw the tail. This was the weapon of the ankylosaurus, long with two knobs of bone like a club at the end. Draw it sloping up, as if the dinosaur were using it to defend itself.

Interesting Facts about the ANKYLOSAURUS

The Ankylosaurus is a member of the dinosaur group and the scientific term for them is A. magniventris. Their Greek name “ankylo-saurus” means “stiff-lizard” in English, referring to its strong body. The Latin word “magni-ventris” means “great-belly” in English, because of the extreme width of its rib cage. Their tail was swung for defense as modern reptiles do, but this species could break the bones of other dinosaurs with it, since there was a large club at the end.

his large armored animal lived in western North America. The stocky creature with large scales had a triangular head wider than the head length, width a very wide body that had spikes along the edges down to the tail’s end. 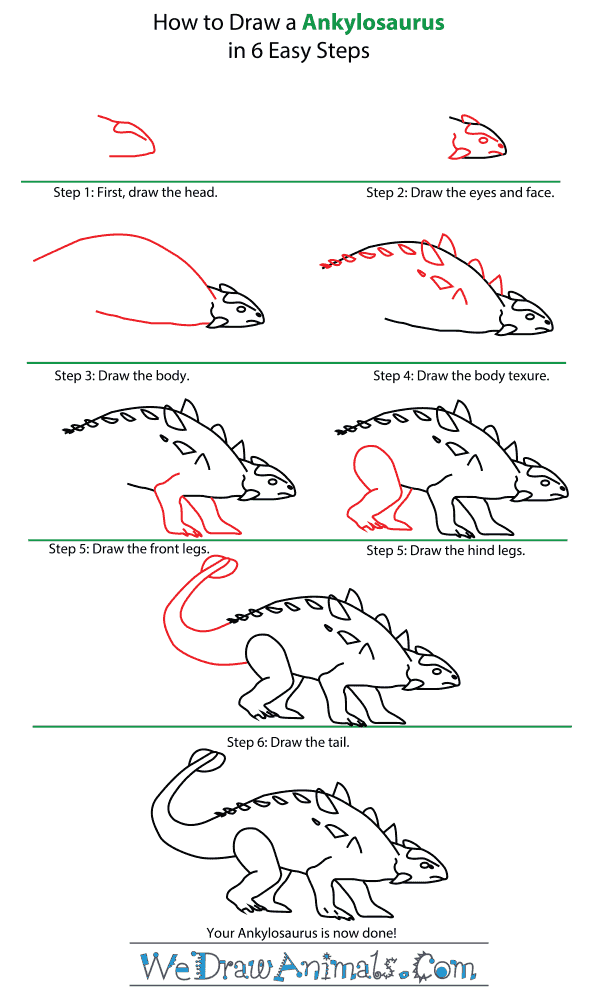 How to Draw an Ankylosaurus – Step-by-Step Tutorial