How to Draw a Dilophosaurus 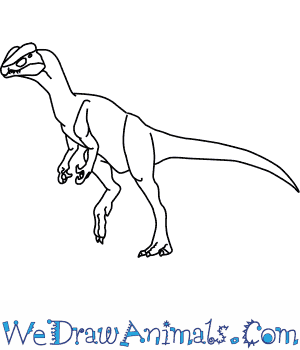 In this quick tutorial you'll learn how to draw a Dilophosaurus in 7 easy steps - great for kids and novice artists.

At the bottom you can read some interesting facts about the Dilophosaurus.

How to Draw a Dilophosaurus - Step-by-Step Tutorial 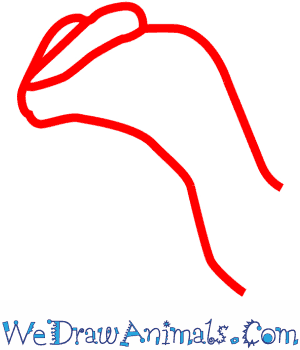 Step 1: First, draw the head. Include the neck sloping down vertically. The most distinct part of the dilophosaurus was the round crests on the top of its head; draw an oval above the face for this. 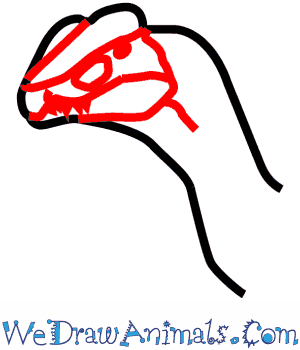 Step 2: Draw the face and eyes. There will be a few more boney parts like the crests around its face, so draw some more ovals, and don’t forget the eyes. Step 3: Draw the body, with a long bumpy line sloping downward for the back, and a series of lines for the underside of the dilophosaurus, leaving gaps for the legs. 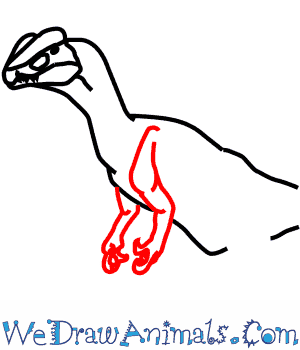 Step 4: Draw the front legs, which hang down straight like arms, and have large claws like hooks that face upwards. 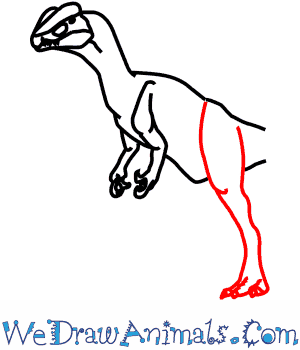 Step 5: Draw the first hind leg, with a thigh that starts very high on the body. For the bottom part imagine an ostrich leg, with a large foot. Remember that birds evolved from dinosaurs. 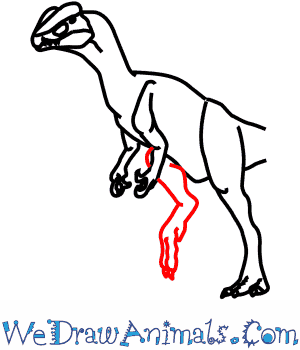 Step 6: Draw the second hind leg on the other side of the body. Imagine this leg is raised like the dilophosaurus is running. This one will be bent and the foot, rather than being flat to the ground, will hang a bit. Draw long, sharp toes on this one. 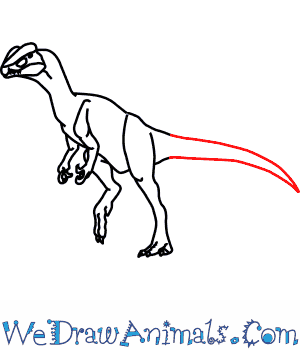 Step 7: Draw the tail, with two slightly bowed lines that meet at a point. The tail would be almost as long as the dilophosaurus’ body.

Interesting Facts about the DILOPHOSAURUS

The Dilophosaurus is a member of the dinosaur group and the scientific term for them is D. wetherilli. Their Greek name “di-lopho-saurus” means “two-crested-lizard” in English, referring to its pair of high ridges on the head. The word “wetherilli” refers to the original founder of this species, John Wetherill. This species lived in western-central North America since its bones were found there. The teeth of this species were weak, so it probably fed on animals that were already dead.

hese were probably fast and agile runners because the leg bones were centered under the pelvis. Spinal segments were distant, indicating that buoyancy reduced compression of the backbone, probably because they were shallow water dwellers. Furthermore, since the shape of their skull’s brain case is similar in shape to intelligent animals, they were likely a smart species. 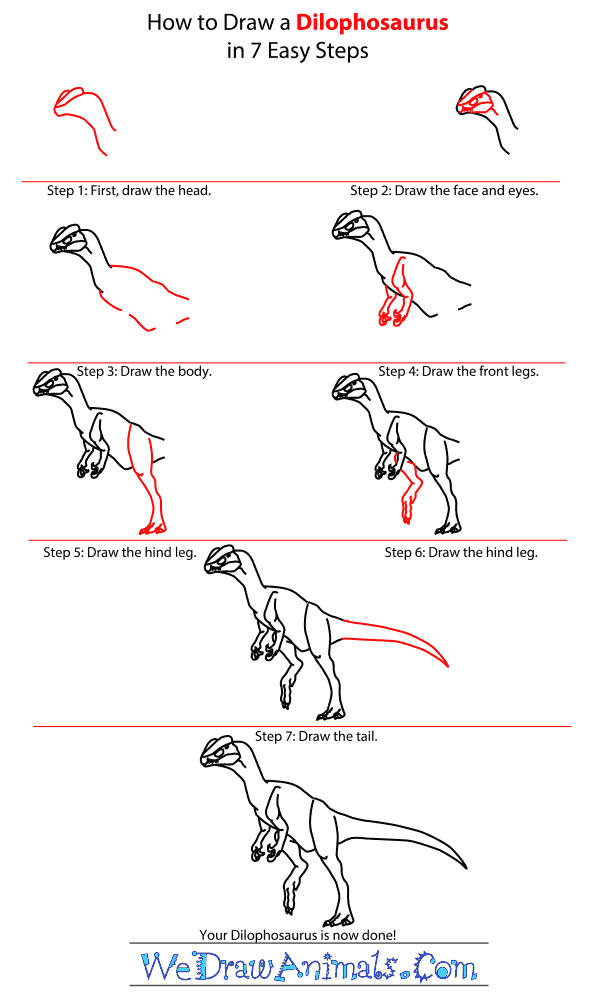 How to Draw a Dilophosaurus – Step-by-Step Tutorial